The Pentagon reportedly wants to cancel the mid-life refueling for the aircraft carrier USS Truman, an unexpected move that would save $1.5 billion in fiscal years 2021-23, but only $16.9 million in 2020. More than a desire for cost-savings seems to be at work here.

The decision to prematurely retire Truman likely represents the first skirmish in an internal Pentagon clash concerning the future warfighting relevance of aircraft carriers. The debate pits those who believe aircraft carriers are obsolete against those who are confident that new tactics, weapons, and changes to the carrier air wing can keep the aircraft carrier the critical component of the joint force for the foreseeable future.

Foreign Policy reports that Acting Secretary of Defense Patrick Shanahan and key members of his staff believe the days of the U.S. aircraft carrier are largely over in the face of increasingly advanced threats from China and Russia. Supposedly, the Navy had to cancel the Truman refueling to get Shanahan’s approval of its recently announced two-carrier block buy.

It may seem illogical to retire one aircraft carrier early while buying two new carriers. However, cutting or delaying a new Ford-class carrier would have far greater impacts on the industrial base and production costs than cancelling a refueling overhaul. If not refueled, the Navy’s only option would be to retire Truman with more than 20 years left in her planned life.

The Pentagon reportedly plans to direct the money saved by retiring Truman early to pursue technologies it deems better-suited for the current threat environment: attack submarines, unmanned naval systems, hypersonic weapons, artificial intelligence, and cyberwarfare. While these represent likely critical technologies in the return to great power competition, they are just a fraction of the numerous military systems needed to implement the 2018 National Defense Strategy and the Navy’s new Maritime Strategy. Yet to be offered is any evidence that these emerging (and in several cases, immature) technologies can replace all the capabilities a carrier strike group can bring to bear.

Clearly, these new technologies have the potential to revolutionize future warfare and the future fleet. They could also increase the effectiveness and survivability of the carrier strike group. Yet most of these systems are still in their infancy, and the U.S. Navy is only now experimenting to determine how they will be integrated.

Meanwhile, a U.S. supercarrier uniquely provides a globally deployable airfield that can respond rapidly and does not depend upon the approval of any host nation. Hence the legend that the first question a U.S. president asks when an international crisis erupts is: “Where is the nearest aircraft carrier?” The enduring forward presence of U.S. aircraft carriers also provides a credible conventional strategic deterrent to potential adversaries while reassuring U.S. allies and maritime partner nations.

While long-range anti-ship missiles directed by satellites and unmanned aerial systems present a real threat to U.S. carrier strike groups, the challenge is by no means insurmountable. Military history is replete with examples of reaction and counter reaction. To overcome French defenses, the Germans developed the doctrine of the blitzkrieg. To protect against IEDs, U.S. forces fielded mine resistant ambush protected vehicles, or MRAPs.

Similarly, to maintain the advantages of carriers, the Navy needs to field new long-range carrier strike aircraft (manned and unmanned) that are more survivable against sophisticated air defense systems. Additionally the Navy must develop new tactics and strategies that attack an adversary’s weaknesses rather than simply defend against its strengths (e.g., “kill the archer” instead of attempting to defeat large missile salvos).

Compared to a fixed land airbase, which cannot maneuver, a carrier is much more survivable with its inherent air and missile defenses and electronic warfare capabilities. In the specific case of the Indo-Pacific region, U.S. land-based strike aircraft have a much greater challenge than carrier-based aviation in reaching targets in the South China Sea across the vast ocean distances from “safe” air bases outside Chinese missile range.

In budget debates and the growing competition for funding, the importance of building a military that can deter adversaries from starting conflict—not just win wars—is often under-valued. While cyberwarfare, AI, submarine-launched missiles, and other advanced military systems may be essential to winning the next war, to be effective they often must remain hidden from or even unknown to potential adversaries. They do not provide the same deterrent effect and strategic messaging as a carrier strike group operating near a regional aggressor.

In sum, the Pentagon’s decision to retire USS Truman is shortsighted and counter to the desires of U.S. military commanders. Leaders of U.S. Central Command and European Command have both recently said they need more carrier strike groups deployed to their regions to support military operations and deter potential adversaries such as Russia. Navy leaders have also testified that, even with the current fleet of 11 aircraft carriers, they cannot meet the joint force requirement to keep two aircraft carriers constantly deployed and three more ready to surge within 30 days.

Truman’s early retirement will reduce the number of aircraft carriers from 11 to 10 by 2025. However, it is even worse than that because not all of these 10 carriers will be deployable. The next two Ford-class aircraft carriers, USS Kennedy and USS Enterprise will not be ready to deploy for several years past their projected 2021 and 2026 delivery dates. The Navy will also have one Nimitz-class carrier continuously undergoing mid-life refueling and modernization until the mid-2030s, resulting in, at most, eight available carriers. This will likely force the Navy to either sacrifice readiness to meet operational demands or gap the carrier presence in one or more the key regions identified in the 2018 National Defense Strategy: the Indo-Pacific, Europe or the Middle East.

Retiring the Truman more than 20 years early is an ill-conceived decision the Pentagon is sure to regret. With appropriate modifications in tactics, organization, and systems, carriers can continue to provide unmatched warfighting capabilities for at least the next 50 years. Rather than abandon these unique ships in favor of unproven technologies, Pentagon leaders should help the Navy develop and field improved manned and unmanned strike aircraft, long-range weapons systems and other emerging technologies that will ensure the aircraft carrier remains a survivable and critical piece of the Joint Force for years to come.

Thomas Callender is a senior research fellow specializing in naval warfare and advanced technologies for The Heritage Foundation’s Center for National Defense. 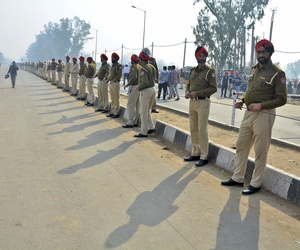 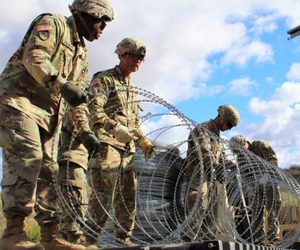 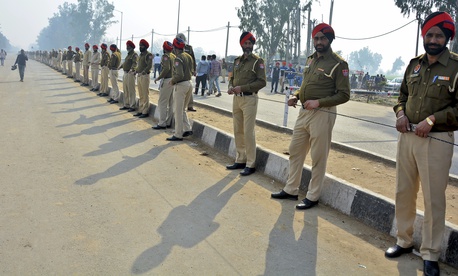 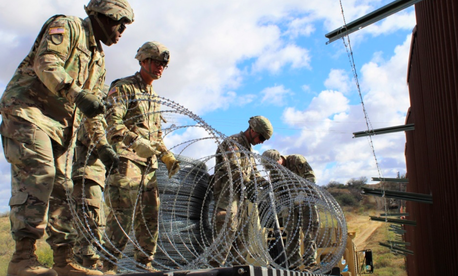