In this Sunday, March 31, 2019 file photo, laundry dries on a chain link fence in an area for foreign families, at al-Hol camp in Hasakeh province, Syria.

Many are victims of the terrorist group. But others have demonstrated their resolve to use violence and seek revenge for the Caliphate.

As U.S. forces reduce their anti-ISIS efforts in Syria, and amid the group’s calls for lone-wolf revenge actions after the death of Abu Bakr al-Baghdadi, we must focus on a largely overlooked subset of its radicalized supporters: women. While security services have generally tended to approach women as victims, female participation in ISIS has evolved beyond caretakers and housewives.

In August, Pentagon officials estimated that the group still controlled a force of some 18,000 fighters, including some 3,000 foreigners. But thousands more might soon rejoin the group, freed from ad hoc detention centers as U.S. troops and its allied Syrian Democratic Forces, or SDF, flee ahead of Turkish armor and infantry.

When ISIS was in its final days of retreat, many of its fighters and their family members ended up in SDF detention facilities. Some 11,000 men, including 2,000 foreigners, were housed in such towns as Kobani and Ain Issa. One of the largest facilities is the al-Hol camp, 25 miles southeast of Hasaka, which holds some 70,000 people. Most are believed to be civilians displaced by the Syrian conflict, but as many as 30,000, including 10,000 foreigners, remain loyal to ISIS, SDF general Mazloum Kobane told the Washington Post earlier this month.

ISIS women residing in al-Hol and other camps are some of the group’s staunchest supporters. These are not rank-and-file “jihadi brides” who traveled to Syria and Iraq following a romantic dream. These are the women who truly believed in ISIS’s ideology, who stayed with the group through the collapse of the territorial Caliphate. Among them are women who are convinced that “ISIS will not end” and who “pray for the caliphate to return.”

Related: The US Literally Doesn’t Know How Many ISIS Fighters Have Escaped In Syria

In detention, many ISIS women have used their time to promote the group’s ideas. In al-Hol, ISIS adherents worked to impose religious classes on all residents, set up a secret Sharia court, and assert their dominance through a brutal regime of fanaticism and violence. Women who refused to comply have faced severe punishments. One Azerbaijani girl was murdered, allegedly for refusing to wear her niqab. A pregnant Indonesian woman was killed after she reached out to a Western media organization.

ISIS has supported its detained members, and sought to use the camps as a springboard, smuggling in guns. Some women have attacked guards with knives and hammers. “Daesh militants have stepped up their regrouping efforts through women in the camp recently,” SDF spokesman Mustafa Bali said in September. The SDF’s Mazloum warned, “There is a serious risk in al-Hol. Right now, our people are able to guard it. But because we lack resources, Daesh are regrouping and reorganizing in the camp,” he said.

More recently, ISIS has dedicated significant resources to freeing its members from detention facilities. Over the summer, ISIS’ online “Justice for Sisters” campaign raised thousands of dollars to pay smugglers to free women from detention. ISIS has also bribed guards and funded small-scale breakout plots. al-Baghdadi’s last known address to his followers urged them to “destroy the gates.” “How can a Muslim accept to live while Muslim women are suffering in the displacement camps and the prisons of humiliation,” he said.

Al-Baghdadi’s loyalists took immediate action. In al-Hol, people dressed as security guards have helped a number of ISIS women escape. Most of the escapees were from Europe and might have fled to Turkey. Observers on the ground have warned that these women might attempt to make their way back to European countries.

Since the U.S. withdrawal and the Turkish offensive, more news sources have reported jailbreaks. On October 13, it was reported that close to 800 women and children with ties to ISIS broke out of the Ain Issa camp. While this number might be exaggerated, other sources corroborated that indeed a number of women have escaped. France’s foreign minister confirmed that nine French women were among them. While the fate of these women remains unknown, some of them might have already reunited with ISIS. In a message to her family, one escapee said, “We have just realised that it is (Isis) that has retrieved us.”

ISIS women breaking out of detention in Syria present a number of dangers.

First, some of these women are well positioned to become the next generation of fighters. Though ISIS leaders originally preferred women stay home to care for men and children, this changed when the group started losing territory in 2015. In December 2016, the group’s al-Naba magazine appealed to women to prepare for jihad. Ten months later, ISIS issued an unprecedented call to women urging them to prepare “themselves as mujahidat [female warrior] in the cause of Allah.” Female ISIS fighters were spotted in the battle for Mosul in 2017. In February 2018, ISIS released a video that purportedly showed women fighting alongside male mujahedeen. It is reasonable to assume that ISIS leaders will continue to rely on women to replenish its fighting force, and even dispatch female agents to stage terrorist attacks across the world.

Second, ISIS women can recruit new members. Western women were especially active in online recruitment for the Caliphate, and a number of Umm (the Arabic word for mother) have established a strong jihadist presence online. For instance, the wife of Paris attacker Amedy Coulibaly published ISIS propaganda under the name of Umm Basir al-Muhajirah. British Aqsa Mahmood posted online content under the name of Umm Layth. ISIS supporters leaving detention camps have plenty of stories to tell. “We ask, ‘Were you able to contain the Mujahideen’s women that you are keeping in your rot camp’? We tell you, ‘No, they are now a ticking bomb’,” one of them said in a video allegedly filmed in al-Hol. These women may continue to spread their radical views online, help recruit ISIS members, and incite terrorist attacks remotely.

Finally, the closed confines of the detention camps has likely helped ISIS women raise their children to be, as al-Baghdadi, said, “the next generation of the caliphate.”

It is critical that more attention is paid to ISIS-affiliated women. Indisputably, many women are victims of the terrorist group. But many others have demonstrated their resolve to use violence and seek revenge for the Caliphate. Security services need to revise traditional gender stereotypes and take female ISIS agency seriously. They should prepare to deal with militant female ISIS members. In addition, governments should take responsibility for their women remaining in detention in Syria and Iraq. They should repatriate women and children and provide them with required physical and psychological assistance. Should these people remain in detention camps or disappear into the arms of ISIS, they may in the long run become ever more dangerous.

The views expressed are those of the author. 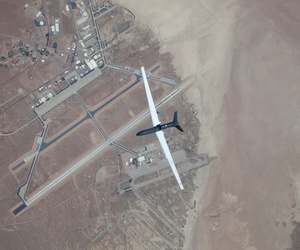 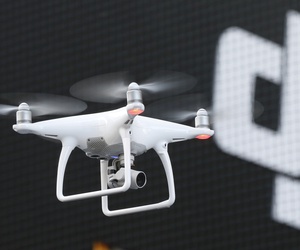 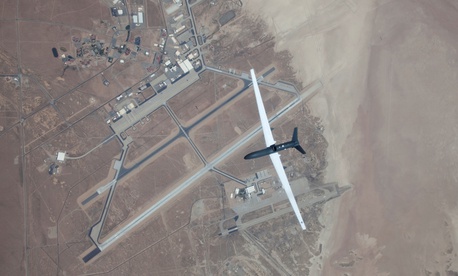 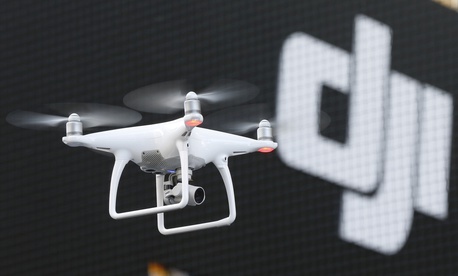