Witnesses told the Associated Press they watched helicopters scoop up soldiers, but the witnesses couldn’t tell the extent of the medevac’d troops injuries. No group has yet claimed responsibility for the bombing, but it’s well known that the Taliban have deep roots in Kandahar. ISIS, on the other hand, tends to stick more to eastern Nangarhar province.

Adds the Journal: ISIS “has repeatedly struck Shiite mosques in the capital, including a June bombing that killed six. Tuesday’s attack came the day after Islamic State militants stormed the Iraqi Embassy compound in the city’s center, engaging in an hourslong gun battle with Afghan security forces.” More here.

US Army Boosts Spending on Genetically Engineered Spider Silk for in Body Armor, Underwear // Patrick Tucker: What’s almost as tough as Kevlar, as flexible as silk, has the DNA of a spider but comes from a worm? Something the Army is looking to buy for as much as $1 million.

Trump Wanted a Cheaper Air Force One. So the USAF Is Buying a Bankrupt Russian Firm’s Undelivered 747s // Marcus Weisgerber: The service is reportedly getting a good deal on the jets, which list for around $390 million and are now sitting in the Mojave Desert.

America’s Top Drone Company Just Teamed Up with a Chinese Industry Titan // Mike Murphy: Less than a year ago, DJI knocked the California-based 3D Robotics out of the consumer market. Now, the US firm has turned to software — and a partnership with its vanquisher.

What’s Left to Sanction in North Korea? // Krishnadev Calamur: It’s already one of the most isolated countries in the world. Can further financial punishment really change its decisions?

Welcome to Wednesday’s edition of The D Brief by Ben Watson and Bradley Peniston. OTD1939: Albert Einstein and Leo Szilárd urge President Franklin Roosevelt to be work on the atomic bomb. Have something you want to share? Email us at the-d-brief@defenseone.com. (And if you’re reading this on our website, consider subscribing. It’s free.)

The U.S. Air Force test-launched an unarmed ICBM today from the coast of California. See the view from Vandenberg Air Force Base, via a video shared by the USAF’s 30th Space Wing, here.
Says Kingston Reif, of Arms Control Now: This is the fourth test of its kind this year, coming in at a total cost $39 million. This morning’s launch, he writes, is “Not a response to North Korea but part of ‘routine’ Minuteman III sustainment.”
The Associated Press has a few more numbers associated with the launch, here.

Tillerson is not using nearly $80 million meant to monitor and counter ISIS propaganda and Russian disinformation, Politico reported Tuesday. “[M]ore than five months into his tenure, Tillerson has not issued a simple request for the money earmarked for the State Department’s Global Engagement Center, $60 million of which is now parked at the Pentagon. Another $19.8 million sits untouched at the State Department as Tillerson’s aides reject calls from career diplomats and members of Congress to put the money to work against America’s adversaries.”
The bigger picture: “Current and former U.S. officials call it the latest example of a severe slowdown in department decision-making; of Tillerson’s reliance on a coterie of political aides who distrust State’s career staffers; and a casualty of President Donald Trump’s intention to slash State’s budget, which has Tillerson looking for ways to reshape the department and spend less money, not more.” Read the rest, here.

Introducing: Hamilton 68, a dashboard that tracks Russian propaganda on Twitter, from the German Marshall Fund’s Alliance for Securing Democracy.
The goal: “develop comprehensive strategies to defend against, deter, and raise the costs on Russian and other state actors’ efforts to undermine democracy and democratic institutions.”
How they intend to do that: “work to publicly document and expose Vladimir Putin’s ongoing efforts to subvert democracy in the United States and Europe.”
Said one of the project’s leads, Clint Watts, former FBI agent and U.S. Army veteran: “The first step countering Russia Active Measures is awareness — Hamilton68 hopes to do this… During the Cold War, the U.S. Information Agency would do this; today, I’m not sure who is responsible for countering Russia Active Measures.” So Watts says they started this “because someone should, [and] no one would.” Check it out for yourself, here.

ICYMI: Spanish and Finnish Hornets intercepted a pair of Russian MiG-31s and an An-26 near Estonian airspace on Tuesday, Reuters reported Tuesday.
Adds CNN, “The incident between NATO and Russian military aircraft comes less than 24 hours after US Vice President Mike Pence visited Estonia where he reaffirmed America’s commitment to NATO’s collective defense clause in the face of Russian aggression.” More here.

Turkish military heads to roll. “Turkey’s Supreme Military Council (YAS) decided on Wednesday to replace the heads of the army, air force and navy, local media reported,” according to Reuters. “The decisions made during the meeting will be presented to President Tayyip Erdogan for approval.”

Qatar watch: Turkey and Qatar’s militaries conducted joint drills Tuesday with about 250 Turkish soldiers and 30 armored vehicles, AFP reported. “The exercises come as Ankara presses on with its unequivocal backing of Doha in the crisis triggered by the political and economic isolation of Qatar by Gulf and other Arab states led by Saudi Arabia.” More here.

Iran finds new ways to arm the Houthis in Yemen, “western and Iranian officials” told Reuters. “For the last six months the Islamic Revolutionary Guards Corps (IRGC) has begun using waters further up the Gulf between Kuwait and Iran as it looks for new ways to beat an embargo on arms shipments to fellow Shi’ites in the Houthi movement… Using this new route, Iranian ships transfer equipment to smaller vessels at the top of the Gulf, where they face less scrutiny. The transhipments take place in Kuwaiti waters and in nearby international shipping lanes, the sources said.”

We turn to Libya now, where the Washington Post’s Sudarsan Raghavan traveled through Tripoli to find “long lines, kidnappings and murder.”
The BLUF: “Six years after the revolution that toppled dictator Moammar Gaddafi, the mood in this volatile capital is a meld of hopelessness and gloom. Diplomatic and military efforts by the United States and its allies have failed to stabilize the nation; the denouement of the crisis remains far from clear. Most Libyans sense that the worst is yet to come.” Full story, here. 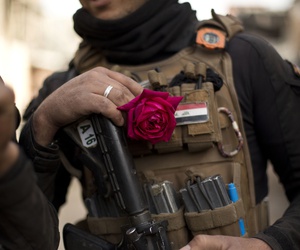 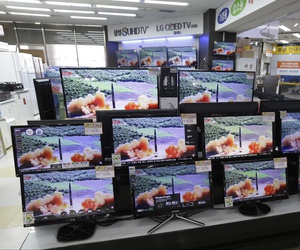 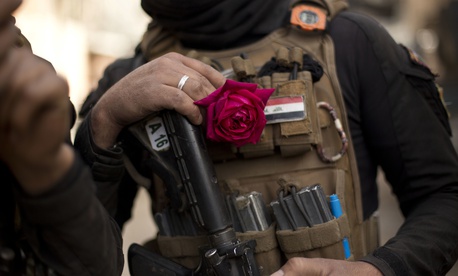 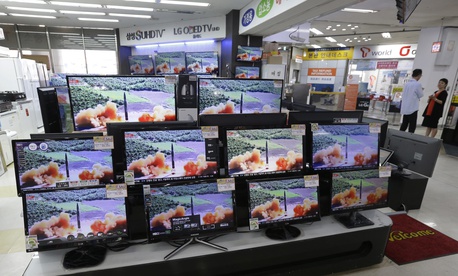