A new poll shows an overwhelming majority of Americans are tired of the war in Afghanistan. By Matt Vasilogambros 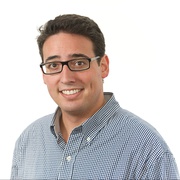 Twelve years of war is a long time—not just for the troops fighting, but also for the American public watching the final stages of the U.S. drawdown. And it looks as if this war fatigue is translating in the polls.

Americans are now questioning the very motivation for going to war in the first place.

Now, only 28 percent of Americans think the war in Afghanistan has been worth fighting, according to an ABC News/Washinton Post poll released on Friday. Following the terrorist attacks on Sept. 11, 2001, Americans, by and large, were united in wanting to track down the people responsible (as high as 90 percent in 2002). But after 2,000 deaths in America's longest war, 67 percent of Americans don't think it was worth it.

This poll, conducted July 18-21, represents an 11-point drop since March. During that time, countless headlines about Afghanistan have been marked with the unmistakable tension between the U.S. and Afghan governments.

The U.S. has tried to find some semblance of a victory in this conflict, ramping up troop levels after President Obama came into office. But with the increase in drone attacks and pressure from the Afghan government, the U.S. is following through with what the American people have wanted for some time: a steady drawdown of troops, which is scheduled to be complete in 2014.

Now, military leaders and officials within the Obama administration are debating whether to leave a small number of military personnel on the ground to continue helping with training Afghan security forces and providing other logistical assistance with counterterrorism missions. However, in recent months, some officials have floated the "zero option," which would withdraw all U.S. personnel from Afghanistan in the coming months.

And this widespread drop of approval for the war in Afghanistan crossed party lines, as well as race and gender. Obama's approval rating on foreign policy may be down in recent weeks, but Americans agree with him on one thing: getting out of Afghanistan.

NEXT STORY: Congress: We're Still at War and We're Not Closing Gitmo