A senior French defense official offered a sharp rebuke to the United States for what she described as an increasingly transactional approach to allies.

“NATO’s solidarity clause is called Article 5, not Article F-35,” French armed forces minister Florence Parly said Monday morning at the Atlantic Council during a brief visit to Washington. “I’m personally more concerned at the notion that the strength of NATO solidarity might be made conditional on allies buying this or that equipment. The alliance should be unconditional, otherwise it’s not an alliance.”

Although Parly did not mention President Trump by name, his administration was the clear target of her remarks. Trump has made arms sales a central focus of his foreign policy approach, and his White House has pushed a “Buy American” initiative intended to help boost purchases of U.S. military equipment. The initiative has raised eyebrows in Europe, where some NATO allies have suspected it to be the main point of the Trump administration’s push to get alliance members to meet their 2-percent-of-GDP military spending goal.

France, whose own companies compete with the U.S. defense industry, purchases only specialty equipment from the United States, such as Reaper drones.

“We are not going to finance it for them but we will make sure that they are able to get payments and various other things so they can buy — because the United States makes by far the best military equipment in the world, the best jets, the best missiles, the best guns, the best everything,” he said at a news conference.

In his most recent budget proposal, Trump has also sought to revive a failed effort from the early days of the administration to offer flexible loans to countries to help them purchase everything from trucks to military training to fighter jets and drones.

A State Department official said that it will be seeking up to $8 billion for the program, which, according to the budget overview, will “make U.S. defense equipment a more competitive and more affordable option for partner countries.”

Trump has broadly raised fears about the U.S. commitment to NATO, reportedly discussing with aides a U.S. withdrawal and publicly hammering allies over their defense spending.

Parly insisted that France “fully supports the U.S. insistence on the 2 percent,” and she emphasized that the U.S. and Paris share “an excellent bilateral relationship.”

“But what Europeans are worried about is this,” she said. “Will the U.S. commitment be perennial? Should we assume that it will go on as was the case in the past 70 years?” 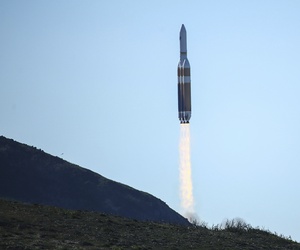 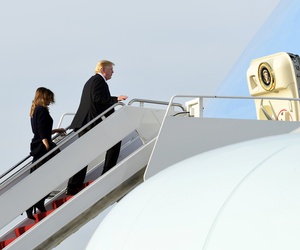 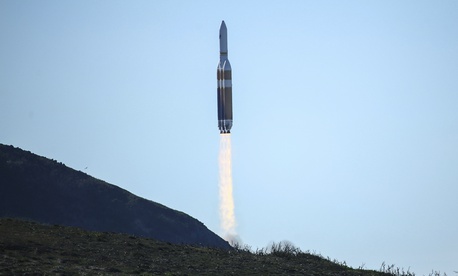 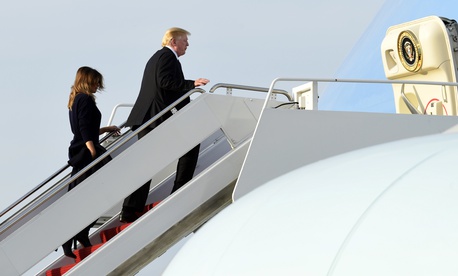