President Donald Trump speaks during a meeting with Canadian Prime Minister Justin Trudeau in the Oval Office of the White House, Thursday, June 20, 2019, in Washington.

The president’s 2020 reelection campaign looms large over the decision whether to retaliate for a downed drone.

The last-minute uncertainty swirling around U.S. deliberations over whether to strike Iran reflects the inherent tension between President Trump’s desire to appear tough on the world stage and his abiding ambivalence about military involvement in the Middle East, analysts and former officials say.

Much of Washington spent Thursday in a defensive crouch, waiting to see whether the White House would authorize some kind of retaliatory strike after Tehran downed a U.S. surveillance drone in the Strait of Hormuz. Iran claims that the drone was operating in Iranian airspace; the Pentagon disputes it. But by 9 o’clock that night, officials at the Pentagon had gone home.

In Trump’s telling, he had approved retaliatory strikes on “3 different sights [sic]” but changed his mind after “a General” informed him that they would probably kill 150 people. “10 minutes before the strike I stopped it, not proportionate to shooting down an unmanned drone,” he tweeted.

Whether to launch the strikes was a matter of fierce internal debate until the last minute, the New York Times reported. Pushing for retaliation were Secretary of State Mike Pompeo and national security advisor John Bolton, who has long called for preemptive and punitive strikes and regime change. Trump has said that he “tempers” Bolton’s “strong instincts.”

But the infighting is less between the president and Bolton as it is between Trump and…Trump, some former officials say.

“I think the president is trying to reconcile two factors: He really fervently believes that he was elected as president to stop wars and not to get the U.S. into new wars,” said Fred Fleitz, who served briefly as Bolton’s chief of staff on the National Security Council. “But on the other hand, he recognizes that he may have to use military force against Iran. But he doesn’t want to. He wants a diplomatic solution. I think he’s wrestling with these two factors and trying to reconcile them.”

Looming over the decision is Trump’s reelection campaign for 2020. Some of the president’s fiercest defenders — including conservative lawmakers on Capitol Hill and Fox News host Tucker Carlson — have cautioned against military action against Iran, suggesting there is little appetite for it in the president’s loyal base.

“Some response may be appropriate, but full engagement definitely is not going to get support,” Rep. Mark Meadows, R-N.C., who frequently talks to the president, told the Washington Examiner.

Still, getting tougher on Iran is attractive to many Republicans, who have long excoriated President Obama’s 2015 nuclear deal. The agreement, which Republicans derided as too narrow, traded sanctions relief for caps on Tehran’s nuclear weapons program. Trump withdrew from the accord in 2018 and instituted a “maximum pressure” campaign that ratcheted up sanctions on the regime in a stated effort to bring Tehran back to the negotiating table for a new deal.

But instead of capitulating, Iran launched what the Trump administration has termed a “campaign” of escalatory actions since early May. (“Every single European government believes that the increased threat we’re seeing from Iran now is a reaction to the United States leaving the Iran nuclear agreement and trying to force Iranian capitulation on other issues,” Kori Schake told the Times.) Last week, the United States pinned a pair of attacks on a Norwegian and a Japanese-operated oil tanker on Iran.

“I told the president that these conflicts have a way of escalating,” Senate Minority Leader Chuck Schumer told reporters after a meeting with senior officials at the White House. “The president may not intend to go to war here, but we’re worried that he and the administration may bumble into a war.”

Since his insurgent 2016 campaign, Trump has expressed reluctance to involve the United States in military conflict in the Middle East, pointing to President George W. Bush’s widely criticized invasion of Iraq. In late 2018, Trump announced the abrupt withdrawal of the roughly 2,000 U.S. troops in Syria, a move that came over the head of his senior military advisors and provoked the resignation of then-defense secretary Jim Mattis.

Even publicly, Trump has appeared to look for ways to back away from a possible confrontation with Iran. After tweeting that Iran had made a “big mistake,” Trump suggested that downing the drone might have been an accident.

But he has also threatened on Twitter to “end Iran” if it threatens the United States. Throughout his presidency, Trump has appeared enamoured of U.S. military might. He has bragged about building up the military; sought to hold a major military parade in Washington, D.C.; and referred fondly to “my generals” in the early days of his presidency.

Critics argue that Trump’s contradictory rhetoric has raised the risk of miscalculation leading to conflict, because the Iranians don’t know what the president wants or might do. Fleitz says that the threat of force combined with the unpredictability could follow the same model as Trump’s handling of North Korea. The president first threatened “fire and fury,” before turning to publicly fawning over North Korean leader Kim Jong Un. “This worked with North Korea, it got North Korea to the negotiating table,” Fleitz said, adding that “I don’t know if that will work with Iran.”

“The conflict here is not with his advisors,” Fleitz said. “The conflict is for the president to reconcile these two factors, of staying out of wars and taking what might be necessary military action against Iran.” 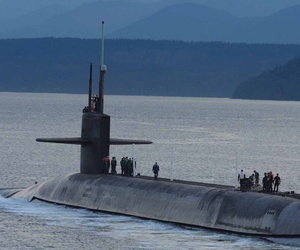 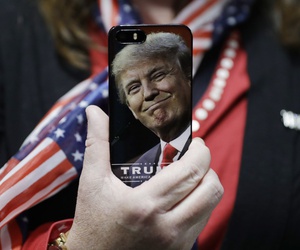 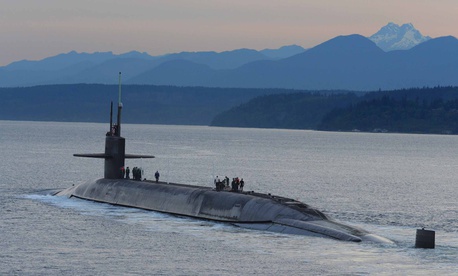 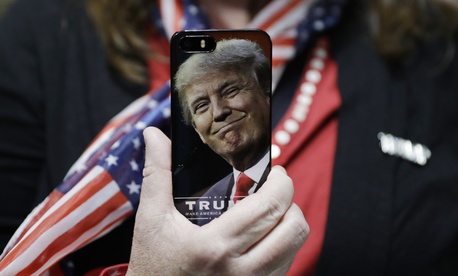