Six months out from the January 1 deadline by which all U.S. military jobs will open to women unless exceptions are sought by the services, special operations leaders past and present took on the topic of women in combat.

Looming large in the debate are the Cultural Support Teams, or CSTs, small groups of women recruited from across the Army, Guard and Reserve to accompany Rangers, SEALs, and other special operations units. (My book Ashley’s War tells the story of these women as they moved from selection through training to night raids and other combat operations in 2011.) Now that experience is being cited to show what women bring to the fight, even as the question of whether they will be able to become SEALs and Rangers in their own right remains a question mark.

Eric Olson, a former commander of U.S. Special Operations Command and an architect of the CST program, spoke Thursday about future roles for women in special operations. Here is a transcript of his remarks, which came in response to questions from reporters at the 2015 Aspen Security Forum:

Olson: “There have been female operators in the special ops community for a long time. They have gone as far forward, they have stayed as long, they have lived under the same conditions as the men.

“They have served in our military information support roles, they have served in our civil affairs roles, they have performed with great distinction, sometimes quite heroically. And there is much more opportunity for women to serve across the special operations community, so I do see increased roles for women across special operations. That doesn’t mean that I am a proponent of all military occupational specialties being open to all women all the time, but I do think there is much more that women can do in very important roles in combat environments.

“There are women who have served as attachments to SEAL platoons and Green Beret ODAs [operational detachments] and Marine Corps teams — very small levels — and they are forward with a dozen or 15 people and two of them might be women.

“If the question is, ‘What will it do to unit cohesion?’, I don’t think that is really the right question. I think it is, ‘What does it do to tactical decisionmaking in the field?’ Which is a big question about how tactical leaders will respond to being in a position to put women to take the first bullet on a target. There has been great success with women on targets and the Cultural Support Teams [whose creation was spearheaded by Olson], which have been written about some lately , were quite effective, but I will just remind you that their role on target was to be women, not to be combat soldiers, and the first thing they did when they fast roped out of the first helicopter on the target was to take their helmet off, let their hair down and corral the women and children and have a very important mission on the target that only they could do. And I think that expanding that kind of role for women in ways that women can perform that men can’t is something I think we ought to seek every opportunity to do.

“If you are asking me personally as an American male, the answer is yes — but I don’t want to sound like an old white guy. I think that we are only having part of the discussion on women in combat and this wasn’t supposed to be about that, but since you asked, I think that we need to ask ourselves as a society if we are willing to put women in front-line combat units to take the first bullet on target? Are we willing to cause every 18-year-old girl to sign up for selective service?

“Are we willing to cause women to serve in infantry units against their will as we do men? About 30 percent of infantry units are men who didn’t volunteer to be in front-line combat, and if we are willing to order women into combat not just let them volunteer for it, then that is an entirely different discussion. If we are going to have equal opportunity, then we also have to have equal obligation to serve in those very dangerous roles, and if we are as a society willing to stop saying ‘women and children first’ and instead say ‘every man for himself’ on a sinking ship, then that is the kind of discussion we ought to be having because it does affect how we think about women in very dangerous roles. So that is my sense of it at this point. And I am not in a position to do anything about it, but I know that decisions will be made here in January 2016 regarding what roles women will have.”

On Friday, current USSOCOM commander Gen. Joseph Votel addressed some of the same issues at the Aspen event:

Q: “Where are you on the women-in-combat issue?”

Votel: “So, SOCOM, like all of the other services, has been looking at this issue for quite some time now. We’re going through a pretty deliberate process. We’ve done a lot of surveys of the force here to understand what the impacts might be, we’ve certainly looked at all of our standards, we’ve been working closely with the Marine Corps and the Army and other services to an extent at the various programs and activities that’re going on to gather information, so we can make really informed recommendations to the Secretary of Defense. So we’re on track with all of that. So, by the early part of the fall, we’ll make some — if we determine that we seek some exceptions, we’ll go to the secretary and make our case.”

“I would just say this about SOCOM: SOCOM needs diversity. We need people of color, we need men, we need women to help us solve the problems that we deal with. In many ways, SOCOM has been at the leading edge of integration of women into critical positions that find them in far-forward locations. In my experience, our use of cultural support teams—where we’ve taken female soldiers from across the variety of specialities, given them special training, and put them with our strike forces out in Afghanistan, and really opened up 50 percent of the population that we just could not get to as males. And so it was definitely value-added. It’s interesting to me when I look at some of the surveys of our force, and that’s reflected from our people. So we need good people: men, women, people of all colors.”

Q: “Will there be a single standard?”

Votel: “That is absolutely the bottom line. This is about meeting the standards for the task that the nation expects us to be able to do. If people can meet the standards, then we should be able to integrate them.”

Kedar Pavgi contributed to this report from Aspen, Colo. 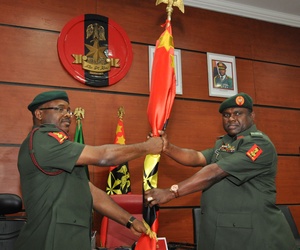 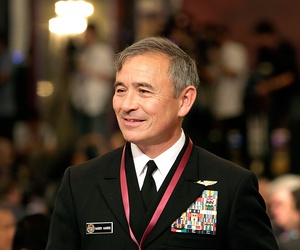 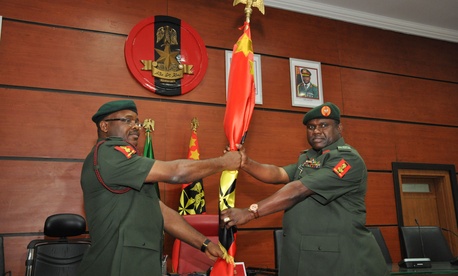 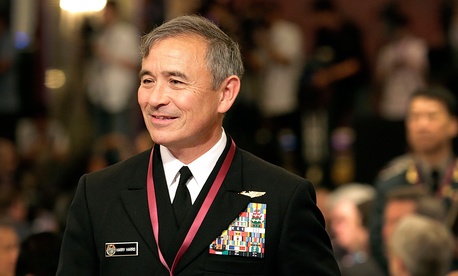