Innovation, Partnership Help Lockheed Martin Take Long-Range Missiles to the Next Level
Skip to Content
What you need to know about the defense industry - in your inbox.
Business
India To Let Women Fly Fighter Jets

Women make up only 8.5% of India's Air Force, but will they see combat any time soon? 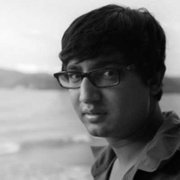 On its 83rd anniversary, the Indian Air Force has made a surprise announcement: Women pilots will soon fly its fighter aircraft.

“We have women pilots flying transport aircraft and helicopters, we are now planning to induct them into the fighter stream to meet the aspirations of young women of India,” Air Chief Marshal Arup Raha said, according to an NDTV report.

If the air force’s latest manoeuvre is successful, it will mark the entry of women into combat roles in the Indian armed forces, although India’s defence ministry has been rather tepid about such moves in the recent past.

When contacted by Quartz, India’s defence ministry spokesperson said that he wasn’t aware of the announcement.

The air force hasn’t yet revealed what exactly triggered this move, even though as recently as a year ago, Raha had reportedly shown reluctance to allow women pilots fly fighter aircraft. “As far as flying fighter planes is concerned, it’s a very challenging job,” he explained. “Women are by nature not physically suited for flying fighters for long hours, especially when they are pregnant or have other health problems.”

For over a decade now, a small but successful group of women have served the Indian armed forces with distinction. Women comprise about 3% of the army and navy’s total strength, while the air force does better at 8.5%. The Indian Air Force’s women officers either serve in technical and ground branches, or fly transport aircraft and helicopters.

A number of air forces around the world already have women pilots flying fighter aircraft, including in the US, Israel and Pakistan. Even North Korea has a couple of women fighter pilots, whom the country’s leader Kim Jong-un describes as “flowers of the sky.”