Perspecta's View: Six Steps for DES to Capture Innovation
Skip to Content
Get all our news and commentary in your inbox at 6 a.m. ET.
Ideas
Congress Must Be Willing to Do More With Less Defense Spending

Those who think America spends too much for national defense are as mistaken as those who think that larger defense budget numbers translate into strong security. By Rep. Duncan Hunter 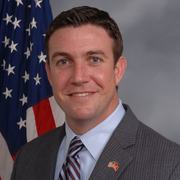 When it comes to the Defense Department budget, the benefits of a strong national defense aren’t always visible or the product of any one weapons program or strategic initiative. While it’s true that no other country in the world matches the United States in terms of dollars spent on defense, no other country faces the same threats as America does or is equally capable of contributing to the overall state of global security. That makes America unique.

This reality is nothing new. In fact, the rise and success of the U.S. has required robust resources and manpower for a first-rate fighting force. It’s no mistake that the U.S. military is the best in the world and investments in previous years and decades are paying dividends today. In Afghanistan, for instance, U.S. Marines and soldiers are operating across rugged terrain and mountainsides, carrying with them leading edge weaponry and communication tools. Their tactics and skills, acquired through top-notch training and real-time experience, are a fitting compliment to their high quality resources. The same goes for American firepower and assets. From the pilot whose mission is close air support, to the drone operator who can deliver ordnance with pinpoint precision and the aircraft mechanic who turns wrenches on complicated, battle-tested airframes, the U.S. military is superior on all levels.

To any adversary, America’s military is more than just technological prominence in the battle space. It’s also the best lead and best prepared fighting force, and will remain that way as long as investments in U.S. national security continue. This doesn’t necessarily mean more dollars, but rather smarter budgeting and prioritization within a budget area that, for better or worse, faces massive and disproportionate cuts over the next decade through sequestration.

A superior military does not come cheap, nor does it come without generations of sacrifice and the application of lessons learned. The U.S. is still the world superpower, but there’s also the presence of an emerging China with its rapid militarization, and Russia, which brazenly crossed the sovereign borders of the Ukraine recently and continues provoking tensions that are reminiscent of decades ago. Factor in the unconventional nature of global terrorism and cyber intrusions and it’s evident that America faces an array of multi-dimensional threats requiring robust defenses.

Those who think America spends too much for national defense are mistaken, just as those who think that larger defense budget numbers translate into strong security. In attempting to strike a balance in recognition of today’s fiscal realities, the Department of Defense unveiled its fiscal year 2015 budget proposal on Tuesday, consisting of both high and low points. Ultimately, it’s the duty of Congress, empowered by the Constitution, to create the defense budget, but the Pentagon’s blueprint does offer some guidance that Congress would be wrong to overlook.

One recommendation worth consideration is the reduction in littoral combat ship purchases, from 52 ships to 32 ships. A cutback in the LCS would in fact produce considerable cost savings. But the significance of procuring 20 fewer ships signals a potential change in prioritization, whereby attention can be directed to alternate assets that are capable of operating more regularly in all regions. Building the naval fleet around LCS has never made any sense and cutting the LCS inventory by 20 ships will prevent overreliance on a shallow-water vessel.

There are other upsides, including some outside-the-box thinking on the Navy’s cruiser fleet, added investments in cyber security and a modest but needed increase in special operations forces. All of these decisions and more are sure to be discussed in the coming weeks and months as Congress moves ahead with its work.  While there are many aspects of the defense budget proposal that have been rightly declared dead on arrival, it will be important to separate the good from the bad and establish a defense budget that is singularly focused on protecting America’s security interests within the confines of a new budget environment.

Count me among those who believe sequestration is causing constraint and inflexibility that’s forcing the Pentagon and the military services to make less than favorable proposals – including reductions in force size. The inclusion of a $26 billion unfunded “wish list,” as perhaps an enticement for better judgment on the continuation of sequestration, right now amounts to nothing more than wishful thinking. It’s good for clarity, but far less realistic in a budget situation that is forcing tradeoffs and concessions.

My own belief is that sequestration is here to stay. So either the Pentagon and Congress accept that fact or we can pretend that it doesn’t exist. As a duty to ourselves and each other, we must all look at the budget and acknowledge how dollars spent now might be better spent in other ways to support the strongest national defense possible. I have ideas of my own and look forward to the year ahead, but at least the defense budget unveiled today, despite its downsides and problems, will prompt much deeper debate on priorities.

The military services have always shown they are capable of doing more with less. Now it’s time for everyone else, including Congress, to show a willingness to do the same.

NEXT STORY: Moving U.S.-German Relations Past the NSA Headlines