Innovation, Partnership Help Lockheed Martin Take Long-Range Missiles to the Next Level
Skip to Content
Get all our news and commentary in your inbox at 6 a.m. ET.
Ideas
More Troops, Not Nukes, Will Deter Russia

The nuclear weapons of the Cold War are useless to today’s hot conflicts in Europe. By Rep. Mike Quigley 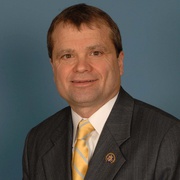 This month’s NATO Summit in Wales was a missed opportunity, as world leaders could have used this important gathering to begin the conversation of reinventing the outdated nuclear weapons strategies employed by the United States and NATO allies.

The key to maintaining an effective security policy in the face of constantly evolving threats is to have the courage to reinvent old policies developed decades ago to meet the needs of the current climate. Nowhere is this needed more than when it comes to U.S. nuclear weapons strategy.

Russia’s recent aggression in Ukraine understandably has the world on edge. With each passing day, we witness an escalation of hostilities that must be dealt with firmly and swiftly. At the NATO Summit, the alliance had to agree on meaningful steps to punish Russia, bolster NATO’s defenses and support Ukraine. But not every element of NATO’s power is useful in combating the Russian threat to European security. NATO’s nuclear weapons strategy in Europe is no longer relevant and has done nothing to stop Russia’s unlawful aggression, and the dollars being spent on these weapons have diverted critical funds from the conventional forces that actually provide a reliable deterrent.

Despite how drastically our security threats have changed since the Cold War, we continue to spend billions on a nuclear-oriented strategy developed decades ago. The U.S. decided to deploy tactical nuclear weapons in Europe more than 40 years ago to offset the Soviet Union’s conventional, nonnuclear military advantage. But today, NATO’s conventional advantage over Russia is unchallenged, and the precision and flexibility of conventional weapons are better suited to the current threat posed by Russia’s irregular and asymmetric warfare.

The U.S. currently deploys an arsenal of nuclear gravity bombs across Europe. Conventional wisdom suggests, in the face of Russian aggression, U.S. nuclear weapons in Europe serve as potent symbols of NATO’s commitment to the defense of the continent. But there are two problems with this line of thinking.

First, numerous U.S. military leaders have said these bombs are militarily useless and are not a part of any current military mission. Indeed, these “nuclear symbols” have failed to prevent Russia from annexing Crimea along with South Ossetia or Abkhazia before that. And they are clearly not stopping Russia’s invasion of Ukraine now.

Second, the U.S. arsenal of strategic nuclear weapons based in North America will continue to provide a “nuclear umbrella” for NATO countries for the foreseeable future. When Russia began its operations in Crimea, one of the first responses of the U.S. military was to fly nuclear armed B-2 stealth bombers into the region from bases here at home.

Not only are these weapons irrelevant to the current Ukraine crisis, they are increasingly costly both in terms of the real dollars it will take to maintain them and the opportunity costs of forgoing important spending on a more effective defense. In addition, the costs related to the European nuclear mission fall disproportionately on the American taxpayer.

As a member of the House Appropriations Committee, my job is to closely scrutinize how our taxpayer dollars are being spent. That is why, during consideration of the fiscal year 2015 defense spending bill, I included a provision calling on NATO’s European members to provide proportional funding for forward deployed nuclear weapons in Europe. If our NATO allies insist on continuing this outdated strategy, it is reasonable to ask them to pay their share of the bill.

The non-partisan Congressional Budget Office estimates the cost to deploy and rebuild the U.S. nuclear weapons in Europe over the next decade at $7 billion. This is money that could be put toward improving NATO’s conventional defenses. As NATO scrambles to find additional resources to aid nervous members bordering Russia, how can it make sense to continue spending billions of dollars on a nuclear mission that has no military value?

Russia must be held accountable for its illegal violations of Ukraine’s sovereignty and deterred from future aggression. The question is what is the best way to achieve that goal? The nuclear weapons we deployed for the Cold War, which ended two decades ago, are simply not the same weapons we need for the “hot” war threat that our eastern NATO allies, and Ukraine, face today. Spending taxpayer dollars on aging and increasingly irrelevant nuclear bombs is a bad investment, especially when it means diverting scarce dollars away from the type of defense that can truly protect our allies.

Rep. Mike Quigley is a Democratic member of the U.S. House of Representatives from Illinois’ 5th District and sits on the House Appropriations Committee.

NEXT STORY: How Retirement Threatens the Pentagon's Future Weapons