Inside the Disaster Zone
Skip to Content
Get all our news and commentary in your inbox at 6 a.m. ET.
Ideas
5 Reasons Obama’s Afghan Withdrawal Delay is Necessary But Not Sufficient

A former Green Beret and White House policy advisor ticks off the missing elements of success. 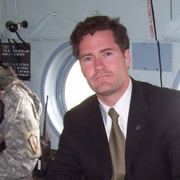 The situation in Afghanistan remains precarious. The Taliban are contesting Kunduz and holding more rural ground than they have since 2001; ISIS is threatening Jalalabad in the east. The unity government is paralyzed and the Afghan National Security Forces are taking unsustainable casualties. For many of us still heavily engaged in the country, President Obama’s decision to halt the long-planned U.S. withdrawal is welcome and necessary, but not sufficient. Here are some reasons why:

1. The current effort is not enough. If the Afghan government and military are barely holding out with the support of 9,800 American troops, how will 5,500 troops a year from now improve the situation? Today’s training and advisory effort is only engaged at the regional corps level, not the brigades and battalions actually doing the fighting. Our advisors are helping only with support efforts such as human resources and procurement. This kind of effort is important for long-term success at the institutional level but the Afghans need tactical operational support now. Additionally, as the security situation worsens, more of the U.S. boots on the ground will be devoted to protecting themselves, not helping the Afghans improve. It’s a downward spiral that this announcement doesn’t do much to help.

2. Too few eyes and ears. One of the most disturbing aspects of operating in Afghanistan at current troop levels is that we are essentially blind in the rural provinces where the Taliban and ISIS are gaining strength. Critical intelligence assets — particularly human intelligence resources — have been pulled from Afghanistan, either to meet the arbitrary troop caps set by the White House or to help out in to Iraq. The small counter-terrorism force envisioned by the Administration can only do so much; its capabilities will decline the longer our visibility remains limited.

3. We still say we’re leaving. Despite headlines that say President Obama has halted the withdrawal, the reality is that he has only delayed it by a year. The real message hasn’t changed since 2009: America is leaving, it’s just a matter of when. I was standing in my headquarters as a Special Forces officer in 2009 when the president announced the surge into Afghanistan and in the same breath also announced a timeline for withdrawal. One of my officers exasperatedly wondered aloud what would have happened if FDR had announced D-Day but also told the Germans we would only be in Europe for the one more year. The administration just doesn’t get how badly these signals of withdrawal and abandonment undermine our efforts and locals’ belief in us. Troop numbers and dates are irrelevant to most Afghans. What they need to hear is that the U.S. will stand with them for the long haul. They want to hear what the Germans, South Koreans, and Filipinos heard after WWII: that America is standing with you, that we will defeat Islamic extremism just as we defeated Communism.

4. The rules of engagement are still too restrictive. No matter how many troops are on the ground this year or next, if they are not allowed to choose how and when to engage the enemy or leave their fortified bases, then we may as well bring them home. Read carefully the press releases after the U.S. provides air support to the Afghans or conducts other strikes. The spokesmen invariably indicate that the insurgents were “affiliated with al Qaeda” or “a threat to the force.” That’s because the current ROE stipulates that U.S. forces can only support the Afghan Army if U.S. forces are directly threatened or if al Qaeda is involved. The effect is to drastically raise the bar for when the military command can engage the Taliban by forcing it to jump through legal hoops.

5. No path to reconciliation. Missing from the announcement today was any type of long-term political or diplomatic strategy to stabilize the country. Suppose I am wrong on the above points and this modest withdrawal delay actually improves the security situation. To what end? The administration is still pinning its hopes on reconciliation talks hosted by Pakistan. Why would the Taliban negotiate — much less ISIS — when they believe they are winning? We were on our way to forcing the Taliban to the table and negotiating from a position of strength during the surge in 2010 but our enemies knew they could just wait us out. Today’s announcement will do little to change their mind.

True to form, the Obama administration is determined to fight its plan rather than the enemy and the situation on the ground. Keeping 9,800 troops there a year longer may keep a catastrophe in Afghanistan out of the headlines for the remainder of the President’s term, but it falls well short of a long-term, comprehensive strategy to stabilize a nuclear-armed region and prevent another descent into chaos. In military terms, today’s announcement was adding a Band-Aid to a sucking chest wound.

NEXT STORY: Women Are On Front Lines Of Every Battle Zone, But Not In The Way You Think