Building Stronger Public Health through the Pandemic and Beyond
Skip to Content
Get all our news and commentary in your inbox at 6 a.m. ET.
Ideas
UK Beefs Up Its Defenses for a More Secure World

The new British version of the QDR is out, promising ‘smart and strategic’ investments in the UK armed forces. 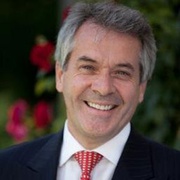 The recent tragic events in Paris and around the world are proof: the threats to global security are growing. The UK is taking action to ensure that it can protect its interests, including the 5 million British nationals around the world and those who depend on us as a trade and defense partner of choice.

In 2010, my government faced tough choices in the wake of the global recession. Now, we are proud to have a strong economy to invest in a stronger defense. As the Prime Minister David Cameron has said, “Economic security and national security go hand in hand.”

On Monday, the British Government set out the Strategic Defense and Security Review and National Security Strategy, a comprehensive look at how we plan to counter today’s threats by investing more in our armed forces and intelligence agencies in a way that’s smart and strategic.

What will this mean? It will mean increasing security and intelligence staff by 1,900 and establishing a highly capable deployable joint military force of up to 50,000 personnel. It will mean investing over $270 billion in our capabilities over the next decade—including doubling our investment in equipment to support our Special Forces. It will mean buying new nuclear deterrent submarines and maritime patrol aircraft. It will mean investing almost $3 billion to improve our cyber defenses. And it will mean expanding our influence in the Middle East and Asia-Pacific, while strengthening our partnership with the U.S., France and other NATO allies.

Our aid will help tackle global poverty, promote good governance, and help put an end to devastating diseases like Ebola. Those commitments reflect our approach—that development should work seamlessly with diplomacy and military action, to create a more prosperous and stable global community.

So we will not stand idly by against those who threaten our way of life, including terrorists such as the Islamic State, or ISIS, and cyber criminals. Our investment in defense and security shows that we will continue to harness all the tools of national power available to us. We are not shrinking, nor are we retreating.

As U.S. Secretary of Defense Ashton Carter has already said, "This approach positions the UK to continue to play a leading role in responding globally to a variety of threats, and sets an example for the rest of the NATO Alliance."

The UK remains committed to those who work to save lives around the world, from our Armed Forces to our aid workers in fragile countries. We remain confident in our military capabilities and our credibility as a world leader. And above all, we remain certain that our forces, military and civilian, remain among the best in the world, keeping us safe for generations to come.

NEXT STORY: Give Thanks for the OSS