After Yemen, Qatar, kidnappings and Khashoggi, it's time to reset the U.S. relationship with the kingdom.

Most observers have seen the murder of Jamal Khashoggi as the latest example of an age-old tension in U.S. foreign policy: the pursuit of national interests versus the defense of American values. Our leaders, this reading goes, abhor the brutal killing of a U.S. resident and Washington Post columnist, but security and economic considerations must temper their reactions. The government of Mohammad bin Salman is, after all, a friendly autocracy whose dollars buy our weapons and whose oil exports supply global markets. The United States needs Saudi help in opposing Iran, its support for a Middle East peace deal, its intelligence and operations to fight terrorism, and its commitment to ensure regional stability. Better, then, to signal displeasure at this latest horror but leave the broader relationship relatively undamaged—or even unchanged.

A balance between interests and values is implicit in statements by President Trump and Secretary of State Pompeo about the strategic partnership between Washington and Riyadh. Calling Saudi Arabia a “very strong ally,” the White House advisor Jared Kushner explained that “we have to be able to pursue our strategic objectives,” while “deal[ing] with what is obviously a terrible situation.” Others, like foreign policy scholar Walter Russell Mead, have urged Washington not to “ditch Riyadh in a fit of righteousness.”

But this frame represents a misreading of both the incident and the last several years of Saudi foreign policy. It’s also likely to encourage the wrong policy response. The hard reality is that the Khashoggi murder is one in a series of recent Saudi actions that have set back U.S. objectives in the Middle East—and Saudi ones as well. Continued partnership with Riyadh is possible and even desirable, but only if Saudi Arabia changes its approach.

The most prominent example of recent Saudi misfires is the grinding war in Yemen. Launched as a short-term operation to marginalize then-limited Iranian support for Houthi rebels, the conflict has dragged on for more than three years, with no end in sight. Riyadh and its Emirati allies have failed to reinstall the ousted government of Abdrabbu Mansur Hadi, and Iranian influence in Yemen is greater today than it was before the war began. As the conflict drags on, the belligerents have produced countless civilian casualties and induced famine and cholera. The war redirected Saudi and Emirati bombers away from the U.S.-led effort to hit Islamic State targets in Syria and Iraq, and it has undermined our shared aim of containing Iran’s regional expansion.

Related: Time to Rethink the Price of Partnering With Dictators

Related: The Week That Tied Mideast Experts in Knots

The Saudi-initiated embargo of Qatar proved no wiser. Accusing Doha of supporting terrorism and sympathizing with Iran, Riyadh – with no warning to Washington— joined the United Arab Emirates, Egypt, and Bahrain in severing diplomatic links, closing travel routes, and cutting off trade ties. The Saudi government issued public demands, apparently believing that combined pressure would induce Qatar to cave. But Doha didn’t fold, and the embargo only drove it closer toward Iran, which sensed economic and geopolitical opportunity in the Arab Gulf vacuum. Now Washington struggles to maintain productive relations with Qatar, host of the largest U.S. military base in the region, as well as its security partners in the Saudi-led bloc. The net result, as a State Department spokesperson put it, is an American “desire to see the Gulf dispute eased and eventually resolved, as it benefits Iran.”

Another false step was the Saudi kidnapping and forced resignation of Lebanese Prime Minister Saad Hariri, again after no consultation with Washington. Riyadh’s purported goal was to sideline Hezbollah—part of Hariri’s coalition government—as well as its Iranian sponsor. After being lured to the kingdom, Hariri resigned on Saudi television under obvious duress. As demanded, he blamed Iran. When a Houthi missile from Yemen landed near Riyadh, the Saudis went on to accuse Beirut of an act of war and order the evacuation of Saudi citizens from Lebanon. Yet the effort stemmed from a deep misunderstanding of Lebanese politics, and all of the measures backfired. Hariri regained power within weeks, and in the aftermath of the peculiar affair, Hezbollah emerged stronger than before. The result was the empowerment of a terrorist organization explicitly hostile to the United States and Israel.

Now the Khashoggi killing, wholly apart from its moral offensiveness, will make it far harder for the Trump administration to cooperate with Saudi Arabia on security and other matters, given the political backlash it has prompted in Washington and capitals around the world. In carrying out the attack in Istanbul, the Saudi government rested a measure of its fate in the hands of President Recep Tayyip Erdogan, who ordered the distribution of criminal evidence to the media. Erdogan no doubt recalls the crown prince’s characterization of Turkey (a troublesome but enduring American and NATO ally) as part of a “triangle of evil” that wishes to reestablish the Ottoman-era Islamic Caliphate.

These incidents do not tell the entire story of American interests in Saudi Arabia. Riyadh shares intelligence, collaborates on counterterrorism operations, and has cracked down on illicit finance. It has relaxed its previous hostility to Israel and reduced its support for extremist ideology abroad. And the Saudis are still capable of leveling an oil supply shock – particularly in an era in which the Trump administration expects their barrels to make up for diminishing Iranian exports – that would affect global prices and thus American consumers.

Yet Saudi Arabia is a less valuable strategic partner to the United States today than it was before Jamal Khashoggi’s horrific killing.

Whether American leaders prioritize hard-headed security and economic interests, and look at Saudi Arabia through the cold lens of realpolitik, or favor emphasizing values, a reset in relations with Riyadh is badly needed. The goal of U.S. policy should be not merely to punish transgressions but to induce better foreign policy behavior. As such, the Trump administration can use this latest tragic event as leverage. Washington should push Mohammad bin Salman and his government toward greater constructiveness and less adventurism.

It could start by applying sanctions under the Global Magnitsky act to those who carried out the Khashoggi murder, but it shouldn’t stop there. Congress and the Trump administration should condition weapons sales on concrete steps by Riyadh to end the disastrous war in Yemen. They should push hard for a repair of the Gulf rupture. The Trump administration should begin a serious dialogue with the Saudis about how to develop effective regional strategies. Above all, Washington should telegraph that a continued strategic partnership with Saudi Arabia is possible and desirable – but only if Riyadh acts more responsibly and with far greater principle.

The Khashoggi murder has catalyzed global opinion and opened up new possibilities in relations with Saudi Arabia. By demanding better behavior, it’s possible that even such a horrifying event could produce something constructive. That would be an outcome conducive to both American interests and American values. 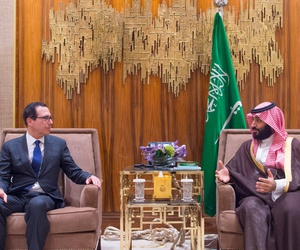 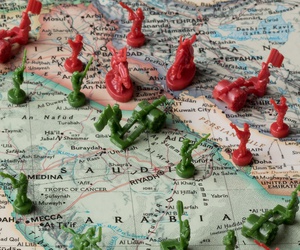 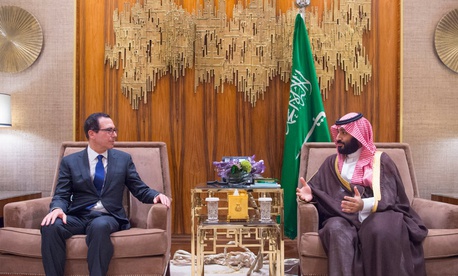 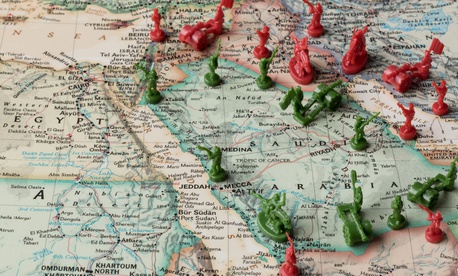