Congress likely won’t take action to rein in the military powers it granted the president after the 9/11 attacks—powers that Trump uses with the broad aim of countering Iran.

This fall, U.S.-led coalition forces escalated attacks in Syria once more, launching more than 1,000 air and artillery strikes, nearly all of them close to the border with Iraq, as Washington seeks to crush the Islamic State’s presence in the country before the end of the year. “They’re either here to fight to death or they’re just going to get killed because they have nowhere to go,” the coalition spokesperson Colonel Sean J. Ryan said of the remaining fighters.

After ISIS is defeated territorially, however—a goal that now looks to be an inevitability—what happens to the roughly 2,000 American soldiers stationed in Syria is murky. Officials have offered new counter-Iranian justifications for maintaining a military presence there, an argument that critics claim lacks legal standing and that leaves open the possibility of a deployment with no end in sight. And with Democrats having recaptured the House in midterm elections, Donald Trump’s administration may soon be under pressure to better justify that strategy, something that could prove much harder than expected.

There is a case to be made for maintaining at least some U.S. troops in Syria. The promise of extended American military support, for example, has helped cajole Kurdish fighters from inching toward Syrian President Bashar al-Assad’s regime, and has encouraged Saudi Arabia to pledge financial support to stabilize areas captured from ISIS, Hassan Hassan, a senior research fellow at George Washington University’s Program on Extremism, told me. American officials also believe the deployment could strengthen the United States’ hand in negotiations for a political settlement in Syria.

But whatever the political leverage offered by U.S. forces, the war itself is already decided in favor of the Assad regime. While many in the Trump administration want to avoid replicating what they see as the United States’ experience in Iraq, where a perceived early withdrawal ceded space to an extremist insurgency, the White House has offered another reason for keeping troops on the ground: Iran. Tehran has helped provide significant battlefield support to Assad’s forces, which, along with Russian help, has served to turn the tide of the conflict, and the White House’s overriding rationale for staying in Syria has shifted focus to Iran.

National-Security Adviser John Bolton stated in September that American forces would remain in Syria “as long as Iranian troops are outside Iranian borders, and that includes Iranian proxies and militias.” James Jeffrey, the U.S. envoy to Syria, said the same month that Washington was “going to be focusing on the long-range Iranian presence there and ways to get that out while we’re working on the Daesh problem,” referring to an Arabic pejorative for ISIS. And on the ground, the coalition has already used deadly force in several high-profile incidents with Iranian-backed or pro-regime forces.

It’s not a question unique to Syria either. In Yemen, the administration has responded to congressional scrutiny of its support for the Saudi-and-Emirati-led coalition by citing the danger not only of Iranian-linked Houthi rebels, but also of al-Qaeda and ISIS. But its ongoing attempt to lump justifications together—collapsing walls between what Congress has and hasn’t authorized—was dealt a blow last week, when the Senate voted 63–37 to consider a bill that would end support to the coalition.

The legality of any prolonged U.S. deployment rationalized by the threat of Iran is tenuous at best. When President Barack Obama ordered intervention against ISIS in 2014, he was able to justify it through the 2001 Authorization for Use of Military Force (AUMF), the salient portion of which runs just 60 words long and which was signed days after the 9/11 attacks, but which has since become the backstop of U.S. counterterror operations for 17 years.

Similarly, George W. Bush and Trump have used it as a basis for activities ranging from drone attacks in Yemen and Pakistan to air strikes in Libya and the deployment of U.S. forces across Africa. In Syria, the Obama administration used the AUMF to target ISIS—a group that didn’t exist on 9/11.

Still, no one, said Steve Vladeck, a law professor at the University of Texas whose work often focuses on the AUMF, “could argue with a straight face” that the AUMF applies to Iran, or to the Syrian government. Coalition members like the United Kingdom and France also each have their own domestic legal and political rationale for their involvement in fighting ISIS in Syria. Pulling them further into posturing against Iran may prove difficult, and they may resent the coalition being used for that purpose.

Department of Defense officials say U.S. boots on the ground will help staunch Iran’s ambitions and further protect Israel. The Pentagon has also argued an expansive right to self-defense that extends to partners such as the Kurdish-led Syrian Democratic Forces, the United States’ partner in Syria. The Pentagon and the White House explained past conflagrations with pro-regime militias, the shooting down of Iranian drones, and the reported killing of a number of Russian mercenaries as acts of self-defense.

Few outside the government have found those explanations sufficient. “The executive branch is failing to provide meaningful transparency about who it is claiming the authority to fight, for what purpose, and with what human rights and strategic consequences,” Hina Shamsi, the director of the ACLU’s National Security Project, told me. “And Congress has largely failed to conduct meaningful oversight that asks the hard questions and imposes limits on ever more expansive and spurious claims of war-based authority.”

While there is little prospect that the AUMF itself will change, Democratic successes in the midterms could at least mean a more probing Congress.

Democratic leaders such as Representative Adam Smith, the likely next chair of the House Armed Services Committee, have said that “oversight of sensitive military operations” will be a top priority. Even before the midterms, they had been pressing for clearer explanations of the American military strategy in Syria. At a House Armed Services Committee hearing in October, the Democrat Seth Moulton of Massachusetts grilled Assistant Secretary of Defense Robert Karem about Bolton’s remarks regarding Iran. “This is not an analytical judgement,” said Moulton, who served several tours in Iraq before being elected to Congress. “If your son or daughter was in Syria right now, and the national-security adviser said your daughter can come home when Iran leaves, it seems to me that’s pretty dependent on Iran.”

Pentagon lawyers have also been fielding additional questions about the rationale for the deployment from Democratic lawmakers, according to a congressional aide who declined to be identified for fear of harming his office’s efforts to get more information. And other members of the Armed Services Committee are gearing up. “The decision to expand the U.S. military mission in Syria beyond the defeat of the Islamic State is extralegal,” Democratic Representative Jimmy Panetta of California said in a statement to The Atlantic last week. “Congress has not authorized the use of force against Iran.”

Starting next month, more White House and Pentagon officials are expected to be called before Congress to explain the administration’s Syria policy. The session that Karem appeared at in October was the first such oversight hearing held in months. “Yet we still have little clarity from the Trump administration on the U.S.’s strategy in Syria,” noted Peter Billerbeck, a senior defense and foreign-policy adviser for Moulton.

Even though Democrats didn’t take back control of the Senate in the midterms, they have pressed for answers there, too, and will likely continue to do so after the Yemen vote last week. Senator Tim Kaine, a Democrat from Virginia, has criticized the Pentagon’s contention that American “collective self-defense” extends to U.S. partner forces, no matter who their alleged attacker is, and questioned whether Congress has authorized such military action. This year, Kaine and the Republican Bob Corker of Tennessee introduced a replacement for the AUMF, but legal critics said it missed the mark by effectively widening the executive branch’s ability to wage war in the future.

Senator Jeff Merkley of Oregon, a Democrat who is sharply critical of the status quo in Syria, has introduced his own bill that would limit the scope of future AUMFs and includes a sunset provision, requiring reauthorization every three years. “Congress has never voted to send troops to Syria, and certainly hasn’t authorized an indefinite presence there to counter Iran,” Merkley told The Atlantic. “It would be unconstitutional if the existing AUMF, which has already been stretched beyond recognition, were used to justify military action against Iran or stationing another generation of American men and women in a Middle East war zone.”

But in Syria, like Yemen, the underlying tension can only be resolved by confronting the AUMF itself, which Congress doesn’t appear any more willing to tackle in the coming years. In the Senate, there appears to be little appetite for a bill like Merkley’s—let alone one that a Republican president would sign. In the House, Democrats’ priorities are already piling up and attention is being diverted elsewhere, to matters like investigating the president’s finances or his administration’s contacts with Russia. The Pentagon and the White House may be better policed by Congress, but only under existing laws.

Even more oversight is also anything but assured. Research by the Dartmouth College professor Linda Fowler has shown that days of public hearings in Congress have fallen almost uninterrupted since the 1970s. “Productive oversight hearings play out over weeks or months, so they require patience and discipline from members of Congress, who must resist the impulse to chase after every headline,” she wrote in a recent analysis of the decline of foreign-policy oversight. The Democrats will have to buck these trends if scrutiny of the United States’ Syria policy leads to real stewardship of war-making powers. 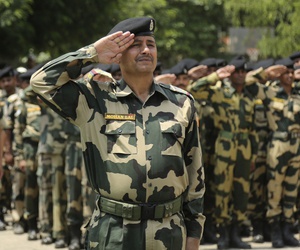 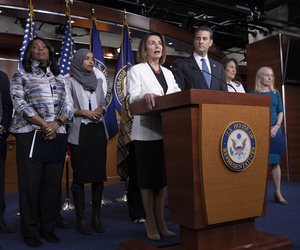 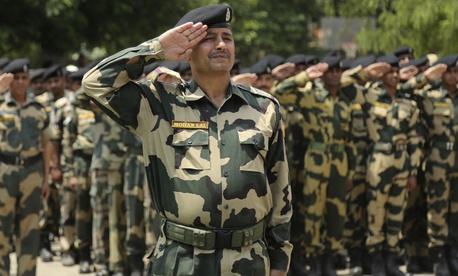 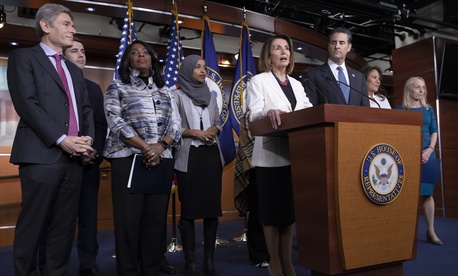