Trump wants a “big deal” with North Korea. Seoul would like him to settle for something a little smaller.

SEOUL, South Korea—Once Air Force One was wheels-up from Hanoi, Vietnam, last February, the American president phoned his South Korean counterpart and asked for help. Donald Trump had just walked out on nuclear negotiations with North Korea’s leader, but he hadn’t given up on diplomacy just yet.

Trump told Moon Jae In that “you need to talk to Kim Jong Un,” recalled a senior South Korean official who was aware of what was said during the call but spoke on condition of anonymity. Trump said “‘call him’ … something like six times.” Then, as the call was wrapping up, the U.S. president extended an invitation: “After that, come over to Washington, D.C. Let’s have lunch. We’ll talk about stuff, moving ahead.”

A different South Korean official, the presidential adviser Moon Chung In, said that Trump had another request during the phone call. He wanted President Moon to persuade Kim to embrace the “big deal” that the United States proposed at the Vietnam summit, involving complete denuclearization in exchange for peace and economic transformation, rather than North Korea’s smaller offer to dismantle its Yongbyon nuclear facility in return for the lifting of most sanctions. The White House did not immediately respond to a request for comment about the Trump-Moon call.

It’s not immediately clear whether the Moon-Kim call took place. Regardless, the South Korean president is now in Washington, on a mission to first persuade Trump, not Kim, to consider a compromise between the big and small deals. After meeting with Trump, President Moon is likely to hold a fourth summit with Kim, or send envoys to Pyongyang, according to four South Korean officials.

The collapse of the February summit stunned South Korean officials, who had pinned all sorts of plans for reconciling with North Korea on a breakthrough in Hanoi. Seoul is now working on a rather unfortunately named  “good enough” deal. But there’s no indication yet that Trump or Kim will accept it.

As South Korean officials describe it, the good-enough deal involves the United States and North Korea committing to a comprehensive agreement on peace, denuclearization, and new relations (a U.S.-style big deal) that will be implemented step-by-step (a series of North Korea–style small deals). The idea is to get North Korea to accept the end state, and the United States the process, that each dismissed in Hanoi. This good-enough deal would come in the form of a road map for reaching the desired goal within some specified time frame.

President Moon’s biggest potential obstacle in his meeting with Trump concerns economic sanctions against North Korea. U.S. officials such as Secretary of State Mike Pompeo and National Security Adviser John Bolton argue that maintaining sanctions is the key to compelling Kim to make a deal, while South Korean officials contend that easing sanctions could encourage the North Korean leader to strike an agreement. This is a fundamental philosophical difference that will have to be resolved for negotiations to progress.

The senior South Korean official who spoke about the Trump-Moon call suggested that Trump’s decision to walk away from the Vietnam summit was a response to political pressures back home to not strike a bad deal. The official noted that in Hanoi, the United States and North Korea had “strong agreement” on formally declaring an end to the Korean War, opening liaison offices in the other country’s capital, and providing North Korea with an economic-incentives package. U.S. negotiators, however, “crushed North Korea with their maximalist position” that Pyongyang completely give up not just nuclear weapons but also its biological and chemical weapons.

“A small deal is not a bad deal,” the senior South Korean official argued. If the Yongbyon complex were to be dismantled, North Korea would be eliminating its sole facility for producing plutonium and tritium for use in nuclear bombs, the official said. (The North has other suspected sites for producing highly enriched uranium and plenty of warheads and delivery systems for those bombs, which would all still exist if Yongbyon were destroyed. Experts disagree on how substantial a component Yongbyon is in the entire North Korean nuclear program.) Taking the facility out means “critically crippling North Korea’s nuclear capacity,” the official said.

While the Trump administration might want North Korea to swiftly dismantle its weapons of mass destruction ahead of the 2020 election, and Kim might favor a longer timeline, the South Korean government might seek a middle ground, said Moon Chung In, who is also a professor at Yonsei University in Seoul and said he was speaking in an unofficial capacity. He offered an example: “Within three years, major decisions to dismantle [the North Korean nuclear program] and normalize” relations, and then, over the “much longer term,” the “verifiable, complete, and permanent dismantling of nuclear facilities, materials, and weapons.” (President Moon has three years left in his term.)

Another aspect of the good-enough deal is jump-starting this process through an “early harvest.” (President Moon is headed to Washington not just with a phalanx of advisers, but also with plentiful buzzwords.) The harvest could include North Korea allowing foreign experts to inspect the destruction of a nuclear test site or missile-engine test site that it had promised to scrap. Or it could entail dismantling the North’s signature Yongbyon nuclear facility, plus what South Korean officials cryptically refer to as “alpha”: some additional denuclearization steps that the parties have yet to determine. In return, North Korea would receive political and economic benefits from Washington.

South Korean officials have been signaling that President Moon is likely to encourage Trump to be flexible on sanctions if the harvest is bountiful enough.

“Sanctions are a means to deter North Korea from making bad decisions. But sanctions themselves cannot fundamentally resolve our problems,” said Lee Do Hoon, South Korea’s lead nuclear negotiator, at a conference last week in Seoul, in his first public speech since the Hanoi summit.

In an apparent rebuke of U.S. hard-liners such as Bolton, Lee added, “North Korea has persisted [with] nuclear development through decades of sanctions and pressure. To believe that stronger sanctions and more pressure alone would make North Korea suddenly give up its entire nuclear program is an illusion.”

“I believe President Moon may suggest the idea that the United States ease sanctions on North Korea,” Moon Hee Sang, the speaker of South Korea’s National Assembly and a member of Moon’s party, told me. While the United States and South Korea are aligned on their goals for denuclearization and peace, he noted, they have some differences on how to achieve those objectives.

Moon Chung In said that Kim needed to deliver on his promises to dismantle his other nuclear test sites and missile-engine test sites in the presence of outside inspectors. If he were to do so, Moon reasoned, the Trump administration could permit some “relaxation of sanctions … not U.N. Security Council sanctions per se, but at least the U.S. can tolerate some kind of inter-Korean economic exchange and cooperation” or humanitarian assistance. (Reopening two of the most prominent inter-Korean projects, a resort and an industrial complex in North Korea, would require a raft of complicated exemptions to international sanctions.)

If the United States continues to take the position that it won’t lift sanctions until North Korea’s complete denuclearization, then “incremental implementation won’t work,” he conceded.

And so, after what the senior South Korean official described as “a very harsh internal debate” within the Moon administration about which aggrieved party to consult first, the South Korean president has gone to Washington.

Asked whether President Moon had talked with North Korea’s leader about his plans for getting nuclear talks back on track, Moon Chung In responded, “I don’t think so.” Lee Soo Hyuck, a member of Moon’s party and of the National Assembly’s Foreign Affairs and Unification Committee, also told me he didn’t think that Moon and Kim had been in contact.

The senior South Korean official would not confirm whether the two leaders have spoken since the Vietnam summit, though the official added that the South Korean government has been sending messages to North Korea through various means—including an inter-Korean military channel and liaison office, along with the Chinese and Russian governments—to “calm down” in the aftermath of Hanoi and not “do anything stupid,” such as abandoning negotiations or ending its suspension of nuclear and missile tests by launching a rocket.

“Some people have been arguing that President Moon should meet Kim Jong Un first—that is what President Trump wanted—and then go to Washington. But we can talk with the American president much more easily because we’re allies,” Moon Chung In said. He added that North Korea “wouldn’t accept” meetings with South Korean envoys if those envoys couldn’t speak to why Trump walked out of the Hanoi summit and what he now wants from North Korea.

President Moon is eager to meet with Trump “because the mood in Washington is getting worse,” and he’s trying to “separate” the president, who still seems to favor dialogue, from more and more vocal hard-liners around him, Joon Hyung Kim, a former foreign-policy adviser to Moon’s presidential campaign and a professor at Handong Global University, told me.

Whether he’ll succeed in his mission is uncertain, but at the very least, Moon will seek to limit the damage from the Vietnam summit’s collapse.

Since the abrupt end of the Trump-Kim Vietnam meeting, military relations between the Koreas are “not as great as we had hoped,” another senior South Korean official observed. Whether they are good enough, the official did not say. 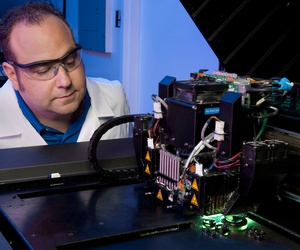 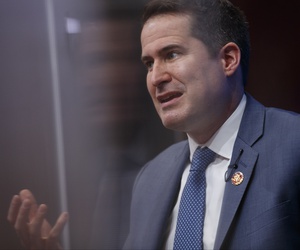 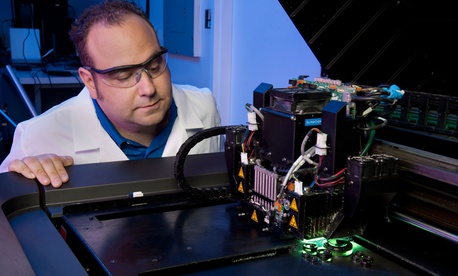 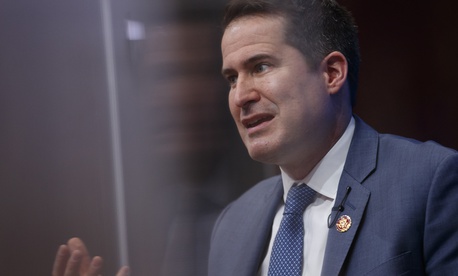