Innovation, Partnership Help Lockheed Martin Take Long-Range Missiles to the Next Level
Skip to Content
Get all our news and commentary in your inbox at 6 a.m. ET.
Ideas
The Strategy of Violent White Supremacy Is Evolving

The failed approach of “leaderless resistance” gets a second chance in the information age. 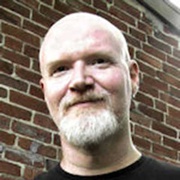 Distributed leadership is more difficult to combat than more ordinary influence patterns, where one or two relatively prominent figures have a disproportionately large influence over a large number of people. Nevertheless, movements marked by distributed leadership can be addressed through a variety of methods, including countervailing messaging and deplatforming or disruption. 8chan is currently down after the backlash from El Paso. While many of its denizens will find another online home, past studies of deplatforming suggest that repeated relocations erode extremist communities, even if they are not likely to eliminate the groups entirely.

If the leaderless paradigm remains complicated, so too does the resistance part of the equation. Leaderless resistance was originally conceived as a strategy to directly fight an oppressive government seeking to crush white supremacy under its jackbooted heel. This idea seems almost quaint in 2019.

Instead, something genuinely resembling leaderless resistance is emerging at a time when Americans are soberly debating whether the president is himself a white nationalist, a time when institutional white nationalists find some new presidential pronouncement to celebrate almost every week, and white-nationalist political priorities are being carried out by the government in real time.

Related: A Reformed White Nationalist Says the Worst Is Yet to Come

Not all white nationalists are satisfied, but in truth, they are getting far more of what they want from the mainstream political process than at any time in recent memory. While the current social and political landscape is volatile and unpredictable, brutal massacres do not obviously help the cause of white nationalism just as it is reemerging from the shadows, and they may hurt it deeply.

Terrorism has always been a double-edged sword, as Timothy McVeigh learned when his attack produced condemnation and loathing instead of inspiring the revolution he had hoped for. In the short term, at least, the El Paso attack (coming between two other significant acts of gun violence) has resulted in substantial calls for more aggressive action against the white-nationalist movement, although it is unclear whether real change is afoot.

And all of this may also be mere prologue. While white nationalists are currently enjoying the most hospitable political environment they have seen in decades, America’s electoral system creates constant opportunities for change. The 2020 election, accompanied by uncertainty about America’s future direction, seems unlikely to calm the waters. What kind of country will emerge after the election is anyone’s guess.

Leaderless attacks will likely be with us for the foreseeable future. Twenty-seven years after Beam published his essay, though, it is still too soon to know whether they will ever amount to something like a resistance.

NEXT STORY: A Reformed White Nationalist Says the Worst Is Yet to Come