President Donald J. Trump participates in a bilateral meeting with President of the Republic of Turkey Recep Tayyip Erdogan at the G20 Japan Summit Saturday, June 29, 2019, in Osaka, Japan.

Did the president betray the Kurds or help dismantle a contradictory strategy in Syria? Both.

In times of policy confusion, there’s a stock phrase some Trump officials reach for, almost like a mantra: “We’ve been very clear.” Trying to explain why the president seemed to be opening the way for Turkey to attack America’s Syrian Kurdish partners, a senior administration official intoned it again and again: Trump wasn’t endorsing an invasion; he was just moving a handful of troops out of the way in case there was one.

The confusion, of course, came from a sudden Sunday-night statement from the White House, which said Turkey was set to invade northeastern Syria and the president wouldn’t leave U.S. troops there to get involved. Swift, severe, and bipartisan condemnation followed; the United States was leaving the Syrian Kurds, its best partner against ISIS, who had shed the blood of thousands of their own fighting a terrorist group that threatened America, to face a well-armed state enemy alone. Just as much as the statement was a betrayal of friends, it was a telling moment in the demise of a fatally contradictory strategy.

That strategy was forged by a president, Barack Obama, who never wanted to get involved in Syria, and is being haphazardly sustained by another, Donald Trump, who has repeatedly said he wants to get out. Across two administrations, it’s been characterized by “expansive goals, limited resources, and constantly utilizing these resources just a bit too late,” said Jasmine El-Gamal, a nonresident senior fellow at the Atlantic Council who worked on Syria issues at the Pentagon for five years, from the beginning of the Syria conflict.

“The real tragedy of the whole Syria conflict is that we never understood, or wanted to understand, that behind every one of those challenges that we were trying to address”—terrorism, the refugee crisis, the humanitarian catastrophe the conflict became—“was [Syrian President Bashar al-] Assad himself,” El-Gamal told me. She noted that when Obama decided to intervene against ISIS in 2014, and later to launch a train-and-equip program for local forces, his administration specified that they were not to fight Assad, only ISIS. “That is the biggest contradiction of all,” she said.

From that contradiction flowed many others. The U.S. decision to back the Syrian Kurds against ISIS was always fraught, and not just because of America’s own repeated history of courting and then abandoning the Kurds in wartime. U.S. officials routinely praised their competence in battle and highlighted their sacrifices in fighting ISIS. But the Syrian Kurdish militias were also considered by Turkey, not to mention U.S. intelligence, an offshoot of the designated terrorist group the Kurdistan Workers’ Party, which waged a decades-long insurgencywithin Turkey in a bid for its own autonomy.

Thus the seeds of Sunday’s betrayal of one partner, the Kurds, were sown in an earlier betrayal of a treaty ally, Turkey. If it were the U.S. in Turkey’s position, it would be as if a NATO ally—say, the U.K.—were supporting an al-Qaeda statelet in Mexico in order to fight some other group there, but offered to help keep it 20 miles away from the border.

Or not exactly like that, because the U.S. actually tried to get Turkey to help against ISIS, and found Turkey’s own proxies in Syria “riddled with extremists, many tied to al-Qaeda,” in the words of Brett McGurk, who served as Obama’s, and then Trump’s, envoy to the coalition to defeat ISIS until he resigned in 2018. The Kurds, meanwhile, were a non-state partner of the United States, and they faced enemies from numerous sides. These included Turkey as well as potentially the regime of Assad, who vowed to take back “every inch” of Syria and warned: “To those groups who are betting on the Americans, we say the Americans will not protect you.”

“I do think [U.S. Syria policy] is collapsing under the weight of its contradictions,” Jennifer Cafarella, the research director at the Institute for the Study of War, told me. “We’ve decided to become involved enough [in Syria] to be accountable for what happens, but not enough to actually determine the outcome,” said Cafarella, who thinks the U.S. should be giving more support to the Kurds.

In a call with reporters yesterday afternoon, a senior administration official inadvertently highlighted the incoherence of the friendships the U.S. has been trying to maintain with two mortal enemies in northeast Syria. Trump, this official said, was acting to protect American troops from getting caught in the crossfire between the Turks and the Kurds. So the plan was that American soldiers would have to retreat from one friend, Turkey, and abandon another, the Syrian Kurds, for fear of getting killed by either one.

But the contradictions are even bigger than that. As Trump’s Syria envoy, James Jeffrey, explained this summer, the U.S. policy objectives in Syria are threefold: to get Iranian forces out of the country, to ensure the lasting defeat of ISIS, and, through a political process, to change the behavior of the Syrian government—without seeking regime change per se. (“That’s for the people to do under a UN process,” Jeffrey told the Aspen Security Forum in July.) All these things were supposed to fit together; with political reconciliation could come a withdrawal of international forces, including America’s and Iran’s; with a legitimate regime in charge of the country could come lasting security.

Except that it was hard to see how the U.S. could do all these things with its limited investment in the country, or even whether the president was on board with all that, given his repeated statements that the U.S. was in Syria to get rid of ISIS. (Indeed, this was why Trump announced, via tweet in December 2018, that U.S. troops would be coming home: “We have defeated ISIS in Syria, my only reason for being there during the Trump presidency.”) Trump was eventually talked into leaving a residual force in the country, and a slow drawdown has been under way since then. But who was going to ensure the removal of, in Secretary of State Mike Pompeo’s words, “every last Iranian boot” from Syria? For that matter, who was going to guarantee a political settlement? And who was going to deter Turkey from moving on the Syrian Kurds?

Whatever Trump personally wanted in Syria, his administration had expanded the objectives beyond the mere defeat of ISIS while decreasing the resources available to achieve them.

Nor did anyone really believe that the defeat-ISIS job was actually done. It certainly wasn’t done when Trump’s press secretary announced the end of the territorial caliphate in March, to be immediately contradicted by the Kurdish-led Syrian Democratic Forces, who were even then still engaged in battle. But even in the months since the Kurds themselves confirmed the fall of the Islamic State’s last patch of territory, national-security experts and Defense Department reports have warned about the fragile end of the “caliphate,” highlighting the endurance of ISIS networks. In Syria, at least, the SDF was continuing to fight them, not to mention run the prisons that kept thousands of ISIS suspects, including about 2,000 foreign fighters, off the battlefield. The administration repeatedly pressed European allies to take back their citizens and were repeatedly stymied; Trump more than once threatened the Europeans with mass releases of ISIS prisoners near their shores unless they started taking the problem seriously. And following the final fall of ISIS territory, thousands of former residents poured into the al-Hol camp, also administered by the Kurds, where visitors have described horrific humanitarian conditions and a breeding ground for radicalization.

Prior to Sunday, the whole thing looked like it could blow at any minute. But the status quo was holding tenuously in northeastern Syria—even as Russian planes pounded Idlib province to the west, with targets including hospitals. There were even some grounds for optimism on the diplomatic front. The U.S. and the Turks had forged an agreement to conduct joint patrols in northeastern Syria in the hopes of helping assuage Turkish security concerns; U.S. officials told me that despite Turkish President Recep Tayyip Erdogan’s months of threats to attack the Kurds, there was no appetite for such an operation within the Turkish military.

Then came the Sunday phone call, which matched up two leaders at odds with what their own security bureaucracies wanted. One U.S. official familiar with the call, who spoke on the condition of anonymity to discuss internal matters, told me Erdogan had descended into a rant about how the so-called U.S.-Turkey joint security mechanism wasn’t working, claiming that he had been lied to and that the Americans didn’t understand Turkish security concerns. He reiterated the threat to invade, and Trump, according to this official, said he would neither support the operation nor leave Americans in the middle of it. (An unnamed Turkish official offered a different account, according to CNN, calling the conversation an “exchange of views” and saying Trump had raised no concerns about violence.)

What followed the White House’s Sunday statement resembled the furor over Trump’s 2018 withdrawal tweet, albeit with some key differences. For one thing, he was not actually talking about a full withdrawal this time—just a relocation of some 50 to 100 special-operations forces, according to the senior administration official on the phone call, away from outposts near the Turkish border. There were no resignations over the betrayal of friends, like that of McGurk and Defense Secretary James Mattis, who had personally provided the Kurds with reassurances of American commitment, only to see the president make liars of them later. But there was the same bipartisan condemnation, with even traditional Trump allies such as Senators Mitch McConnell and Lindsey Graham condemning the policy.

There was also the same sense of confusion about what would really change. Officials at the State Department, the White House, and the Pentagon moved to contain the damage throughout Monday, stressing that the statement didn’t give Turkey a green light to invade and that the U.S. would in no way support such an operation. The Pentagon put out a statement saying Turkey had been warned of the risks; a senior State Department official told reporters that the mere movement of troops was really no change in policy, according to Bloomberg’s Nick Wadhams. The senior administration official on the phone call repeatedly stressed that Trump had made the decision on his own—not under pressure from Erdogan—and that Trump had not endorsed the operation. “There’s no green light,” the official said. “We’re protecting our troops.”

Meanwhile, Trump, having relented to Erdogan’s sensitivities the night before, was suddenly threatening Turkey on Twitter Monday with economic decimation if it did something unspecified he didn’t like. On Tuesday, he was insisting that the U.S. had not abandoned the Kurds—“who are special people and wonderful fighters”—but also that America’s relationship with Turkey “has been very good,” before once again threatening Turkey with economic devastation, as Erdogan accepted an invitation to the White House. The policy was very clear. 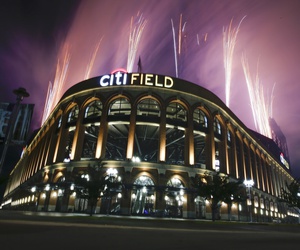 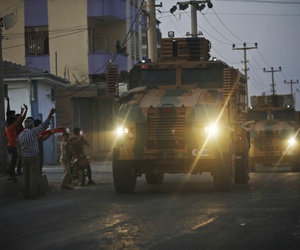 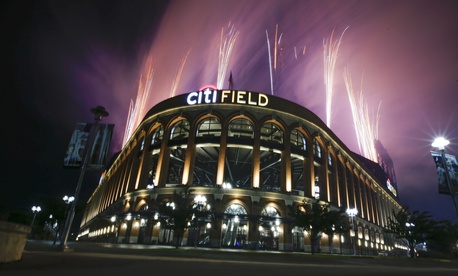 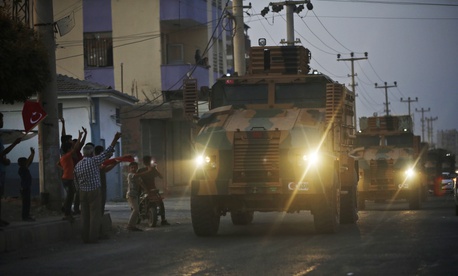