The situation in Yemen deteriorated all the more overnight as President Hadi reportedly fled the country and Houthi rebels pushed ever closer to a big army base. It looks as if Saudi- and American-backed President Abed Rabbo Mansour Hadi has fled the country to an undisclosed location and Iran-backed Houthi rebels rolled south toward the port city of Aden. Despite efforts to cut a peace deal outside the country, the instability could draw Saudi and other regional actors into a more full-blown conflict. It’s hard to say whether it’s civil war or not, but there’s no sugarcoating it: Yemen is completely unstable at the moment.

AP’s: Ahmed Al-Haj: “…President Abed Rabbo Mansour Hadi left just hours after the rebels’ own television station said they seized an air base where U.S. troops and Europeans advised the country in its fight against al-Qaida militants. That air base is only 60 kilometers (35 miles) away from Aden, the port city where Hadi had established a temporary capital.

“…Witnesses said they saw a convoy of presidential vehicles Wednesday leaving Hadi’s palace, located at the top of a hill in Aden overlooking the Arabian Sea.

“…The advance of the Shiite rebels, known as Houthis, threatens to plunge the Arab world’s poorest country into a civil war that could draw in its Gulf neighbors. Already, Hadi has asked the United Nations to authorize a foreign military intervention in the country.” More here.

But, according to AFP, a top aide denies that Hadi has left the country. That, just this hour, here.

Here’s a Bloomberg story with a good map to show you what’s up in Yemen, here.

CSIS’ Jon Alterman on “Yemen’s Misery”: “… Yemen is not hopeless, but its rapid collapse provides just a hint of how bad things could get. Seeing the threat should not blind anyone to the opportunity and the urgency to seize it.” Read the rest,  here.

Meantime: White House critics used yesterday’s announcement to maintain the current 9,800 U.S. troops in Afghanistan through the end of the year to lampoon timetables and get in their “I told you so’s,” citing the gap filled by ISIS when the U.S. pulled out of Iraq in 2011. Defense One’s Molly O’Toole with more from the Senate Armed Service’s McCain and Graham, as well as the House Armed Service’s Chair Mac Thornberry, here.

Rick Brennan, a former U.S. special adviser on Iraq, to the Washington Examiner’s Tara Copp: “Going below 10,000 is a mistake right now… You have to think about ending war not as a point in time, but as a process — have we achieved the political goals for which we invested so much national treasure. In [Afghanistan] the decision to leave simply abandons everything that has been done.” Read that here.

The Un-Karzai: Congress is gonna love Ghani today. AP’s Deb Riechmann: “Afghan President Ashraf Ghani is untested as a leader, yet he is expected to get a warm reception from both Republicans and Democrats on Capitol Hill. The reason: He’s not former Afghan President Hamid Karzai.” More here.

If you’d like to subscribe to The D Brief, reply to this email and let us know, subscribe here or drop us a line at glubold@defenseone.com. Please send us your tips, your tidbits, your scoops and stories, your think tank reports and best of all your candy, but send it to us early for maximum tease. And whatever you do, we hope you’ll follow us @glubold and @natsecwatson.

As costs for the maturing F-35 program begin to decline, Program Manager Lt. Gen. Chris Bogdan still has his work cut out for him, and he shared what’s still to be done with Defense One global business reporter Marcus Weisgerber: “Since Bogdan took over the program in 2012, the Pentagon has continuously lowered the price of each aircraft. The cost of Air Force F-35s has dropped from $117 million to $112 million to $108 million on the past three buys… But that doesn’t mean the program is out of the woods. Here’s what’s still on Bogdan’s watch list…” Read the rest, here.

The deadline to de-bug the F-35’s software problems just got an extension from the Pentagon. Bloomberg’s Tony Capaccio, here.

Letter to Ash: John McCain wants the Navy’s UCLASS, carrier-launched drone to be capable of performing “a broad range of missions in contested environments” – including precision strike. Arizona Republican Sen. John McCain, and chair of the SASC, wrote a letter to Defense Secretary Ash Carter yesterday asking the SecDef to make sure the Navy’s UCLASS program is done right. “This program will have far-reaching implications for the future of naval power-projection. Given both its warfighting importance and the reality of a constrained fiscal environment, it is essential that we prioritieze the right set of requirements today…” Read the letter, provided to The D Brief, right here.

An autonomous sub-hunting ship from DARPA passed a series of key initial tests, setting the stage for oceans crowded with robot ships that almost never hit land. Defense One tech editor Patrick Tucker: “In six weeks of tests along a 35-nautical mile stretch of water off of Mississippi, testers at engineering company Leidos and DARPA put the [Anti-submarine Warfare Continuous Trail Unmanned Vessel, or] ACTUV’s systems through 100 different scenarios. The test boat, equipped with nothing more than off-the-shelf radar components, a few pre-programed navigational points and some proprietary software, was able to tail a target boat at 1 kilometer’s distance, without crashing into rocks, shoals, or erratically behaving surface vessels.

“Most importantly, the tests showed that the robot boat could execute a difficult military mission without violating the maritime laws outlined in the Convention on the International Regulations for Preventing Collisions at Sea…” Read the rest, here.

The restaurant “Fresh” in the Pentagon is getting real. Only in The D Brief, via Marcus: “Remember that new restaurant Irvine plans to open in the Pentagon? Now that Market Basket has moved across the hall into the old executive dining room work can begin on Irvine’s FRESH Kitchen bringing a much-desired new lunch option to the building. The paperwork is done and construction will soon begin on the restaurant, Irvine told Defense One at the gala’s after party.”

Despite the challenges posed by the Iran-backed rebels in Yemen, in Iraq, the U.S. is working ever closer with Iran – just not directly. The WSJ’s Dion Nissenbaum and Julian Barnes on Page One this morning: “The U.S. has started providing Iraq with aerial intelligence in the stalled battle to oust Islamic State from Tikrit, drawing the American military into closer coordination with Iranian-backed militias spearheading the offensive.

“Military officials said they aren’t working directly with Iran. But the intelligence will be used to help some 20,000 Iranian-backed Shiite militia fighters who make up the bulk of the force that has been struggling for weeks to retake the strategic city.

“The Pentagon said Tuesday that the campaign had stalled amid tough fighting by hundreds of Islamic State fighters still holding most of Tikrit. At the request of the Iraqi government, the U.S. military began providing aerial video of the city, said an official with the American-led coalition helping Iraq fight Islamic State. The U.S. involvement could pave the way for American airstrikes in Tikrit, hometown of onetime dictator Saddam Hussein.” More here.

France’s Le Figaro newspaper is reporting U.S. officials are in talks with Assad’s government in Syria to release journalist and former Marine captain Austin Tice, held since 2012. McClatchy’s Hannah Allam, here. And for the Figaro post in French, go here.

Washington is thinking about launching airstrikes, maybe within days, to help Iraqis in Tikrit. AFP’S Dan De Luce via the Daily Mail: “…The statement came Tuesday after an official said the US was already providing reconnaissance support for Iraqi forces there, the first confirmation of American involvement in the operation. Such assistance could help Iraqi forces move forward with their largest operation against IS jihadists to date, which enjoyed initial success but has since stalled into a siege, with the city surrounded but not retaken.” More here.

Iraqi forces plot against Islamic State in Tikrit and lean heavy use of militias: The NYT’s Anne Barnard and Kareem Fahim: “As a small force of Islamic State militants holds out in parts of Tikrit for a fourth week, Iraqi forces have been compelled to shift tactics, officials say: Rather than storming in to clear the city at any cost, the security forces are trying to seal off the area and begin preparing for even more challenging battles to the west and north.” More here.

@Twitter vigilantes: Under a veil of secrecy, using aliases like IS Hunting Club, TouchMyTweets and The Doctor, cyber warriors are going after the Islamic State. Also from the NYT, from Rick Gladstone: “…In what has become a cyber analogy to the battles in Syria, Iraq and elsewhere between governments and the Islamic State, online vigilantes, some of them with diverse agendas, have united in a common cause to subvert the militant group’s aggressive use of social media, particularly Twitter.

“They expose suspect accounts that they post on blacklists via Twitter, and encourage other Twitter users to report the accounts to the social media network’s violations department, a prerequisite for suspension or deletion.”

Said @TheDoctor, through a private online chat: “Basically our work not only cripples their ability to spread propaganda, but also wastes their time.” Read the rest of this bit here.

With the cybersecurity market projected to exceed $160 billion by 2020, the furious pursuit of a new Silicon Valley is well under way, Christian Science Monitor’s Sara Sorcher reports in this compelling, interactive #LongRead, here.

This afternoon, Ghani talks at the U.S. Institute of Peace, at 5 p.m. Deets here.

And also in the afternoon: SASC’s Readiness and Management subcommittee talk readiness of U.S. forces with vice chiefs from all four services at 2:30 p.m. … SASC’s Subcommittee on Strategic Forces talks missile defense at 3:30 p.m. (line-up for that, here)… HASC talks counter-WMDs at 3:30 p.m., too (line-up and live stream, here)… HASC talks national security and space at 5 p.m. (line-up/live stream, here).

Ten thousand American advisors are a political signal of U.S. commitment to Afghanistan, sure. But this signal still has an expiration date that gives the Taliban an incentive to wait, writes Stephen Biddle of the Council on Foreign Relations and a former advisor on Gen. Stanley McCrystal’s assessment team in Kabul: “The strategic reality of Afghanistan today is that the Afghan National Security Forces (ANSF) are incapable of winning the war. With some luck they can maintain a rough stalemate, but they have no meaningful chance to defeat the Taliban on the battlefield. An acceptable outcome thus turns on peace talks to settle the war via negotiated mutual compromise. If talks fail, the only other plausible end game is now outright government defeat and a descent into 1990s-style chaos…” More here. 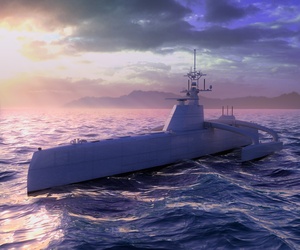 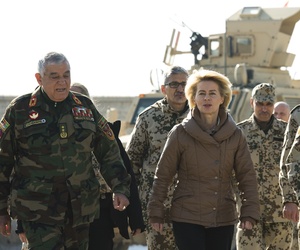 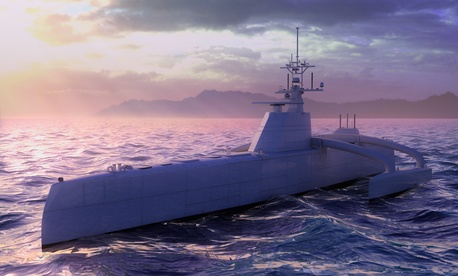 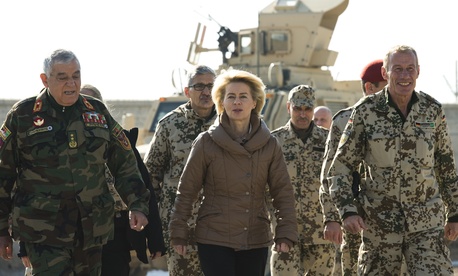