Carter drops into Baghdad; Obama relents on Gitmo plan; The skinny on arming troops stateside; When robots call the shots; and a bit more.

U.S. Defense Secretary Ash Carter made an unannounced visit to Baghdad this morning to assess the sectarian state of affairs and to hear how plans to retake the strategic city of Ramadi are progressing. Iraqi security forces are in the 10th day of a counteroffensive in greater Anbar province, and still, any attempt to retake Ramadi itself remains “one to eight weeks” away, reports AP’s Bob Burns. He quotes Pentagon spokesman Col. Steve Warren, who is traveling with Carter on a trip that has already made stops in Israel, Jordan and Saudi Arabia.
The Iraq stopover is Carter’s first as defense secretary, but he’s “not expected to announce any major change in U.S. strategy or increase in U.S. troop levels,” which number about 3,360 in Iraq, according to AP.
“There are between 1,000 and 2,000 Islamic State fighters in Ramadi,” Warren said. “We are beginning to isolate Ramadi from multiple directions… [like] a noose around the city” in preparation for what will become the assault phase of the campaign. “When conditions are right, we will transition into an assault to seize Ramadi…This is classic maneuver warfare,” Warren told the New York Times’ Helene Cooper.
“The assault [on Ramadi] will not include Iraqi troops trained recently by American military advisers” nor will it include “Iraqi Shiite militia, which the government calls the Popular Mobilization Force,” in order to dodge an escalation of Sunni-Shi’a tensions, Cooper writes. Instead, “the assault is to be led by Iraq’s counterterrorism service, with federal police and army soldiers joining in a total attacking force of about 6,000 troops. Those details are laid out in an Iraqi war plan shaped by American advisers at Al Taqqadum, an Iraqi base east of Ramadi. Once Ramadi is back in government hands, a second force of 5,000 tribal fighters along with Iraqi provincial police officers would be assigned to hold it and nearby areas of Anbar Province.” Read the rest here.
About Carter’s stopover in Saudi Arabia on Wednesday: King Salman’s support for the Iran nuclear deal was something of a welcome surprise—NYT’s Cooper described it as “unexpectedly upbeat”—even if discussions over how to move forward in the Saudi-led coalition’s battle with Houthi rebels in leaderless Yemen were not so rosy, the Washington Post’s Missy Ryan reported.
Back stateside, there’s been a “small uptick” in support for the Iran deal from Democrats on Capitol Hill, including from Sens. Dick Durbin of Illinois and Connecticut’s Chris Murphy, even though “White House has yet to win over bellwethers in the debate, most notably Sen. Charles Schumer of New York, who is poised to become the next Senate Democratic leader,” the Wall Street Journal reports.
Republicans, on the other hand, are keeping up their opposition to the Iran deal, with GOP Policy Committee leader Sen. John Barrasso of Wyoming accusing the White House of “hoping to force Congress, to bully Congress, to go along with his plan, without giving it serious debate.” That, and much more Republican dissent, over on The Hill.

Yesterday, the White House finally admitted that it will send Congress a plan to close the U.S. prison at Guantanamo Bay, Cuba, a step it had for months decried as unnecessary, Defense One Politics Reporter Molly O’Toole writes.
“Sen. John McCain, R-Ariz., and other lawmakers pivotal to the president’s effort have long called for him to submit a written plan,” O’Toole writes. On Wednesday, White House spokesman Josh Earnest confirmed its existence and reviewed its outlines: First, prosecute as many detainees as possible through the military justice system. Next, transfer to third-party countries all the detainees who can’t be prosecuted but can be safely moved. Fifty-two of the remaining 116 prisoners are cleared for transfer, and more could be cleared in periodic reviews.
“But Earnest didn’t speak about the last, and likely hardest, of the steps: Move the remaining ‘worst of the worst’ to a high-security U.S. prison. This would require Congress lifting the bans on not only transfers to the U.S., but also spending any money on building a new prison or adapting an existing one. The White House spokesman also reiterated Obama’s vow to veto any defense bill that further restricted his ability to close the prison.
“The battle against the Islamic State is further complicating the issue. Lawmakers say — and many officials agree — that any plan to close Guantanamo must say how future prisoners will be interrogated and detained,” O’Toole writes. “The U.S. military is currently holding and U.S. officials are preparing to charge at least one ISIS detainee, an Iraqi woman referred to as Umm Sayyaf.” Read the rest here.
Meantime at Guantanamo, alleged senior al-Qaeda commander Abd al Hadi al-Iraqi doesn’t want his Pentagon-assigned legal team to represent him at a pretrial hearing, which was supposed to begin Monday. Now the status has moved to an “indefinite recess.” That story here.

Forget Throwback Thursday. We’re fast-forwarding to 2050, where humans’ role in warfare is shrinking and robots call the shots. Those are the findings from an Army-sponsored workshop on the future of war that yields a mashed-up vision of swarmbots, cyborgs, and technology run wild. Defense One’s Tech Editor Patrick Tucker describes “a future in which humanity can no longer control the rate or the effects of technological progress, at least not in the way that we attempt to do so today. That—mixed with ‘ubiquitous’ sensors ‘on and inside humans’—may be far more threatening than any particular enemy.” More of that over here.

Will the Department of Homeland Security become the U.S. Cyber Command of the civilian government? Many agencies refused to fall into line on information security last year, but in the wake of the OPM hack, a bipartisan group of six lawmakers believes there is now enough momentum to grant DHS power over government networks. NextGov’s Aliya Sternstein has the story.

A look at the Secret Service team that tracks down online threats against the president. It’s easy to find angry words on Twitter and Facebook, but who should be punished and how much time should the U.S. spend doing so? The Atlantic’s Josephine Wolff explores the question.

A Democratic presidential candidate linked climate change to the rise of ISIS, and the GOP was quick to scoff. “But [Martin] O’Malley’s comment isn’t as weird as it might initially seem. There’s an established body of work that draws a connection between drought, resource scarcity, and conflict in general,” writes The Atlantic’s David A. Graham.

Welcome to Thursday’s edition of The D Brief, from Ben Watson and Brad Peniston. Want to share The D Brief with a friend? Find our subscribe link here. (And if you want to view today’s edition in your browser, you can do that here.) And please tell us what you like, don’t like, or want to drop on our radar right here at the-d-brief@defenseone.com.

During last week’s shooting in Chattanooga, Tenn., U.S. Marines and sailors worked to distract the gunman, leading him away from a crowd of people while returning fire and helping folks in the line of fire scale a fence to safety. Those are some of the new details released by law enforcement officials on Wednesday.
But it’s still too soon to declare the gunman “radicalized,” even if investigators are treating the attack as an instance of “homegrown violent extremism,” the FBI said.
Plenty of Americans were surprised to learn most of the members of their own military couldn’t carry firearms while on duty in the states. But some troops are authorized, and the number may actually be more than previously thought. Military Times’ Oriana Pawlyk has this story of the little-known Law Enforcement Officers Safety Act of 2004 that permits troops to qualify for a special concealed carry license provided they have 10 or more years of experience as a law enforcement official.
Wanna take a deeper dive into the legal hurdles to arming U.S. troops stateside? WaPo’s Dan Lamothe has this.
Food for thought: one Marine and Iraq war vet, Chad Russell, shares his “Case for Arming the Troops” over at Task & Purpose here.

The White House may send Ukraine better counter-artillery radar, and ultimately more military aid in general, the WSJ’s Julian Barnes and Gordon Lubold report. “The deliberations are taking place alongside rising pressure on Washington to better help Kiev counter a rebellion that continues to regularly claim lives, despite a five-month-old cease fire.” More here.
Who shot down MH17? Russian TV says it was Ukraine, or the CIA, or something. “Within hours of the crash on July 17, 2014, Russian state television began to spew a jumble of explanations for the tragedy, all of which fingered Kiev and absolved Russia and pro-Russian rebels in Ukraine of guilt,” the WSJ’s Alan Cullison writes. “The ability of Russians and Westerners to see such different realities over the Malaysia Airlines catastrophe exposes a fallacy of U.S. policy toward Russia since the end of the Cold War.” That story, here.

While we’re on the Navy, Chief of Naval Operations Adm. Jonathan Greenert has his very own TED Talk, and it just went live online Wednesday. That, on the ingredients of superb leadership, right here.

Is the F-35 putting the U.S. military at long-term risk? It’s an old (and for some, very tired) argument, sure; but in case you’re up for some math, indignation and bargain-hunting around the aircraft that Doctrine Man!! likens to “that relative who continues to throw money at the poker tables in Vegas, even though he’s broke and doesn’t know how to play poker,” the National Review just published this.

And finally today: If you don’t know what “Blue Falcons” are, ask your nearest platoon leader. None nearby? Then read the “7 biggest ‘Blue Falcons’ in US Military history” from David Nye of the military entertainment site We Are the Mighty. Have suggestions you think should have made the list? We’d love to hear them. 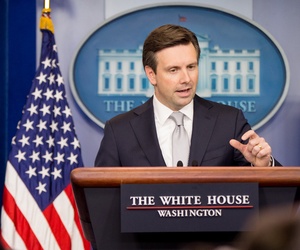 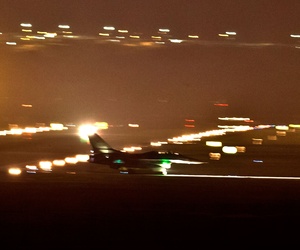 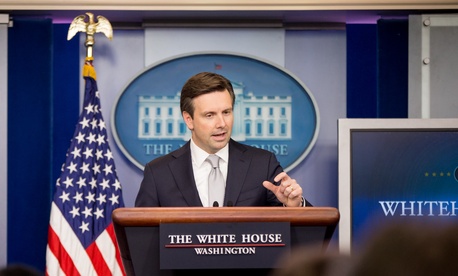 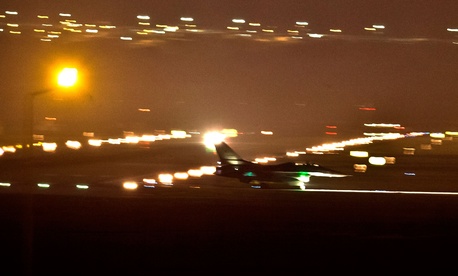