North Korea says it will launch a long-range rocket and orbit a satellite sometime in mid-February. China and Russia responded with angry words, while Japan vowed to shoot any rocket headed its way. And South Korea promised “searing” consequences if Pyongyang delivers on its promise, which critics say would violate UN sanctions on ballistic missile technology.

While China urged restraint, the Russian foreign ministry took an unironic rhetorical swing at the North over its “outrageous disregard for the universally recognized norms of international law.”

How these things are supposed to go, vs. how the North is going about it: “The International Telecommunication Union said North Korea informed its Geneva office of its intention to launch a Kwangmyongsong (Bright Star) -type Earth observation satellite with a four-year operational life. But the ITU’s U.N. representative, Gary Fowlie, said not enough technical information had been supplied to register the planned launch in its Master International Frequency Register.”

What experts expect will happen, according to South Korean officials: “the first stage of the rocket would fall off the west coast of South Korea, more debris would land near the South’s Jeju Island, and the second stage would land off the Philippines’ east coast.”

U.S. to Kurds at Syrian peace talks: Go away. Saleh Muslim, the leader of the Democratic Union Party, the Kurdish YPG’s political wing, is a bit of a lonely middleman in a war that has raged for more than five years in Syria and has now run up an historically high aid request totaling some $9 billion. Muslim was not invited to the Syrian peace negotiations in Switzerland over the weekend, but he showed up anyway, the Washington Post’s Liz Sly reports on location. In short order, he was “discreetly asked to leave Saturday by U.S. officials after Turkey threatened to disrupt the talks if he was allowed to remain in town, according to Western diplomats attending the talks.”

The scene reflected America’s conflicted place at the negotiating table—Washington has cozied up to the Kurds for years; Ankara and Damascus, not so much—and constitutes just one of many stumbling blocks on the path to ending the conflict in Syria.

News of the meeting’s behind-the-scenes drama also follows the first visit by a senior U.S. official to the Syrian war zone. WaPo breaks down the motivations and dynamics behind the visit to Kobane by Brett McGurk, the White House’s special envoy to the anti-Islamic State coalition, over the weekend, right here.

For the Kurdish Peshmerga in Iraq, “U.S. and coalition aircraft have taken on a mythic status, talismans that announce themselves with a low rumble at 15,000 feet,” writes WaPo’s Thomas Gibbons-Neff some 35 miles outside of Mosul. The Pesh say they’re ready to take the city; they’re just waiting on Baghdad to get its act together and send their part of the deal for the upcoming offensive, which is expected to require as many as 30,000 troops.

On the up side: It takes, on average, 10 to 30 minutes to see coalition planes in the sky after the Pesh call in a request.

On the down side: They have no armored vehicles, and just one weapon to stop the Islamic State’s most deadly weapons, the suicide car bomb—and that’s German-made MILAN anti-tank missiles. But the Pesh have only five of these systems. Much more from the Kurds’ ever-long wish list, here.

The U.S. is very probably killing more civilians in Iraq and Syria than official reports so far suggest. That’s the line from the Global Post after talking with refugees in Turkey—and contrasting the many different spellings of villages and towns across Iraq and Syria. It’s a long take, and you can find it here.

The U.S. had better show some flexibility with its troop levels in Afghanistan, or else 2016’s headlines will read a lot like 2015’s bloody ones. That’s what the top war commander there, Gen. John Campbell, told lawmakers Tuesday.

How bad are things? “A recent inspector general report stated that the Taliban currently controls more territory in Afghanistan than at any point since 2001,” WaPo writes. “Campbell pushed back against the report and pointed out that 70 percent of the district centers in Afghanistan are under government control or government influence. Only eight of of 407 district centers are under insurgent control, he said.”

Kabul’s biggest problems, he said, lie in its military’s “poor leadership and a less than stellar ability to field close air support. Continuing to build the Afghan Army while it fights the Taliban is like “building an airplane while in flight,’” said Campbell, who also stressed the need for a 5-year vision for the country’s security.

Campbell’s recommendation is to keep at least 5,000 U.S. troops in Afghanistan beyond 2017, he told Vocativ’s Jamie Tarabay. The current plan has the 9,800 American GIs dropping to about 5,000 about 12 months from now.

The F-35’s terrifying bug list. The Pentagon’s top testing official has weighed and measured the Joint Strike Fighter and found it wanting. Tech Editor Patrick Tucker has the story, here.

These are the new weapons the Pentagon chief wants for tomorrow’s wars. Ash Carter, defense secretary and physicist-in-chief, lays out his vision for the next decade’s killer capabilities. Tucker again, here.

Welcome to Wednesday’s edition of the The D Brief, by Ben Watson and Bradley Peniston. Help your friends get through Hump Day by sending them this subscription link: http://get.defenseone.com/d-brief/. Got news? Let us know: the-d-brief@defenseone.com.

The NSA’s offense and defense are becoming one as the agency carries out a reorganization known as NSA21. “In place of the Signals Intelligence and Information Assurance directorates — the organizations that historically have spied on foreign targets and defended classified networks against spying, respectively — the NSA is creating a Directorate of Operations that combines the operational elements of each,” WaPo reports.

Early discontent with the plan: “Some advocates for the comparatively small Information Assurance Directorate, which has about 3,000 people, fear that its ability to work with industry on cybersecurity issues will be undermined if it is viewed as part of the much larger ‘sigint’ collection arm, which has about eight times as many personnel. The latter spies on overseas targets by hacking into computer networks, collecting satellite signals and capturing radio waves.”

And more reservations on Capitol Hill hinged on concerns “about mixing funding for intelligence activities and that for cybersecurity activities.” Catch the full report, here.

Going heavy again? After seven years of an Obama administration that emphasized light-and-agile forces — particularly special operators — over tanks, the reemergence of Russia and China, and even the development of the war on ISIS, have the Pentagon looking at options to put heavy weapons in place. U.S. News’ Paul Shinkman connects the dots, here.

“Senator, I think that all eligible and qualified men and women should register for the draft,” Army Chief Gen. Mark Milley told lawmakers yesterday debating Secretary of Defense Ash Carter’s decision to lift the gender ban on women in combat roles within the military. Milley’s words backed up his Marine counterpart, Gen. Robert Neller. Both appeared along with Acting Army Secretary Patrick Murphy and Navy Secretary Ray Mabus. Mabus fielded some heat rounds from Sen. John McCain, R-Ariz., over a Marine Corps study which wasn’t terribly kind to the notion of integrated combat training—and that Mabus perhaps inadvertently drew attention to when he stated his opposition to its findings before the report was released to the public. More on that spat, here.

And speaking of Marines, mountaineers can teach the grunts a thing or two about gender integration, writes retired infantry and public affairs Marine Corps officer Joe Plenzer. He lays out three steps for where to go from here, over here.

Lastly today—the U.S. has been throwing out its nuclear secrets in the trash for 20 years now, the Center for Public Integrity reports. And the story begins just 18 months ago at the dumpsters of the Y-12 National Security Complex in Tennessee. There a worker found 20 documents in a bag “that were either marked classified or were later determined to contain information that should have been labeled secret… When employees of Babcock & Wilcox Technical Services, Y-12, LLC, the contractor responsible for running the site at that time, poked inside two of these additional bags, they found more top-secret documents.” That story, here. 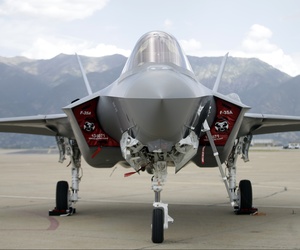 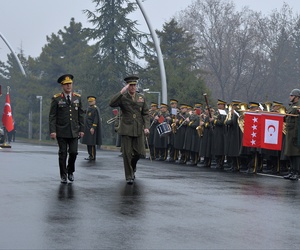 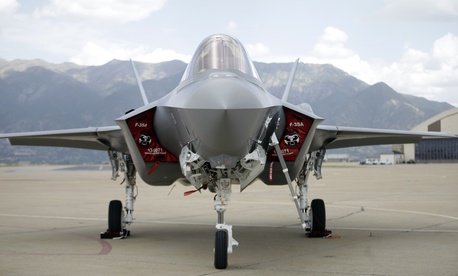 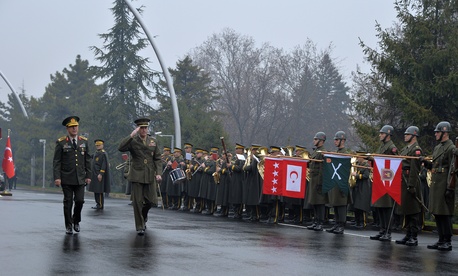