The Pentagon’s counter-Islamic State hit squad has captured a “significant” ISIS operative in Iraq. Now the question of what to do with him plagues an Obama administration intent on changing how America detains militants from ISIS battlefields.

“Officials said the detainee, whom they declined to identify, was being interrogated by American officials at a temporary detention facility in the city of Erbil in northern Iraq. They said the plan was to eventually turn him over to Iraqi or Kurdish officials” after they question him—which could take “weeks or months,” writes the New York Times.

For the record, “American commandos have captured a handful of Islamic State fighters in Iraq and Syria in discrete operations in recent years,” the Times writes—hmm, really? — but “the Pentagon is now faced with the prospect of detaining a larger group of captives….”

Defense Department officials said they have “no plans to hold the detainee or others indefinitely, and that they would be handed over to Iraqi or Kurdish authorities after they have been interviewed.”

What the U.S. military won’t do, officials said, is “establish a long-term American facility to hold Islamic State detainees, and Obama administration officials ruled out sending any to the United States military prison at Guantánamo Bay, Cuba.”

Pentagon spokesman Capt. Jeff Davis: “Any detention would be short term and coordinated with Iraqi authorities.”

The precedent used for this capture was a Delta Force raid into Syria in May that killed Abu Sayyaf and captured his wife, Umm Sayyaf, who was detained for three months in Iraq and then handed over to Kurdish officials before the Justice Department filed charges against her. What comes next for Sayyaf and the unnamed detainee is anyone’s guess. Read the Times’ full take, here. (And for more on how detainees complicate the fight, revisit Defense One’s Beyond Guantanamo special report.)

Hezbollah is a terrorist group, says the Gulf Cooperation Council’s six-member group of Saudi Arabia, the United Arab Emirates, Kuwait, Qatar, Bahrain and Oman. Some background: “The move by the Gulf Cooperation Council comes less than two weeks after Saudi Arabia announced it was cutting $4 billion in aid to Lebanese security forces. The kingdom and other Gulf states followed up that move by urging its citizens to leave Lebanon, dealing a blow to the tiny nation’s tourism industry.” More here.

Back in Syria, U.S.-backed Kurds pushed the al-Qaeda-linked Nusra Front from a key hill overlooking a main supply line into Aleppo, AP reported.

And speaking of the Kurds in Syria, they don’t really care who helps them—Washington, Moscow, Damascus—as long as they can secure “a territory they can claim as their own when the fighting stops,” writes U.S. News’ Paul Shinkman, who digs into the matter along with concerns from U.S. lawmakers, here.

Ashton Carter to Silicon Valley: we’re on the same side. As the FBI-vs.-Apple battle heats up, the defense secretary makes his own pitch to the tech industry. Tech Editor Patrick Tucker reports, here.

The U.S. needs to whip its disaster-response plans into shape. It’s time to digest the lessons of Haiti and Ebola and get ready for the mega disasters ahead, write Kedar Pavgi and Peter Kouretsos, here.

Where the 2016 candidates stand on national security. The Council on Foreign Relations drew on speeches, debates, and campaign websites, as well as open source media to compile where the candidates stand on Syria, Guantanamo, NSA surveillance and more. Get it all, here.

Welcome to the Wednesday edition of the The D Brief, by Ben Watson and Bradley Peniston. On this day in 1867, the U.S. Marine Corps got its first one-star general. Hey, tell your colleagues to get The D Brief: http://get.defenseone.com/d-brief/. Got news? Let us know: the-d-brief@defenseone.com.

The Afghanistan war gets a new commander. Gen. John “Mick” Nicholson took over from Gen. John Campbell yesterday in Kabul.

What he inherits: “Around 13,000 international troops, including 9,800 Americans, in Afghanistan…Around 3,000 of the U.S. troops are engaged in counter-terrorism operations against the Taliban, al-Qaeda and—following a recent extension of their mandate by President Barack Obama—the Islamic State group, which has a nascent presence in some volatile regions of Afghanistan,” writes the AP.

The on-the-ground dynamics: “The Taliban are extending their reach to previously peaceful areas, notably the northern provinces bordering the Central Asian states, and escalating the war in their southern heartland provinces. In recent months, the insurgents have threatened most districts of Helmand, where much of the poppy crop that produces the world’s heroin supply is grown. Intra-Taliban fighting in Helmand has been taking place over control of the lucrative smuggling routes for men, arms, drugs and minerals.”

Pakistan’s Army chief, Gen. Raheel Sharif, was in the crowd. Which, of course, when it comes to Afghanistan, is not insignificant. Especially in light of news Tuesday that two “local employees of the U.S. consulate in Peshawar, Pakistan, were killed by an improvised explosive device… while out on a drug eradication mission… in Pakistan’s federally administered tribal areas,” reports the Wall Street Journal.

“A faction of the Pakistani Taliban claimed responsibility for the attack, but didn’t mention in its statement that it meant to target U.S. consulate employees,” the Journal adds. That story, here.

Boko Haram is starving. That’s the takeaway after 76 “emaciated” alleged members—including women and children—surrendered to Nigerian troops on Saturday. AP has more, here.

Odd little incident in the disputed Spratleys. Reuters: “China sent several ships to a disputed atoll in the South China Sea, preventing Filipino fishermen from accessing traditional fishing grounds and raising tensions in the volatile region, Philippine officials said on Wednesday.” Chinese officials said the ships were sent to tow a foreign vessel, had warned other ships away for their safety, and had then left the area. Read the various explanations, here.

The Pentagon just reversed charges against two Marines “incorrectly blamed as the primary cause of a V-22 Osprey crash that took their lives and killed 17 other Marines in April 2000,” Stars and Stripes reported Tuesday. Lots of unfortunate details and allegations to sort through in what Stripes calls an “unusual reversal,” here.

Finally: Does the Army need airborne? The service loves its paratroopers, writes Army Times, “but some say the tactic is impractical, costly and disconnected from modern war.” Read, here, and discuss amongst yourselves. 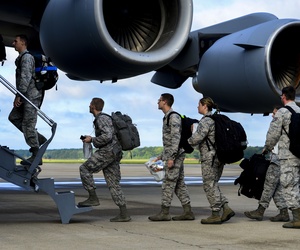 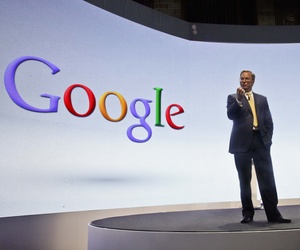 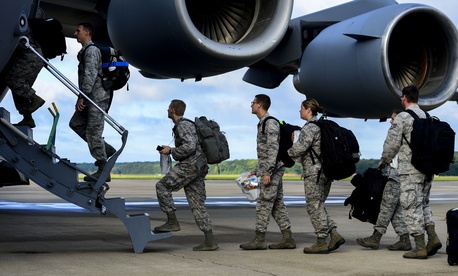 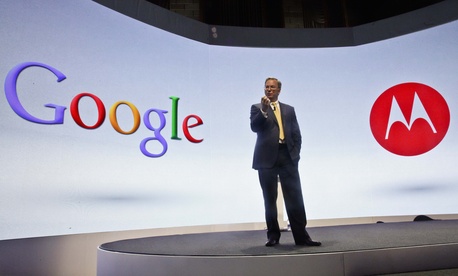