The Hague’s 500-page decision on the South China Sea is out, and it’s ruled “that China’s claims to historic and economic rights in most of the South China Sea have no legal basis, dealing a severe setback to Beijing that could intensify its efforts to establish its control by force,” The Wall Street Journal reports this morning. “The landmark case, brought by the Philippines, was seen as an important crossroads in China’s rise as a global power. It is the first time the Chinese government has been summoned before the international justice system, and neighboring countries have hoped that the outcome will provide a model for negotiating with Beijing or for challenging its assertive tactics in the region,” The New York Times adds.

Among the main findings contained in the 11-page summary: Any Chinese historic rights within Beijing’s “9-dash line” were extinguished by the ratification of the UN Convention on the Law of the Sea, noted Greg Poling, director of the Center for Strategic and International Studies’ Asia Maritime Transparency Initiative.

But rules are one thing, and compliance another, the Journal reminds readers: “The unanimous ruling by the tribunal’s five judges is legally binding for China and the Philippines but can only be enforced through international pressure.”

The Chinese reax: “Foreign Ministry said China neither accepts nor recognizes it, declaring it ‘null and void’ and without ‘binding force.’ It said China would continue to abide by international law and ‘basic norms’ governing international relations. China’s Defense Ministry said the decision wouldn’t affect its approach in the South China Sea and that it would ‘unswervingly protect the nation’s sovereignty, security and maritime rights,’” adds WSJ. State-run CCTV called the decision a “political farce made under [the] pretext of law,” adding President Xi Jinping “rejects any proposition [or] action” based on the ruling.

This is as good a time as any to review the need for the U.S. and China to work out a way for Beijing to save face over the decision, as the Council on Foreign Relations’ Stewart Patrick recommended in April.

The ruling was hardly the only thing on Manila’s mind on Monday, the AP reported after the Philippine military responded to a “wave of ransom kidnappings” by killing “40 Abu Sayyaf extremists and wounded 25 others in two battlefronts in the first major counterterrorism offensive in the south under the new president.” That here.

After announcing 560 more American troops to Iraq on Monday—bringing the total to 4,647—U.S. Defense Secretary Ash Carter bounced to Bagram, Afghanistan, to meet with President Ashraf Ghani and his top U.S. commander in Afghanistan, Army Gen. John W. Nicholson. Later, Carter heads to Kabul to meet Chief Executive Abdullah Abdullah, AFP reports this morning. The visit comes nearly a week after U.S. President Barack Obama pumped the brakes on his drawdown plan for the country, keeping 8,400 American troops there through the end of the year as opposed to the 5,500 previously planned.

Get to better know the Afghanistan Taliban’s new(est) leader, Mawlawi Haibatullah Akhundzada, in this superb profile from The New York Times’ Mujib Mashal and Taimoor Shah: “In some ways, Mawlawi Haibatullah’s selection is a return to the roots of the Taliban insurgency. In those years, little was known about the Taliban’s top echelon. Rarely photographed or filmed, they amounted to myths, their vague identities exploited by local warlords and politicians to report rivals as insurgents…Both for his modest upbringing and for his quiet ways, Mawlawi Haibatullah, now in his 50s, is sometimes compared to the movement’s founding leader, Mullah Muhammad Omar, who abhorred publicity, in part out of a belief that he derived his legitimacy from a connection to God and not from a popular mandate.”

Haibatullah’s strengths, “and the very traits that made him attractive as a potential unifier,” Mashal and Shah write, “lie in a slower kind of influence: his shunning of the limelight and his deep ties to the radical religious schools that for years have provided the Taliban with an ideological core of committed fighters. ‘Mawlawi Haibatullah’s area of influence is with the mullahs and the religious leaders, not the management and the commanders,’ said Borhan Osman, a researcher with the Afghanistan Analysts Network who has written extensively about the Taliban.”

But financial streams may be the best indicator of the Taliban’s trajectory. As Franz-Michael Mellbin, the European Union’s ambassador and special representative to Afghanistan, told the Times, former leader Mullah “Mansour was the money man; that was his key strength. What other insurgency makes their accountant the top guy? It will be important to see what happens to the money flow.”

The more things change, the more they stay the same. The “Taliban’s brutality has seemed to continue unchecked in the field this year, perhaps a cautionary example for those who expected the insurgency to change its ways under Mawlawi Haibatullah. Taliban fighters have reportedly used scorched-earth tactics in Baghlan Province, summarily executed an elderly militia commander in Helmand by hanging him from a tree, and abducted dozens of passengers from buses on highways, shooting at least 10 of them dead.” Read the rest, here.

Welcome to Tuesday’s edition of The D Brief by Ben Watson and Bradley Peniston. On this day in 1862, Congress authorized the Medal of Honor. Send your friends this link: http://get.defenseone.com/d-brief/. And let us know your news: the-d-brief@defenseone.com.

Washout at Farnborough! The rain is falling again at the Farnborough Air Show, where aerial displays have been halted for a second straight day. Some business jets and helicopters are still operating at this executive airport west of London, but the weather has grounded military aircraft — except for a F/A-18 Super Hornet and Swedish Gripen fighter that screamed skyward and departed the area. Yesterday’s session was cut short by downpours that cut power to the main exhibit halls and flooded some of the corporate chalets along the flightline. Gridlock ensued as thousands of attendees tried to leave the airport in private cars and shuttle buses, prompting some (including Global Business Editor Marcus Weisgerber) to make the three-mile journey to the train station on foot.

Lockheed eyes international helicopter sales. The company hopes to make up for slumping commercial sales in the oil and gas markets, which use helicopters to shuttle employees to offshore rigs. “There are some really great growth markets internationally,” Lorraine Martin, deputy executive vice president of Lockheed’s mission systems and training business, said in an interview with Defense One. Martin is one of Lockheed’s top executives overseeing the merger. More, here.

Boeing signs bigger-than-expected 747 deal with Russian cargo firm. Reports before Farnborough indicated a 10 aircraft sale was imminent. The deal with Volga-Dnepr Group announced Tuesday includes 16 new planes and support work. The deal is important for defense because the 747 line is nearing its end and the Air Force is buying two of the jumbo jetliners for the next Air Force One. Earlier this year, Boeing announced plans to slow 747 production to one plane every two months. The Air Force also needs to replace the E-4B “Doomsday Plane,” which could end up being a 747.

Who won and lost at the NATO Summit? Former Supreme Allied Commander James Stavridis offers his take in in Foreign Policy. As expected, the alliance’s easternmost members will now host a multinational battalion, delighting them and dismaying Russian President Vladimir Putin. Germany is also displeased: “No nation within NATO has a stronger desire generally for better relations with Russia given trade ties, historical worries, and an aversion to more defense spending.” Wannabe members Ukraine and Georgia got essentially no encouragement, but Montenegro received a “golden ticket…thus continuing the work of consolidating the Balkans in the trans-Atlantic community.” The defense industry must also be happy, with “NATO members each agreeing to spend 2 percent of their national GDP on defense by 2020.” Bottom line: “this was an important but not a seminal summit,” with bolder action delayed until the dust clears from Brexit and the U.S. presidential election. Read Stavridis’ piece, here.

Exploring the correlation between drones and terror attacks. After last week’s decision by the White House to lift the veil slightly on America’s secretive drone program, here’s a recent report analyzing the practice of drone strikes in Pakistan and its relationship to the reduction of terror attacks there from 2006 to 2012. “The results,” writes Emily Manna, “don’t look so good.”

She continues: “Many of the limited empirical studies that claim drones work sidestep the lack of data by instead analyzing the rate of leadership decapitation – assassinating a terrorist group’s leader– and conclude this tactic generally leads to the demise of the terrorist group. This is seen as indicative of the drone program’s success, since the strikes ostensibly target terrorist leaders, and supports the claims of effectiveness made by Hayden and others.”

Key finding: There is “a statistically significant rise in the number of terrorist attacks occurring after the U.S. drone program begins targeting a given province. This effect is significant both immediately and one month after the drone strikes begin.” Read her report, here.

This past Saturday, The New York Times’ editorial board flagged the next steps needed to better assess the effectiveness of America’s drone program, including releasing “the legal underpinnings of the program and the criteria the government uses to authorize strikes.” The Times writes: It is “impossible to assess whether these rules are being followed without more detailed information, including the identity of targets, dates, locations and assessments of collateral damage by strikes. This data could be released without compromising national security. This is also true of the secret legal memos that justify the drone campaign.”

Lastly today, Iran’s navy has drawn more attention to itself after its “Revolutionary Guard Corps maneuvered dangerously close to a U.S. military vessel in the Strait of Hormuz on Monday, part of a pattern that the top American general in the region—who was on the ship at the time—said risked grave miscalculation,” WSJ reports. “The five Iranian boats included four small patrol craft and a larger boat called a Houdong fast-attack craft. At least one of the patrol boats was equipped with a .50 caliber machine gun and what is known as a multiple rail rocket launcher. They came within several hundred yards of the American ship. The series of encounters on Monday took place as the New Orleans sailed in international waters through the strait.”

These encounters would be “considered more dramatic if they weren’t so common,” the Journal writes. “American Navy ships reported about 300 incidents with Iranian vessels during 2015, according to data provided by the Navy’s Fifth Fleet. Most of those ‘interactions,’ as the Navy calls them, are considered safe or don’t rise to the level of harassment, according to Navy officials. Navy officials essentially grade Iranian naval behavior on a curve. They said that the way the Iranians behave typically, even when they don’t actually harass American warships, is still not the way most professional navies behave at sea.” More here. 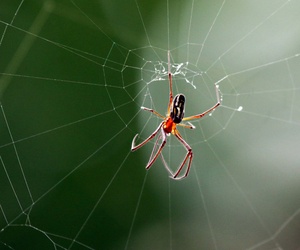 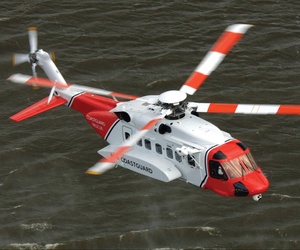 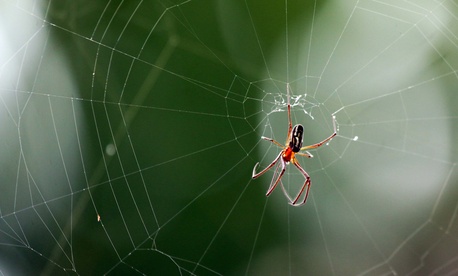 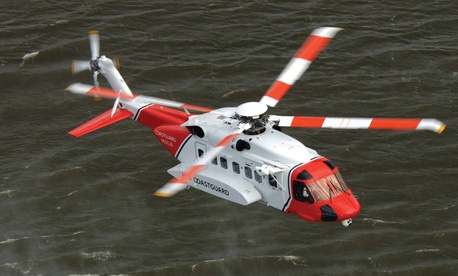