Turkey’s warning to U.S.-backed Kurds in Syria: Move east of the Euphrates, or we’ll kill more than just the 25 Kurdish YPG “terrorists” we hit in airstrikes this weekend, AP reports in the latest from Operation Euphrates Shield, Turkey’s purported counter-ISIS offensive taking place in northern Syria. The Telegraph was a bit more dramatic about the developments, writing that “the West’s two main allies in the [counter-ISIS] conflict inched closer to full-blown war.”

In Ankara this morning, Turkey’s Foreign Minister told reporters, “The YPG has to immediately cross east of the Euphrates River, as they promised the United States and as they announced they would. If they don’t, they will be a target.”

About those 25 dead, according to the Britain-based Syrian Observatory for Human Rights: “Turkish artillery fire and air strikes on Jeb el-Kussa village killed at least 20 civilians and wounded 50 others,” AFP reported Sunday. “Another 20 were killed and 25 wounded in air strikes near the town of Al-Amarneh, it said. The monitor also said at least four Kurdish fighters were killed and 15 wounded in the two areas.”

Reminder: “Turkish officials have openly stated that their goal is as much about ensuring Kurdish forces do not expand the territory they already control along Turkey’s frontier as it is about driving Isil jihadists from their strongholds,” The Telegraph reported, summing the dynamic up thusly: “In partnering with Turkey, the US hoped to gain a professional military army in the fight against Isil. However, Ankara has so far focused mostly on targeting Kurdish forces, who have been a reliable ally to America. Fighting between the two will raise deep concerns for Washington and could now force it to pick a side. “

And if you want even more detail on specifically who’s fighting who, The Long War Journal’s Caleb Weiss has this.

So what’s the Pentagon’s reaction to all this overlap? “While we are closely monitoring reports of clashes south of Jarabulus — where ISIL is no longer located — between the Turkish armed forces, some opposition groups and units that are affiliated with the S.D.F., we want to make clear that we find these clashes unacceptable,” spokesman Peter Cook wrote to The New York Times on Sunday. “This is an already crowded battle space,” he said. “Accordingly, we are calling on all armed actors to stand down immediately and take appropriate measures to deconflict.”

Confused about the war? Here’s a pretty superb CNN chart of the competing and overlapping alliances.

Don’t miss: Most wars last 10 years or more, political scientists say; but some factors make wars longer and deadlier. “Syria has pretty much all of them,” Max Fisher of The New York Times reported Friday.

For what it’s worth: the Assad regime has dropped 8,940 barrel bombs on the southern city of Daraya since January 2014, according to city statistics in a piece by The Daily Beast’s Roy Gutnam entitled, “Syria’s Srebrenica?”

Next door, Kurds are “seizing new territory in northern Iraq that they say will become part of their autonomous region,” AP reported from the northern city of Qarqashah, where “Kurdish engineering teams on a recent day were laying down a 3-meter wide, 20-kilometer long trench and 2-meter high berms, marking the new front line after recapturing the village of Qarqashah and neighboring hamlets from IS earlier this month.”

In case you weren’t tracking: “Largely with the help of U.S.-led coalition airstrikes, Kurdish forces have taken territory equivalent to around 50 percent of the size of their recognized autonomous zone,” AP notes.

As that plays out, Baghdad said this weekend Iraq officials stand ready to sell oil through Iran if talks with Kurds fail. That via Reuters interview with Deputy Oil Minister Fayadh al-Nema late Friday.

Meantime, a suicide bomber allegedly from the Islamic State struck a wedding in Baghdad, killing 15 and wounding nearly a dozen others.

And elsewhere in the ISIS fight, clashes escalated in Libya’s Sirte this weekend as 34 Libyan troops were killed and 180 wounded on Sunday.

And over in Yemen, ISIS claimed to have been behind a suicide bombing at an army recruitment center in the port city of Aden, killing nearly 60 and wounding about 70 others, AFP reports. The bomb was delivered in a truck that slipped through security at the base when gates were opened for a separate delivery vehicle. Reuters has a bit more on the attack, here.

It’s time: the U.S. should create a no-fly zone, deliver aid — and save Syria. The act of alleviating human suffering may fuel a new dynamic that ultimately begins to change the course of the war. Former assistant defense secretaty Evelyn N. Farkas explains why, here.

Violently ousting Assad won’t solve anything in Syria. It is hardly surprising to hear calls for more U.S. action, but what happens next? The Council on Foreign Relations’ Alexander Decina offers a warning, here.

Welcome to Monday’s edition of The D Brief by Ben Watson and Bradley Peniston. On this day in 1949, the Soviet Union tested its first atomic bomb. (Send your friends this link: http://get.defenseone.com/d-brief/. And let us know your news: the-d-brief@defenseone.com.)

How Russia uses false stories to shock and paralyze international dialogue, by The New York Times Neil MacFarquhar. It’s an intriguing look at the war for “reality” as the world is increasingly connected—most especially via the internet, where Russia is perhaps busier than any other nation planting inflammatory rumors and sensational stories that get picked up by sites like Sputnik and RT.com. The problem has become so bad for the West that “that both NATO and the European Union have established special offices to identify and refute disinformation, particularly claims emanating from Russia.”

Writes MacFarquhar: “The fundamental purpose of dezinformatsiya, or Russian disinformation, experts said, is to undermine the official version of events — even the very idea that there is a true version of events — and foster a kind of policy paralysis.” Worth the click, here.

And ICYMI: Arms control wonk Jeffrey Lewis penned a look into rumors the U.S. had moved nuclear weapons from Turkey to Romania to conclude: “Russia’s nuclear paranoia fuels its nuclear propaganda,” in this recent piece from Foreign Policy.

Some good news in Afghanistan, at last. “Afghan special forces have rescued a kidnapped Australian aid worker,” AFP reports, “four months after she was taken at gunpoint in the country’s volatile east…Katherine Jane Wilson, said to be aged around 60, is ‘safe and well,’ Australian Foreign Minister Julie Bishop said, without disclosing when she was released or who was behind her abduction.”

Afghanistan’s NDS intelligence agency said this morning, “Several suspects have been detained and our investigation is still going on.” More here.

Finally today: A list of debates worth having. As we race from day to day, it’s easy to get head-down in our jobs and forget to take a wider look around. ML Cavanaugh, writing for the Modern War Institute at West Point, offers some perspective-expanding food for thought. Taking a page from military theorist B. H. Liddell Hart, he lists “Fifty-One Strategic Debates Worth Having.” Here’s the first five: “1) The military’s purpose is to kill people and break things (a statement from which I dissent). 2) There will never be another need for a mass airborne drop. 3) Pushbutton, standoff warfare is cowardly. 4) Drone pilots deserve medals. 5) Europe’s security is more important than Asia’s.”

Read the rest, here. Then think and talk and write about them — and if you’re so inspired, send us your thoughts. 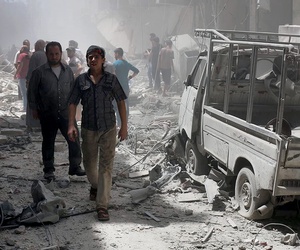 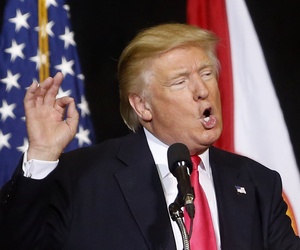 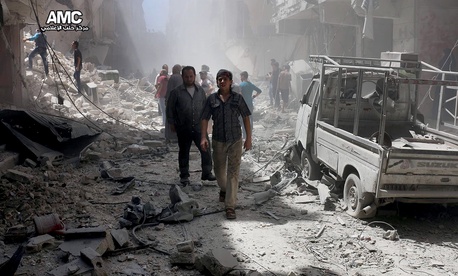 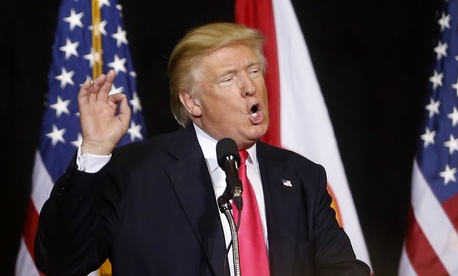