Authorities in New York City are hunting a 28-year-old naturalized Afghan-born man believed to be behind the bombing attacks in both New York and New Jersey, NYC Mayor Bill de Blasio said this morning as forensics crews are looking into more than half a dozen pipe- and pressure-cooker bombs in two states—including the one that went off in the Chelsea district of Manhattan, injuring 29 people; fortunately, none of them were seriously harmed, and all were sent home from the hospital on Sunday.

Person of interest: New York police released a photo of a man they say is named Ahmad Khan Rahami, from Elizabeth, New Jersey, whom authorities believe was “the man seen in surveillance footage taken Saturday night in Manhattan’s Chelsea neighborhood, the site of an explosion that injured 29 people,” NBC News reports, adding, “Several law enforcement officials told NBC News that they are concerned that an active terrorism cell with multiple players could be at work in the New York-New Jersey area.”

Investigators are probing a possible foreign link now: New York’s Governor, “Andrew M. Cuomo, who had said on Sunday that the attack did not appear to have a link to international terrorism, said new evidence might change that thinking,” The New York Times reports. “I would not be surprised if we did have a foreign connection to the act,” he said on CNN on Monday morning.

One of the FBI’s bomb-defusing robots took some damage early this morning while “working to disarm one of five devices found in the same bag in a trash can by two men at around 8:30 p.m. Sunday near the Elizabeth train station,” AP reports. “The men had reported seeing wires and a pipe coming out of the package.”

Here’s a look at one of the pressure-cooker bombs located before it went off in New York City.

And here’s the rather incredible story of a reporter who stumbled on one of the unexploded pressure-cookers.

Suspicions initially surfaced when a bomb detonated and another series of wired-together bombs were located along a route on Saturday for a Marine Corps 5K run in New Jersey.

On top of the attacks in New York and New Jersey on Saturday, a 22-year-old man went on a stabbing rampage in a mall in Minnesota before being shot dead by an off-duty police officer. The man arrived “dressed as a private security guard entered the Crossroads Center mall in St. Cloud over the weekend wielding what appeared to be a kitchen knife,” AP reports. “The city’s police chief said the man reportedly made at least one reference to Allah and asked a victim if he or she was Muslim before attacking.”

ISIS claimed the attacker was one of its soldiers—common practice in attacks believed to have been inspired rather than linked or directly guided by the terrorist group.

U.S.-led coalition airstrike kills at least 60 of Assad’s allied troops at a key location in Syria along a route where ISIS is likely to flee if it is expelled from Mosul, Iraq. Russia seized on the moment instantly to lampoon the U.S. for its support of ISIS—who were battling Assad alliance near a mountaintop overlooking a strategic airport in Deir Ezzour, in eastern Syria.

The attack occurred on Saturday and triggered a dizzying display of diplomacy at the UN Security Council when Russia called an emergency meeting. U.S. officials, meanwhile, were still racing to figure out what went wrong as a number of complicated factors came together in the attack, including: 1) CENTCOM saying it notified Russia of the target area before the attack, but received no push-back from Russia; 2) coalition aircraft observing the target area “for a significant amount of time before the strike” 3) reports Russian troops may have been killed in the strike as well as previous reports Hezbollah troops were in the Deir Ezzour region not all that long ago, and 4) the U.S. warplanes were accompanied by UK, Danish and Australian ones as well—though the coalition hasn’t confirmed Russia’s allegation that two F-16s and 2 A-10s were the planes that carried out the attack.

Regardless, the Aussies confirmed they were involved, but didn’t specify aircraft; and the Brits, likewise, confirmed their involvement in the strike—which may have involved their Reaper drone; and the Danes said their F-16s took part in the raid.

Quickly after the news broke on Saturday, CNN’s Barbara Starr reported that the U.S. was considering condolence payments for the Syrian troops killed.

Hours after the incident occurred, the UNSC became a platform for a war of words between the U.S. and Russia, Buzzfeed News reported. The U.S. ambassador to the UN, Samantha Power, delivered perhaps her most vocal derision of Russia to date, taking Moscow’s UN ambassador, Vitaly Churkin, to task for a “a stunt replete with moralism and grandstanding.” Catch video of her remarks, via Fox News, here. And more on the ISIS war below the fold.

The Man in Charge of Stopping the Next Snowden // Tech Editor Patrick Tucker: Moving past the summer of 2013 has proven difficult for the intelligence community.

The UK Is Having the War Debate That America Isn’t // The Atlantic’s Uri Friedman: The U.S. and Britain both intervened in Iraq and Libya. Only one is now seriously reckoning with those choices.

The Other Front Line: Iraqi Schools Need Our Help // John Paul Schnapper-Casteras: The ultimate success of the coming military assault on Mosul will depend on reviving a shattered educational system.

Welcome to Monday’s edition of The D Brief by Ben Watson and Bradley Peniston. On this day in 1957, the U.S. detonated its first fully underground nuclear test. (Send your friends this link: http://get.defenseone.com/d-brief/. And let us know your news: the-d-brief@defenseone.com.)

More on the counter-ISIS fight: The Turkish-backed rebels say: “Bring on the apocalypse!” as they march through al-Bab (where ISIS keeps its foreign intelligence office) and on to Dabiq, the town ISIS named its magazine after and which, according to Islamic prophecy, is where the world will end. The Guardian’s Martin Chulov has the story of that march—which includes the addition of 40 American special operations forces, announced Friday—here.

Some USSOF experienced a harsh welcome on Friday “with US units withdrawing to Turkey to avoid a confrontation with an Islamist opposition unit angered by their presence,” Chulov writes. “The US troops had previously allied with Kurdish forces with whom the Islamists had clashed elsewhere.”

The fighters that shouted them away: “They were the Ahrar al-Shariya group, who originally came from Deir ez-Zor,” said one opposition figure. “They didn’t quite chase them out, but the Americans thought it better that they leave.”

The U.S. reax: “There is absolutely no truth to coalition forces being forced out of Ar Rai. These forces conducted a routine planned movement, which followed a meeting with partnered forces in the area,” officials told Military Times in a statement.

Oh, by the way: U.S. commanders are reportedly pissed off over mission creep in Syria, Military Times also reports.

It’s hardly a safe space in that region, as 60 members of the Free Syrian Army were reported killed when they wandered into a minefield in northern Syria. That, here.

Also: Aid has still not made it to Aleppo—a key condition of the U.S.-Russian ceasefire that began a week ago.

In Iraq, via the BBC, here’s video of the Mosul leaflet drop, believed to be the largest of its kind since World War II.

And Iraq’s Prime Minister Haider al-Abadi will chat on the sidelines of the UN General Assembly this week with U.S. President Barack Obama about what’s next on the drive to retake Mosul. AP previews that, here.

Trump’s web of foreign dealings could “upend” U.S. foreign policy. That’s the conclusion from Newsweek’s Kurt Eichenwald: “Never before has an American candidate for president had so many financial ties with American allies and enemies, and never before has a business posed such a threat to the United States. If Donald Trump wins this election and his company is not immediately shut down or forever severed from the Trump family, the foreign policy of the United States of America could well be for sale.”

Even the extent of Trump’s foreign ties is unknown, thanks in part to his refusal to release his taxes, say a former acting CIA director and former defense undersecretary for intelligence. Michael J. Morell  and Michael G. Vickers penned an open letter, subsequently signed by more than 50 former government officials and national security and military figures, “urging him to disclose details of his overseas business investments before Election Day.” Read that, via the New York Times, here.

(Ah, but what about the Clinton Foundation? There’s no comparison, says Eichenwald: “There are allegations that Hillary Clinton bestowed benefits on contributors to the foundation in some sort of ‘pay to play’ scandal when she was secretary of state, but that makes no sense because there was no ‘pay.’” Contributions to the foundation were publicly disclosed; as audited by PricewaterhouseCoopers, 90% went to charitable efforts, such as fighting neglected tropical diseases that infect as many as a billion people.) 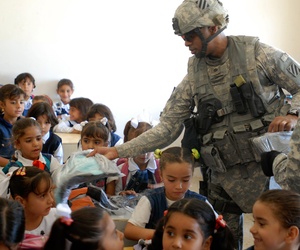 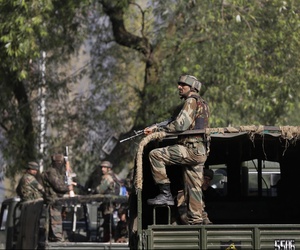 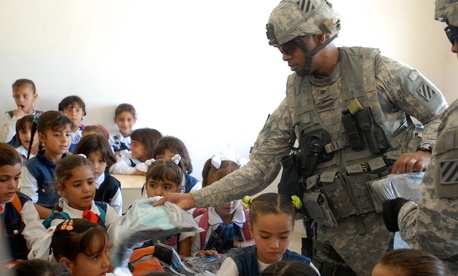 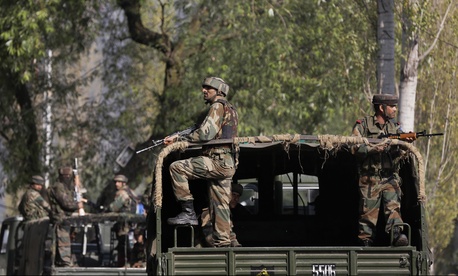