Mosul sitrep: It’s all proceeding “more quickly than we had programmed,” Iraqi Prime Minister Haider al-Abadi says. After three days of shaping fires, airstrikes and ground force maneuvers from multiple directions—as well as a personal appearance by Iraq’s prime minister on Wednesday—Iraq’s elite counterterrorism police of the Golden Division have entered the fight to retake Mosul from the Islamic State group. The force reportedly joined the fray around midnight east coast time, quickly finding itself in a fierce battle in the town of Bartella, some 20 kms east of Mosul. (That town was declared “liberated” of ISIS some seven hours later.)

About an hour before the Golden Division’s first reported movement, a linked “large-scale” offensive began featuring Peshmerga troops converging on the country’s second-largest city from three fronts along the north and northeast, Kurdistan’s General Command announced. Buzzfeed’s Mike Giglio said the Pesh hope to follow behind the CT police in the hopes of clawing back more than 15 villages on the city’s outskirts. The fight, of course, has not been without its harrowing moments—as this video of Pesh desperately working to prevent an ISIS suicide car bomber from reaching their front lines reveals.

How many troops are the Peshmerga contributing to the Mosul offensive? Nearly 30,000, officials told Kurdistan24 TV news last night.

While both offensives got underway, airstrikes and artillery continued to pound ISIS positions around the towns of Bashik and Nawaran, northeast of Mosul.

And some of Iraq’s disparate Popular Mobilization Forces launched an assault on Mosul from the west on Wednesday, with the Shi’a group, Hashid al-Sha’bi, entering the fray for the first time.

Here’s a Who’s Who on the battlefront, and here’s a map of what’s where in the march to Mosul, both via Agence France-Presse.

Spotted on the margins of the Mosul offensive: a gold-plated Heckler & Koch MP5 submachine gun, here.

Iraq’s bomb-defusers are enduring unspeakable dangers, forced to do their work often with no protective gear whatsoever. HuffPo’s Sophia Jones tells the story of Sarbast Salih, age 43, who died in the line of duty shortly after Jones filed.

ISIS’s news agency, Amaq, reports seven suicide attacks on Iraqi forces this morning alone, terrorism scholar Charlie Winter writes. They’ve also released a 19-second video of recently executed Peshmerga fighters hanging from a bridge in Mosul. Winter has been on top of his game during the offensive tracking the messaging from ISIS as it gradually loses its biggest stronghold in Iraq. Follow him on Twitter, here.

Moving from weapons on the ground to weapons above, here’s video of Iraqi F-16s dropping a few GBUs on Mosul.

And the Pesh reportedly downed an ISIS drone last night. That, here.

Syrian border watch: “There are around 5,000 to 6,000 [former residents of Mosul’s surrounding villages] who are already [in Syria]. Meanwhile there are still around 3,000 who are waiting at the border to cross,” Mezkin Ahmed, an adviser to the de-facto autonomous administration that controls much of northeast Syria, told Reuters Wednesday.

Russia may have just bombed some of those Turkish-backed rebels in north Aleppo, too, on Wednesday—at least the second known instance that Moscow has done so in the course of the war.

Apropos of nothing: Syria’s rebels in northwestern Idlib province have new deadly toys: Czech 122mm Grad rockets. Watch them burn through some of that new artillery, here.

The Hunt for Red October, 2016 edition. Many naval-watchers have been keeping a close eye on Russia’s entire Northern Fleet—an armada of ships cruising along Europe’s northern coast en route to the Mediterranean Sea to bolster Russia’s bombardment of Aleppo, according to NATO officials.

What this means: Aleppo has roughly two weeks before the hard steel rain will resume with a vengeance, a NATO official predicted: “They are deploying all of the Northern fleet and much of the Baltic fleet in the largest surface deployment since the end of the Cold War…This is not a friendly port call. In two weeks, we will see a crescendo of air attacks on Aleppo as part of Russia’s strategy to declare victory there,” the diplomat said.

Here’s footage from the Norwegian military of the Northern Fleet’s transit off Norway’s coast.

Leading the fleet is Russia’s only aircraft carrier, the Admiral Kuznetsov, a flattop that doesn’t have the greatest track record at sea. It spills fuel, has caught fire, has often needed a tugboat, and once required escort by the U.S. Navy’s 6th Fleet just in case the thing sank.

In other Russian news, Washington officials have requested a meeting with Moscow officials over work Russia has reportedly been involved in for quite a few years: working to deploy a new ground-launched cruise missile in violation of the Intermediate-range Nuclear Forces Treaty, The New York Times reported Wednesday.

U.S. officials’ beef with the Russians: They claim Moscow’s “missile production exceeds the rate necessary for a flight test program—a reasonable analytic inference,” wrote Jeffrey Lewis of the Middlebury Institute of International Studies. Where to go from here is anyone’s guess, as Lewis eventually explained after working out the limited options.

The World Needs the American Military // Shadi Hamid, via The Atlantic: It’s fiction to pretend that the most powerful nation can ever be truly neutral in foreign conflicts.

The U.S. Should Have One Cyber Defense Agency—Not Three, a Top NSA Official Says // Nextgov’s Joseph Marks: With the job divided between NSA, FBI, and DHS, “we need to rethink how we do cyber defense as a nation.”

Welcome to Tuesday’s edition of The D Brief by Ben Watson and Bradley Peniston. On this day in 2011, rebel forces captured and killed Libyan leader Moammar Gaddafi. (Send your friends this link: http://get.defenseone.com/d-brief/. And let us know your news: the-d-brief@defenseone.com.)

The Philippines’ President Rody Duterte announced a “separation” from the U.S., AFP reports.

Interesting poll from the Philippines: The U.S. registered +66 trust rating among citizens of Duterte’s country; China clocked in at -33. The results show that it “couldn’t be clearer most Filipinos don’t share Duterte’s foreign policy,” said Greg Polling of the Center for Strategic and International Studies’ Asia Maritime Transparency Initiative.

Too soon? A U.S. intelligence official told NBC News the U.S. is “confident” it has blocked Russia’s hacking paths: “A high-level intelligence source said the U.S. and its allies have choked off cyber paths that the Russians have allegedly been using to steal emails from high-profile Democrats and other prominent Americans and make them public through WikiLeaks, DCleaks and Guccifer 2.0.”

As can probably be expected, some national security observers aren’t so comfortable with that “confidence.”

Iran has reportedly escalated its arming of Houthi rebels in Yemen by routing supplies largely through Oman, U.S. and Western officials told Reuters. “We are aware of a recent increased frequency of weapons shipments supplied by Iran, which are reaching the Houthis via the Omani border. What they’re bringing in via Oman are anti-ship missiles, explosives…, money and personnel,” a Western diplomat familiar with the conflict told Reuters.

Oman denies the allegations, and Reuters writes that Oman is less an active player in the developments, and more a party simply turning a blind eye to the activity. More here.

Here’s a new map of the Yemen battlespace, via Reuters.

So, the debate. Aside from the unprecedented refusal of the GOP nominee to accept the results of an American presidential election, the third meeting of Donald Trump and Hillary Clinton revealed little new about the candidates’ national-security policies. Which is to say that Clinton has some and Trump has, to a rough approximation, none — beyond Build The Wall and Make Our Allies Pay Up. On Syria, just to take one area: Clinton: “I’m going to continue to push for a no-fly zone and safe havens within Syria. Not only to help protect the Iranians and prevent the constant outflow of refugees, but to frankly gain some leverage on both the Syrian government and the Russians so that perhaps we can have the kind of serious negotiation necessary to bring the conflict to an end and go forward on a political track.” She did decline to discuss what U.S. officials have recently said: such a policy would require between 15,000 to 30,000 troops to pull off. More from Military Times, here. But contrast that with Trump, who declared that Aleppo had “fallen”: “I mean, what do you need, a signed document? Take a look at Aleppo. It is so sad when you see what’s happened. And a lot of this is because of Hillary Clinton. Because what has happened is by fighting Assad, who turned out to be a lot tougher than she thought, and now she is going to say, ‘Oh, he loves Assad.’” Trump also tossed in the allegation that the Mosul offensive was begun this week as part of a conspiracy to help elect Clinton: “The only reason they did it is because she is running for the office of president.” Also: Trump once again declined to accept the U.S. intelligence community’s conclusion that Russia is trying to influence the election, signaling an…interesting…relationship with the IC should he become president. Full transcript via Vox, here.

Not mentioned in the debate: Yemen or Afghanistan, where the U.S. maintains 10,000 troops in a war now beginning its 16th year.

And here’s one humorous debate fact-check from the AP. Their headline: “Trump wrong that retaking Iraq’s Mosul not worth it.”

Lastly today: USS Zumwalt photobombed repeatedly. USS Zumwalt, the U.S. Navy’s newest and most technologically advanced surface ship, was commissioned in Baltimore, Maryland, on Oct. 15 during the city’s Fleet Week festivities” and “Several aircraft flew over the advanced multi-mission guided-missile destroyer as it travelled to its new home port of San Diego,” The Aviationist reported Wednesday.

Aircraft involved: the Northrop Grumman MQ-4C Triton; an E-2D Hawkeye; a C-2A Greyhound; a P-8A Poseidon; a SH-60R helicopter; and, why not, an F-35 Lightning II Carrier Variant. Catch them all in photographs, here. 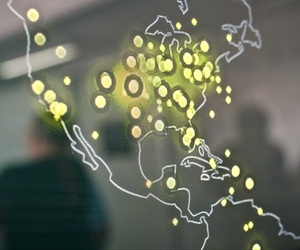 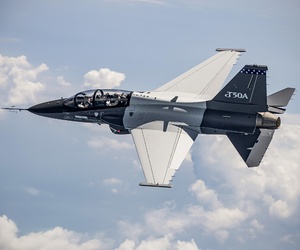 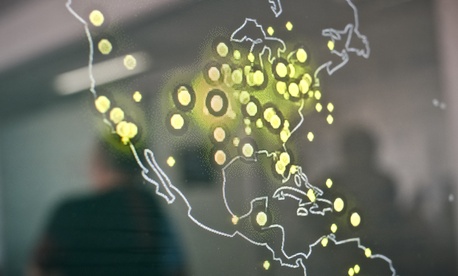 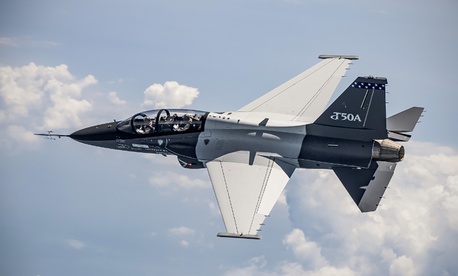