‘Unprecedented attack’ at Bagram; Assault begins on al-Bab; Trump: ‘we have great generals’ who ‘haven’t done the job’; Russia’s imagery games; and just a bit more…

“Unprecedented attack” at Bagram kills four Americans and wounds 17 others. The bombing on early Saturday is believed to have been carried out by a “poor local laborer and former Taliban fighter,” according to the Washington Post.

The Taliban claimed responsibility for the attack shortly afterward. “Taliban statements Saturday named the bomber as a Taliban member, Hafiz Mohammad Parwani, and said he had been secretly planning the attack for the past four months while working on the base. On Sunday, Parwan police officials named the attacker as Qari Nayeb Parwani and also said he had been working as a laborer at the U.S. base.”

The bombing occurred just two days after Taliban fighters attacked the German consulate in Mazar-e Sharif with a truck bomb, the Post adds. “All consulate staffers were safely evacuated, but the powerful blast, followed by heavy gunfire from Taliban fighters, killed four Afghans and wounded 128. A Taliban spokesman said it was in retaliation for a deadly U.S. airstrike in Kunduz the previous week.”

On the radar: The U.S. Embassy in Kabul warned of a coming wave of new attacks “against locations and individuals with potential American connections.”

The battle for a key ISIS-held Syrian city is about to get under way, two Turkish-backed rebel commanders told Reuters this morning. “The Britain-based war monitor, the Syrian Observatory for Human Rights on Monday cited residents saying areas surrounding [the city of] al-Bab were being struck by Turkish and FSA artillery. Another FSA commander who identified himself by the nom de guerre Abu Assad Dabiq said rebels were less than 3 km (2 miles) away.”

About al-Bab: “Al-Bab is located 30 km (19 miles) south of Syria’s border with Turkey and the same distance from Aleppo, meaning its capture could help rebels to advance against pro-government forces besieging their comrades inside the city…However, allies of the Syrian government late last month warned Turkey against an advance towards their positions to the north and east of Aleppo, saying any such move would be met ‘decisively and with force.’”

What’s promised to follow—and how things could get yet more complicated in Syria: “Turkey has also said that after the Euphrates Shield operation captures al-Bab, it will target Manbij, a city 40 km to the east that has been held by forces allied to the SDF for months. That could prompt a much wider escalation between Turkey and Kurdish groups that could in turn foil efforts by the United States to orchestrate an SDF assault on Islamic State in Raqqa.”

The latest on that Raqqa offensive: The U.S.-backed Syrian Democratic Forces say they’re working on forming a locally-based coordination council for the city of Raqqa should the SDF manage to recapture it from ISIS in accordance with “phase three” of the current Euphrates Wrath operation, Kurdish ARA news reported Sunday. Will it even make it that far before the Trump administration diverts course? Impossible to know, but that’s no doubt a question on the Kurdish YPG’s mind—and not just within the SDF, but across the Kurdish-held canton of Afrin in the far northwest, all the way to the largely Kurdish-held northeast. Stay tuned.

Elsewhere in Syria, residents of rebel-held east Aleppo received a text message on Sunday saying they all had 24 hours to leave the city before a major attack begins—presumably with the recently arrived carrier group, led by the Admiral Kuznetsov, which was most recently geolocated not far from the Russian naval port at Tartus.

If you want to get dramatic about what’s onboard the Kuznetsov, this slightly garish graphic is just your thing.

There was another airstrike this morning reported on a hospital in the province of Aleppo, wounding “several members” of the staff, Reuters writes.

Don’t look now, but a former Tajik police commander once trained by the U.S. military has risen in the ISIS ranks, The New York Times reported. His name: Gulmurod Khalimov, and his “precise rank is unclear; he could be the group’s so-called minister of war, or military commander in chief. In any case, the State Department, which oversaw his training, thinks he is important enough that on Aug. 30, it offered a $3 million reward for information on his whereabouts… The State Department has been publicizing the reward in Tajikistan, where relatives or acquaintances might have salient information.” Story, here.

In Iraq, ISIS is using more civilians as human shields, moving them house-to-house in Mosul to avoid death by airstrike, the Norwegian Refugee Council said this weekend. They provide a robust roll-up of the current humanitarian situation on Mosul’s outskirts, here.

Crises from Europe to the Asia-Pacific Await Donald Trump // The Atlantic’s Uri Friedman: The world has reacted to Trump’s victory. Soon Trump will have to react to the world.

The Pentagon’s New Background Check System Won’t Be Ready for Nearly Two More Years // Nextgov Joseph Marks: Though it could be completed as early as 18 months, the director of the new agency that manages the clearance process said Thursday.

Welcome to the Monday edition of The D Brief by Ben Watson and Bradley Peniston. On this day in 1910, Eugene Burton Ely piloted his Curtiss biplane from a makeshift flight deck on the USS Birmingham, the first shipboard takeoff. (Send your friends this link: http://get.defenseone.com/d-brief/. And let us know your news: the-d-brief@defenseone.com.

The next commander-in-chief, asked about ISIS on 60 Minutes last night:

Lesley Stahl: “You said you knew more than the generals about ISIS.”

Also, he now says he never said he’s for more countries getting nuclear weapons. The Washington Examiner lists a few times he said something very close to it.

Sen. Kelly Ayotte for SecDef? Rep. Duncan Hunter for Deputy SecDef or Army Secretary? Who knows, but the rumors are flying. Regardless of who goes where, Hunter told Stars and Stripes this weekend, “The warrior culture is going to get infused into (the Pentagon) again. It’s probably going to take a while because a lot of guys who had that mentality are no longer there, but maybe people’s true colors can show now, a little bit.” More on his possible new gig, and why he’s a good bet to find a home in the Trump White House, here.

Here’s why so many national security experts want Randy Forbes to be the next Secretary of the Navy: As outgoing chairman of the House Armed Services Committee’s Seapower and Projection Forces Subcommittee, he gets it, said Jerry Hendrix, a Navy veteran and director of the Defense Strategies and Assessments Program at the Center for a New American Security. And “even on the issues where we have disagreed, Forbes has welcomed me into his office for a real and substantive discussion to fully explore the issue. Rarely have I found someone so professional and proper in their deliberations.” The National Interest tallies a few more pro-Forbes responses, here.

Is the Moscow honeymoon over POTUS Trump already over? The Moscow Times says perhaps.

China’s Xi, on Trump: cooperation is the “correct” choice.

ICYMI: The U.S. military accidentally killed 10 members of an allied regional force in Somalia during a drone strike in late September intended to target extremists from al-Shabab, the Washington Post reported late last week. The short take: “The United States appeared to have unwittingly entered into a war between two regional fighting forces, both its allies.” That, here.

The Green Berets killed in Jordan last week were working for the CIA, the Washington Post reported Saturday.

Lastly today: A primer on how Russia communicates with satellite imagery, via the folks at the Atlantic Council’s Digital Forensics Lab. The skinny: Moscow “uses and abuses satellite and aerial imagery” four distinct ways—misinterpretation, misidentification, misdating and modification. After combing though nearly a half-dozen instances of lying, DFL warns in closing, “It would show incredibly poor judgement to accept any of that imagery and the Russian MoD’s opinions on it without further, independent, analysis. Fortunately for those of us trying to separate fact from fiction in conflict zones, open source material has provided us with a wealth of information to do that type of independent analysis, something the Russian Ministry of Defence may one day come to realise.” That, here. 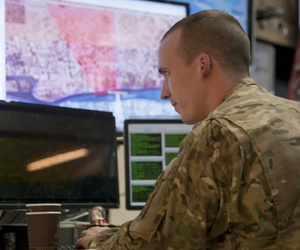 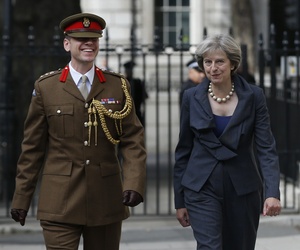 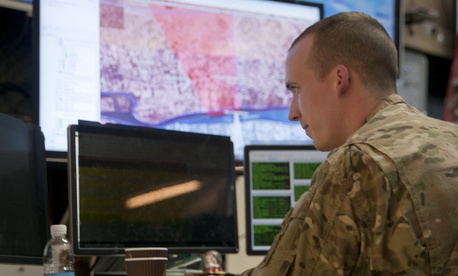 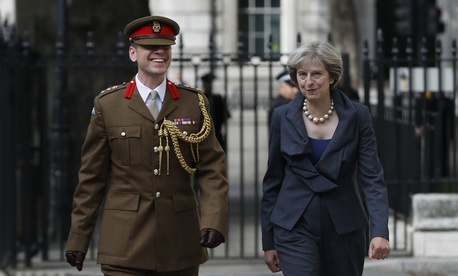