An American special operator has been killed in Somalia and two others wounded some 40 miles west of the capital of Mogadishu, CNN’s Barbara Starr reports this morning. The attack featured a flurry of small arms fire aimed at “a mission advising Somali National Army forces. Not a lot more to this developing story, but what there is you can find here.

The U.S. military’s new Afghanistan troop plan will head to the White House “within the next week,” Theresa Whelan, acting assistant secretary of defense for special operations, low-intensity conflict, told senators Thursday. Adds Reuters: “It has been three months since Army General John Nicholson, who leads U.S. and international forces in Afghanistan, said he needed ‘a few thousand’ additional forces, some potentially drawn from U.S. allies. Current and former U.S. officials say discussions revolve around adding 3,000 to 5,000 troops. Those forces are expected to be largely comprised of trainers to support Afghan forces, as well as air crews.”

According to the Associated Press, “A senior NATO official said the U.S. has sent letters to allies asking them to increase their commitments.”

On the other hand, nameless U.S. officials told Reuters “the situation in Afghanistan is even worse than they had expected, and that any politically palatable number would not be enough to turn the tide, much less create stability and security.”

Defense Firms Score in 2017 Budget Deal // Marcus Weisgerber: Arms procurement goes from a requested cut under Obama to a plus-up under Trump.

State Department Greenlights Nearly $5B in Arms Exports // Marcus Weisgerber: That includes prospective, not final, sales to allies from March to May.

The US Military Has a New Technology to Finally Solve the Concussion Crisis // Joseph Darius Jaafari: The Army is testing sensors that can detect the impact of explosions on the brain.

Welcome to Friday’s edition of The D Brief by Ben Watson and Bradley Peniston. #OTD1945: A Japanese fire balloon kills six people in Oregon, the only casualties of the war in the continental U.S. Got tips? Email us at the-d-brief@defenseone.com. (And if you’re reading this on our website, consider subscribing. It’s free.)

Return of the “butcher of Kabul.” “Gulbuddin Hekmatyar, a controversial Afghan militia leader who has spent the past two decades as a fugitive abroad, returned Thursday to the city he once attacked mercilessly and made an impassioned appeal for peace and unity in his war-torn homeland,” the Washington Post reports from the capital.

Quite the background: “Once a ruthlessly effective anti-Soviet militia leader in the 1980s, Hekmatyar was bankrolled by the CIA but later turned against the West…Hekmatyar, who served two brief stints as prime minister, became embroiled in the civil war of the early 1990s. As he and other warlords fought for control of Kabul, his rockets badly damaged several districts and killed thousands of people, earning him the nickname the ‘Butcher of Kabul.’ When the Taliban took power in 1996, he fled to Iran; after the Taliban was driven out in 2001, he took up arms against the government of President Hamid Karzai while reportedly hiding in Pakistan. He also called for jihad against the United States, and in 2003 he was designated a ‘global terrorist’ by the U.S. government after declaring support for al-Qaeda.”

Nearly a decade and a half later, Kabul is a very different place—and the country’s leadership has few reasons but to chart any kind of different path toward peace. Last fall, President Ashraf Ghani “offered him full amnesty for wartime abuses and asked the United Nations to lift its ban if Hekmatyar would return to civilian life and help persuade the Taliban to end its nearly 16-year guerrilla war,” the Post reports. “On Thursday, the deal came to fruition when Hekmatyar roared into Kabul in a caravan of fast-moving trucks and SUVs full of armed men.” Read the rest, here.

What we know about the Russia-Iran-Turkey plan for “de-escalation zones” in Syria. Four areas are covered, according to the Washington Post’s read of the agreement struck in Kazakhstan on Wednesday: “the northern province of Idlib, where almost a million displaced people are packed among rebel forces dominated by al-Qaeda, and some portions of adjoining provinces; Eastern Ghouta, a besieged area on the outskirts of Damascus that is the last remaining threat to Assad’s hold on the capital; a besieged district of the government-controlled city of Homs, 100 miles north of Damascus; and a swath of Syria’s southern border with Jordan where the United States is supporting rebel forces against Islamic State militants.”

On the use of violence in these places: “Except for the stated exceptions for ‘terrorists,’ it said that ‘hostilities between’ Assad’s forces and those rebel groups that sign on, ‘with the use of any kinds of weapons, including aerial assets, shall be ceased.’”

One word of praise, and one oft-heard word of caution: “The United Nations’ Syria envoy, Staffan de Mistura, hailed the announcement as a ‘step in the right direction’ toward a broader truce. But experts suggested its guarantors might be using its provisions to secure their own interests in Syria.” More here.

One more thing: “U.S.-led coalition aircraft would be able to operate against the Islamic State group in specific areas, but the ‘de-escalation zones’ were now closed to their flights,” the AP reports, citing remarks this morning from Russia’s representative at the Syria talks, Alexander Lavrentyev. That tiny update, here.

In case you missed this story—initially reported around December—Russia has sent about 1,000 Chechens to fight in Syria. Foreign Policy has the six-month check-in, here.

The Islamic State group’s new advice to wannabes in the United States: head to gun shows and online sales, WaPo also reported Thursday. “In the most recent issue of Rumiyah, its glossy multilingual propaganda magazine, the Islamic State encouraged recruits in the United States to take advantage of laws that allow people to buy firearms without having to present identification or submit to background checks.”

What is it you do here? SecState Rex Tillerson has reportedly asked the department’s 75,000 employees to describe what they do in six words, CBS News reported Thursday. “This survey is part of a department-wide review conducted by an outside consulting group that will cost over $1 million. As part of the review, State Department officials are traveling in person to some missions abroad. The international post visits include, but are not limited to, Haiti, Bogota, Manila, Kigali and Bangkok.” More here.

Lastly this week: The Pentagon’s new “road map” for drones will be ready soon, an update of the previous version, produced in 2013, C4ISR.net reported Thursday. “Like the 2013 road map, the new document will present the department’s outlook on unmanned air, maritime and ground technologies over the next 25 years. Much has changed since the previous version, when the Navy was planning on fielding a carrier-based unmanned combat aircraft and the Air Force looked toward acquiring a stealthy drone that would follow the MQ-9 Reaper. The services have backed away from both of those concepts in recent years, and the Air Force has not elaborated on what attributes it will need for the platforms that replace the Reaper and RQ-4 Global Hawk, for instance.” Read on, here. 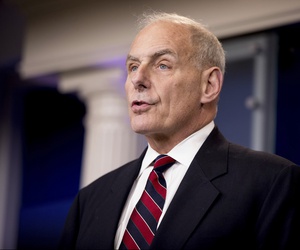 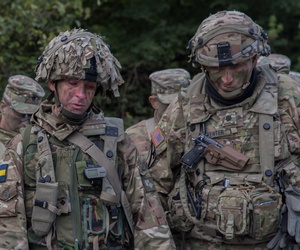 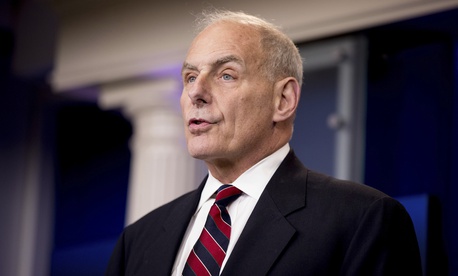