North Korea walks back its threat to Guam shortly after “China took its toughest steps against Pyongyang to support U.N. sanctions,” The Wall Street Journal reported Monday. “North Korean state media said Tuesday that Kim Jong Un had made his decision not to fire on Guam after visiting a military command post and examining a military plan presented to him by his senior officers. But it warned that he could change his mind ‘if the Yankees persist in their extremely dangerous reckless actions.’”

A note on Beijing’s timing: It was seen as “a response to [President] Trump’s plans to kick off a probe into China’s alleged theft of U.S. intellectual property,” a probe the Trump administration “officially announced later on Monday.”

Adds the Journal: “Asked whether the White House was linking its handling of China trade pressure with the North Korea issue, a senior administration official said ‘these are totally unrelated events.’”

Related reading: “President Xi Jinping is in the midst of an effort to strengthen laws on patents, copyrights and trademarks, giving fledgling firms in China new sources of revenue and prestige,” The New York Times reports. “The country is also pursuing an ambitious plan, called Made in China 2025, to become a global leader in areas like robotics and medical technology and kick off the next phase of China’s development. The efforts reflect the view of Chinese officials that controlling global technologies and standards is on par with building military muscle.”

What to know about that probe: “U.S. Trade Representative Robert Lighthizer will have a year to look into whether to launch a formal investigation of China’s trade policies on intellectual property, which the White House and U.S. industry lobby groups say are harming U.S. businesses and jobs,” Reuters reports. “Trump administration officials have estimated that theft of intellectual property by China could be as high as $600 billion.”

Reminder: Some of the military technology in China’s hands, which looks an awful lot like American-made military tech, include: the C-17-like Y-20; the F-35-like J-31; the MQ-9-like Yi Long drone; the F-22-like J-20 and more, via U.S. Naval Institute News, here.

None of these developments on trade or Guam are expected to stop an upcoming U.S.-South Korean joint exercise, Ulchi-Freedom Guardian, running from August 21 to 31. And as The Guardian reported late last week, the U.S. and Japanese are currently amid an “18-day live-fire exercise on the northern Japanese island of Hokkaido, another scheduled event that comes at a precarious time.”

There’s also a joint U.S. Marine-Japanese Self Defense Forces exercise running through August 28, USNI reports. “At Misawa Air Base, Japan, and on the nearby island of Hokkaido, both located in the northern edge of the Japanese archipelago, Northern Viper 2017 tests how Japanese forces and the U.S. Marine Corps operate together during a variety of missions involving peacekeeping, humanitarian assistance, and disaster relief operations.” More from U.S. military leaders’ perspective of tensions on the peninsula below.

‘Every Country Should Have a Cyber War’: What Estonia Learned from Russian Hacking // Brietta Hague: Estonia’s steps have certainly been radical, and other countries can learn lessons from them about how to defend themselves.

What Happens When No One Believes American Threats? // Kathy Gilsinan: In the long term, it does America no favors for its president to establish a reputation for hyperbole and unrealistic threats.

Could Police Have Prevented Bloodshed in Charlottesville? // David A. Graham: Neo-Nazis and counter-protesters alike think that local and state police should have done a better job keeping violence from breaking out over the weekend.

Welcome to Tuesday’s edition of The D Brief by Ben Watson and Bradley Peniston. OTD1945: The emperor of Japan announces the government’s surrender to allied forces. Have something you want to share? Email us at the-d-brief@defenseone.com. (And if you’re reading this on our website, consider subscribing. It’s free.)

President Trump is “very, very close” to making a decision on the Afghanistan war, SecDef Mattis — drycleaning in tow — told reporters at the Pentagon on Monday. CNN: “Mattis insisted “all options” remained on the table for how to approach Afghanistan, and said those options included a full withdrawal as well as a proposal for the use of more contractors to manage the US effort there.”
Mattis: “The strategic decisions have not been made.” Mattis threw his support behind the current Afghan war commander, Gen. John Nicholson; but when asked how the president feels about Nicholson now (as opposed to, say, 12 days ago), Mattis replied, “Ask the president.” More from CNN, here. Or from Military Times, here.
Asked about Charlottesville, Mattis said he was “saddened by it. Very saddened by what I saw.”
And about President Trump’s input on transgender troops in the military, Mattis said, “the fact is, we have received no direction that would indicate any harm to anybody right now.” The Washington Post has more on all that, here. Or watch Fox News’ Jennifer Griffin lay it out in two-and-a-half minutes, here.

Oh, and Mattis had something to say about the threats from North Korea. Bloomberg: “It could escalate into war very quickly — yes, that’s called war,” Mattis told reporters Monday at the Pentagon. “If they shoot at the United States, I’m assuming they hit the United States — if they do that, then it’s ‘game on’.” Asked if he considers Guam part of the U.S., he said, “Yeah, it sure is.” That, here.
However, Mattis left a bit of strategic ambiguity about the U.S. response should North Korean missiles land near the mid-Pacific island. Tweeted WaPo’s Dan Lamothe after SecDef stopped by the Pentagon press room: “Clearly, a missile HITTING Guam means war. But a missile landing near Guam becomes an issue taken to Trump.” Mattis cited a need to consult allies, and to retain that ambiguity.
Dunford’s message to South Korea: “U.S. military options being prepared against North Korea would be for when diplomatic and economic sanctions failed,” Reuters reported off the Joint Chief Chairman’s visit to Seoul on Monday. That short hit, here.
South Korea’s message to the world — and indirect message to the White House: “War must never break out again on the Korean Peninsula. Only the Republic of Korea can make the decision for military action on the Korean Peninsula,” President Moon Jae-in said Tuesday commemorating the 72nd anniversary of Japan’s surrender in World War II. More from the Journal again, here.

Another Iranian drone has come awfully close to a U.S. carrier in the Persian Gulf, CNN reported Monday. The incident happened on Sunday when a “QOM-1 drone came within 1,000 feet of US aircraft flying near the USS Nimitz.” The last unsafe interaction with Iran — there have been 14 total this year — was just a week ago when “an Iranian QOM-1 came within 100 feet of a US Navy F/A-18 attempting to land on the USS Nimitz,” CNN writes.
For what it’s worth, “The latest incident involving a drone comes the day after Iran’s parliament passed a bill aimed at “countering” recently passed US sanctions on Tehran.” More here.

The U.S. military is restarting a counterterrorism exercise with Egypt next month, Foreign Policy reports. “Unlike in past years, however, Bright Star will feature a smaller U.S. military footprint, a U.S. official with knowledge of the planning told Foreign Policy, with ‘several hundred’ personnel taking part, as opposed to the thousands that deployed from the early 1980s until it was called off.”
The exercise was last held in 2009, FP reports, with the Arab Spring chaos and murder of civilian protesters prompting the Obama administration to drop future exercises from 2011 on. The focus this year will be on “detecting and eliminating roadside bombs, and border security operations — all tasks crucial to ending the yearslong insurgency in Sinai, which has seen the influx of Islamic State fighters and funding over the past two years. The largest group in Sinai, Ansar Beit al-Maqdis, is responsible for dozens of roadside bombs and other attacks, and pledged allegiance to the Islamic State in late 2014. The group currently controls large swaths of the peninsula.” More here.

Mapped: How President Trump is changing America’s foreign policy, from the graphics team at the Washington Post. A really impressive interactive, with annotations and chronologies, here.

The Trump-Russia story picked up new momentum Monday with a report on internal campaign emails obtained by the Washington Post. The gist: an email sent by a young adviser with the subject line “Meeting with Russian Leadership - Including Putin.” The adviser: George Papadopoulos, “a campaign volunteer with scant foreign policy experience.”
Writes the Post, “The exchanges are among more than 20,000 pages of documents the Trump campaign turned over to congressional committees this month after review by White House and defense lawyers. The selection of Papadopoulos’s emails were read to The Post by a person with access to them. Two other people with access to the emails confirmed the general tone of the exchanges and some specific passages within them.” Story — it’s a long one — here.

More than 20 years after Timothy Mc­Veigh, a 23-year-old Oklahoma man with a history of mental illness was arrested Saturday “on charges that he tried to detonate what he thought was a 1,000-pound bomb,” WaPo reports.
Targets of interest: He “allegedly discussed a number of potential targets, including the Eccles Federal Reserve Board Building in Washington, D.C., an IRS building in Maryland and a Bank of America data center in Texas. Eventually, he settled on a BancFirst building in Oklahoma City, the court papers say.”
And a bit about his background: “In one conversation, he said he believed in the ‘Three Percenter’ ideology — a form of anti-government activism that pledges resistance against the government on the belief that it has infringed on the Constitution, according to court papers. Those who subscribe to the ideology incorrectly believe that only 3 percent of the colonial population participated in the American Revolution, and they see themselves as their heirs.” Story, here.

Lastly today: The two U.S. soldiers who died in northern Iraq on Sunday were killed in an artillery “mishap,” the Pentagon said Monday. The deceased are Sgt. Allen Stigler Jr., 22, of Arlington, Texas, and Sergeant Roshain E. Brooks, 30, of Brooklyn. Both were paratroopers from the 82nd Airborne Division. RIP, gentlemen. 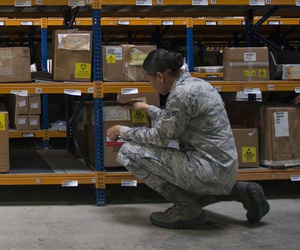 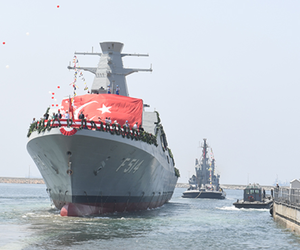 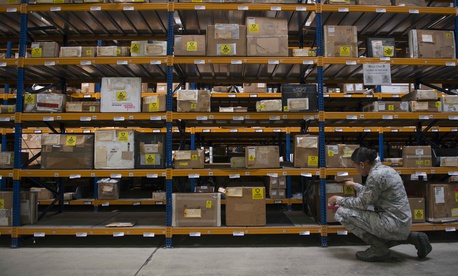 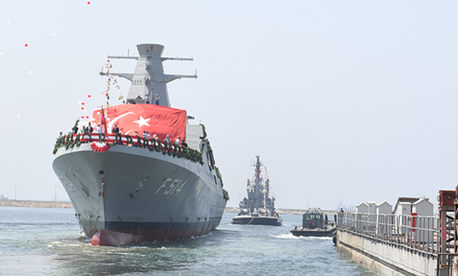