President Trump’s military has stopped arming its Kurdish partners in Syria — the ones who routed ISIS from its former HQs in Raqqa. The president called the aid “nonsense [that] should have ended a long time ago,” the Associated Press reported this weekend, quoting Turkish Foreign Minister Mevlut Cavusoglu. The decision was announced after a Friday phone chat between Trump and Turkish President Recep Erdogan.

It also evidently blind-sided U.S. officials at the Departments of State and Defense, AP writes. “Officials at both agencies, who would normally be informed of changes in U.S. policy toward arming the Syrian Kurds, said they were unaware of any changes.”

Noted NPR: “Friday’s phone call followed a summit on Syria in Sochi this week between Erdogan, Russian President Vladimir Putin and Iranian President Hassan Rouhani. Turkey, Russia and Iran are working to bring an end to the conflict.” More here.

Cyber and Space Weapons Are Making Nuclear Deterrence Trickier // James Miller and Richard Fontaine: If you can’t trust your networks or satellite communications in a crisis, ‘use-or-lose’ scenarios get a lot closer.

Welcome to this Cyber Monday edition of The D Brief by Ben Watson and Bradley Peniston. Email us. And if you don’t subscribe already, consider subscribing. It’s free.

There are about 26,000 troops in Iraq and Afghanistan, Military Times reports this morning. “The U.S. has 8,892 forces in Iraq, 15,298 troops in Afghanistan and 1,720 in Syria, for a total of 25,910 troops serving in the three war zones as of Sept. 30,” according to updated Pentagon accounting procedures.
Perhaps most noteworthy, “The actual number of forces in Syria is also substantially higher than the previously acknowledged figure,” MTs writes. The number rises from a previously understood count of 503 troops to 1,720. More here.

In Afghanistan, this next year will be “different,” U.S. News’ Paul Shinkman reports after traveling to Brussels to find “the Trump administration now believes it has everything it needs to win the war in Afghanistan.” But you can count Finland’s defense minister among those who are not so sanguine. Read on, here.

One of the deadliest attacks in Egypt’s history occurred Friday when “Twenty-five to 30 attackers arrived in five SUVs at the al Rawdah Sufi mosque in Bir al-Abed” and killed 305 people, CNN reports. Some attackers “wore masks and at least one was carrying an ISIS flag.” Others wore military combat uniforms and armed with automatic machine guns” and “positioned themselves at the building’s entrances and the front of the mosque shortly before the massive gunfire and loud explosions rang out” at the site of the attack, in northern Sinai. Read on for possible motives — if the attackers were indeed ISIS — here.
President Trump used the attack to rally his followers against the attackers’ “extremist ideology” — and to call for more attention to his border wall and travel ban plans, AP reported.

Another drone strike in Yemen, “the third of its kind in a week” for central Bayda province, allegedly killed three al-Qaeda fighters, AP reported Sunday in a very short story.
Food has finally made it to Yemen, the first shipment to the country since the Saudis blockaded the country’s ports in early November, CNN reported Sunday. “To feed the 7 million people suffering severe famine, we need this kind of access on a regular basis, as we had before November 5,” Abeer Etefa, senior regional communications officer for the UN’s World Food Programme, said. “We are hoping that commercial ships carrying food will also be allowed access to Yemen’s ports soon, as the country imports 90% of its food and this is the only way to end the famine.”

Names of the missing: On Saturday, the U.S. Navy released the names of the sailors lost in last week’s crash of a C-2A Greyhound. The sailors were Lt. Steven Combs; Matthew Chialastri, an aviation boatswain’s mate airman; and Bryan Grosso, an aviation ordnanceman airman apprentice.

Sub hunt goes on: Battling gale-force winds, the U.S.-assisted search for Argentina’s missing submarine entered its 11th day on Sunday. Reuters reports that a ship sent by the U.S. Navy’s Undersea Rescue Command is slated to have a remotely operated mini-sub on station Monday afternoon.
AFP has a short video of the search, as seen from the U.S. Navy P-8 maritime patrol aircraft that is also helping.

The Chinese are building a quantum sensor that could see America’s stealth jets. It’s reportedly under development at the Key Laboratory for Quantum Optics, Chinese Academy of Sciences in Shanghai, using “quantum ghost imaging” technology — an innovation which can see “not just the extremely small amount of light straying off a dim target, but also its interactions with other light in the surrounding environment to obtain more information than traditional methods,” the South China Morning Post reported this weekend.
One application: spotting “stealth bombers taking off at night, according to researchers.” The Chinese plan to “complete a prototype by 2020,” with “large-scale applications” expected by 2030. Details on how it is intended to work, here.

America’s diplomats are being forced out of their jobs “in droves,” reports the New York Times. More than more than 100 senior Foreign Service officers have left the State Department since January, drawing bipartisan concern from Capitol Hill. Those who have been forced out include the head of security — yes, the guy near the center of the Benghazi hearings — who tried unsuccessfully to meet with his boss, Rex Tillerson, for nine months. NYT: “Mr. Tillerson has frozen most hiring and recently offered a $25,000 buyout in hopes of pushing nearly 2,000 career diplomats and civil servants to leave by October 2018…Among those fired or sidelined were most of the top African-American and Latino diplomats, as well as many women, difficult losses in a department that has long struggled with diversity.” Read on, here. 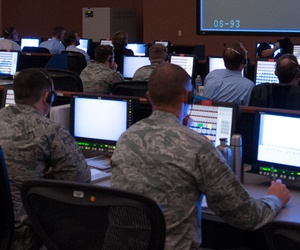 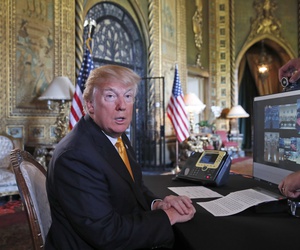 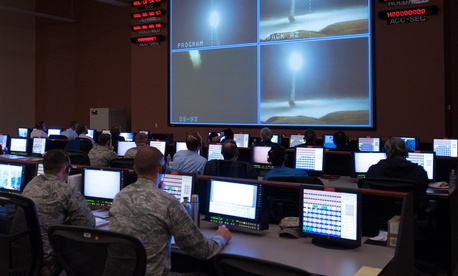 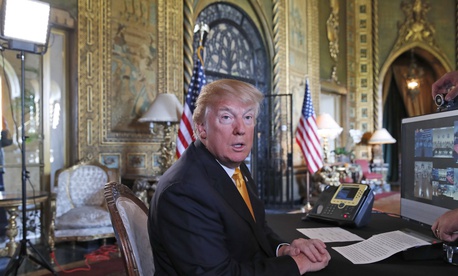