US to boost arms-sales efforts; Border wall cost rises to $18B; Video of F-15 intercepting Russian jets; Many lessons, the Battle of Endor offers; and just a bit more…

Correction: An earlier version of today’s D Brief misstated the U.S. share of global arms exports, which was about one-third in 2016.

Trump will order Pentagon, diplomats to boost efforts to sell U.S. arms abroad, Reuters reports. “President Donald Trump as early as February is expected to announce a ‘whole of government’ effort” to ease American and international arms-export restrictions and to increase international-sales efforts by diplomats and other government officials, the news agency reports, quoting multiple anonymous officials, including at least one in the State Department.

Here’s one senior administration official, quoted anonymously: “We want to see those guys, the commercial and military attaches, unfettered to be salesmen for this stuff, to be promoters.” Read more, here.

Arms exports hit record highs under the Obama administration, a trend that continued into the first year of Trump’s presidency: “Foreign military sales in fiscal 2017, comprising much of Trump’s first year in office and the final months of Obama’s term, climbed to $42 billion, compared to $31 billion in the prior year, according to the U.S. Defense Security Cooperation Agency.”

U.S. has one-third share: From 2012 to 2016, U.S. exports grew 21 percent from the previous five-year period, and rose to account for 33 percent of global arms exports, according to a February report from SIPRI, via Arms Control Association. Read, here.

America’s new National Defense Strategy is coming in 11 days, Defense Secretary Jim Mattis told reporters at the Pentagon on Friday. “There will be a classified one that is relatively thick; there will be a shorter one that will basically lay it out unclassified, and we’ll get those copies to you,” Mattis said.

After that, “the Pentagon will also unveil the Ballistic Missile Defense Review and Nuclear Posture Reviews in February,” Military Times writes. More here.

Hybrid Star Wars: Lessons from The Battle of Endor // James Stavridis and Colin Steele: In an excerpt from an upcoming anthology of Star Wars-themed essays, a former NATO supreme commander revisits a forest moon in a galaxy far, far away.

CDC To Brief the Public on Responding to a Nuclear Attack // Katherine McIntire Peters: The health agency said that such an event is unlikely, but ‘planning and preparation can lessen deaths and illnesses.’

The Pentagon’s Cloud Strategy Is ‘Evolving’ // Frank Konkel: The department hasn’t made a final decision on how many contracts it will award, a Pentagon spokesman said.

Pakistan’s Week Keeps Getting Worse // Krishnadev Calamur: The administration suspended security aid for what it says is Islamabad’s failure to take “decisive action” against terrorists.

Welcome to this Monday edition of The D Brief by Ben Watson and Bradley Peniston. Email us. And if you find this useful, consider forwarding it to a friend or colleague. They can subscribe here for free.

Border wall update. The Trump administration is asking Congress for nearly $18 billion to build more than 700 miles of new and replacement barriers along the southwestern U.S.-Mexico border, The Wall Street Journal reported this weekend, citing plans “laid out in a document prepared by the Department of Homeland Security at the request of a group of senators.”
Highlights: According to the plan, “the wall project [will unfold] over 10 years. If carried out as described, by 2027, about 970 miles of the 2,000-mile Southwest border would have some sort of fencing or wall separating the U.S. from Mexico.” That, the Journal writes, would be a “major expansion from the 654 miles of barrier now.”
And on the gears and gadgets side, “The non-wall border requests laid out by DHS include $5.7 billion over five years for towers, surveillance equipment, unmanned aerial vehicles and other technology; $1 billion over five years for road construction and maintenance; and $8.5 billion over seven years for 5,000 new Border Patrol agents and other personnel.”
Total costs: “$9.3 billion over the first five years and $8.7 billion over the next five years.” Read the rest, here.

Here’s recent video of U.S. Air Force F-15s intercepting Russian aircraft on Nov. 23 and Dec. 13 near the Baltics. “In both encounters,” Military Times writes, “the F-15s were scrambled because the Russians did not broadcast the codes required by air traffic control, and did not file a flight plan, the Air Force said.”

The USS Wasp has been retasked to the U.S. Navy’s 7th Fleet, near Sasebo, Japan, Stars and Stripes reported this weekend. CNN calls the ship a “40,00-ton, 844-foot-long… baby aircraft carrier.” It will soon serve as the fleet’s “forward-deployed amphibious-assault ship and will serve as the flag ship” for the 7th’s amphibious forces, Stripes writes, while also able to support the F-35B, which “arrived last year at Marine Corps Air Station Iwakuni.” More here.

Also en route to the western Pacific: USS Carl Vinson strike group, South Korea’s Yonhap News Agency reports. “The nuclear-powered supercarrier, accompanied by several guided-missile destroyers and other warships, left its homeport in San Diego last week for the ‘regularly scheduled deployment’ to the region.” The carrier and its more than 6,000 accompanying sailors are expected to arrive shortly before “the opening of the PyeongChang Olympics on Feb. 9,” Yonhap adds. More from U.S. Naval Institute News, here.
And: a U.S. Navy aircraft helped search for mariners in South China Sea. On Sunday, a P-8 maritime patrol aircraft was dispatched from Kadena, Japan, to search some 3,600 square miles of the South China Sea for 32 crew members missing from the Iranian-flagged MV Sanchi, which collided on Saturday with a Chinese-flagged cargo ship, CF Crystal. The jet returned to base without having found any survivors, the Navy said, here.

Vietnam just opened a “cyberspace operations command” to “research and predict online wars,” Reuters reports from Hanoi. Recall that “In December, Vietnam revealed it had a cyber warfare unit of 10,000 staff, named Force 47, to counter what it said were ‘wrong’ views on the Internet,” Reuters writes. “The government has also called for closer watch over social media networks and sought the removal of content that it deemed offensive, but there has been little sign of it silencing criticism aired on global platforms.” Tiny bit more, here.

Secret spacecraft goes up; another reusable booster lands. The veil surrounding the Zuma spacecraft is unusually opaque even for a national-security payload; just about all the public knows is that Northrop Grumman arranged the trip aboard a SpaceX Falcon 9 rocket, whose first-stage booster successfully landed after delivering the Zuma to low Earth orbit.
That makes 21 successful launch-and-landings for SpaceX: all but one on a pair of floating platforms at sea. Space.com has more, here.

For your eyes only. Check out declassified satellite images from the CIA’s Corona program, which ran from 1959 to 1972. Imagery includes Cyprus, Beirut, Baghdad, Mosul, Aleppo, Cairo, Tehran and more.

And finally today: “A 93-year-old World War II veteran who wore out two pairs of shoes campaigning door-to-door is the new leader of a New Jersey shore town.” That’s the lede of this Associated Press report from Tinton Falls, N.J., where Vito Perillo was sworn in Tuesday night as mayor. “The U.S. Navy veteran has said he didn’t think he had a chance of winning, but decided to run following a pair of whistleblower lawsuits involving the police department that cost the borough a reported $1.1 million in settlements.”
In a report shortly after the election in November, “Perillo said he ran on a platform of greater transparency and lowering the municipal tax rate. His slogan was ‘a full-time fiscally prudent mayor.’”
“I’m the mayor of all the people,” Perillo told local news at the time. “Even the people who didn’t vote for me.” A little bit more to his story, here. 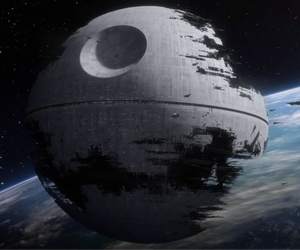 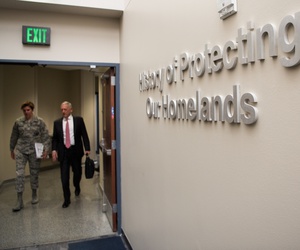 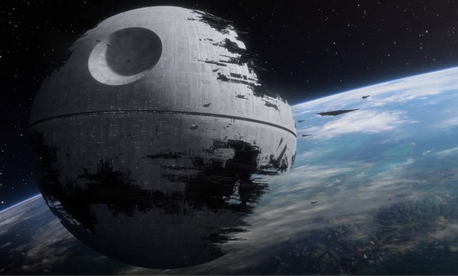 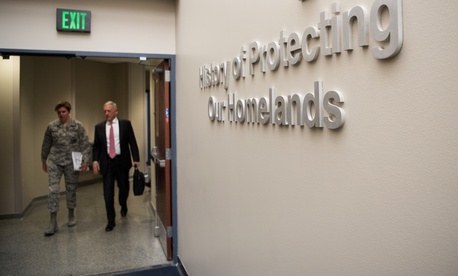