Here’s the plan for Tuesday’s historic summit in Singapore: “Following the initial greeting, President Trump and Chairman Kim will participate in a one-on-one meeting, with translators only, an expanded bilateral meeting, and a working lunch,” reports Sam Stein of MSNBC/Daily Beast. That all starts at 9 p.m. Monday Washington time (9 a.m. Tuesday in Singapore).

First item of business: “How long until you will be able to figure out they are serious about giving up nuclear weapons?” a reporter asked Trump on June 9.
“That’s a good question, within the first minute I’ll know,” Trump replied.
“How?” the reporter asked.
“My touch, my feel, that’s what I do,” replied the president.

The rest of the agenda? One day before the summit, North Korean and U.S. officials were still trying to figure that out. “The working-level sessions, including those led by Secretary of State Mike Pompeo, have foundered repeatedly over basic issues of what the summit should be about and an inability to close fundamental gaps in understanding over North Korean denuclearization.”

You keep using that word: Part of the problem is that the sides appear to be nowhere near agreement on the meaning of “denuclearization.” Moreover, Pompeo in recent weeks has begun mixing the term into what had been a well-understood phrase, at least among diplomats and arms-control experts. To wit, he has mashed up “complete, verifiable, irreversible dismantlement,” or CVID, with the Pyongyang-favored “denuclearization of the Korean peninsula.” Jeffrey Lewis explains why clarity matters: CVID and “denuclearization of the Korean Peninsula” are competing concepts for dealing with the nuclear issue…The whole idea of denuclearization is to improve relations so nuclear weapons are no longer necessary. CVID, by contrast, requires that it occur before relations improve.”

V for victory: “Pompeo singled out ‘verification’ as the missing element in previous agreements to curb the North’s nuclear ambitions,” Korea’s Yonhap News agency reports: “We’re going to ensure that we set up a system sufficiently robust that we’re able to verify these outcomes, and it’s only once the ‘V’ happens that we will proceed apace.”

How to measure success. Take 1: Joshua Pollack’s piece doubles as a fine explainer about How We Got Here. Read that, here. Take 2: What would make experts breathe a sigh of relief? 10 answers, ranked in order of apparent difficulty, here.

And also this weekend: Trump upended a meeting of the world’s leading democracies, first by suggesting that Russia be reinvited to join the G-7, then — perhaps triggered by that instantly iconic photo released by the Germans — by sending a batch of angry post-summit tweets. “A bitter end to the G7 summit could have consequences for America’s alliances,” wrote The Atlantic’s Krishnadev Calamur.

Among the fallout: Last month, Trump declared that the aluminum and steel tariffs that have so incensed America’s closest allies were a matter of national security; now the line is that they were imposed in retaliation for Canadian daily tariffs. So: were the U.S. tariffs illegally imposed? And will the lawmakers who denounced them take action?

Here’s How Google Pitched AI Tools to Special Operators Last Month // Patrick Tucker: Even as the company drew back from its work on Project Maven, a sales team was going full steam ahead at a big SOF conference.

Trump Goes to War Against the Democracies // David Frum, The Atlantic: Through the G7 summit, the brittle pretense of unity held together. Then came the tweets.

Congress Says It Doesn’t Need a Tech Advisory Office // Aaron Boyd, Nextgov: Lawmakers voted against reinstating the Office of Technology Assessment, which was defunded in 1995.

What Europe Can Teach America About Russian Disinformation // Jed Willard, The Atlantic: “If we are serious about defending Western values, now is the time.”

The Trump Administration Is Driving Away Immigrant Entrepreneurs // Sonia Paul, The Atlantic: Foreign-born founders start a huge number of America’s most innovative businesses — including ones that support the Pentagon. But new government policies are making it harder for them to stay.

The French President Has Described America Like a Rogue State // , The Atlantic: We have to try to convince the United States to remain in the community of nations.”

US to India: Buy American, Not Russian // Marcus Weisgerber: Officials hope Delhi’s $15 billion in US arms deals over the past decade are just the beginning.

With Ceasefire, Afghan President Offers ‘An Opportunity for the Taliban’ // Krishnadev Calamur, The Atlantic: Ashraf Ghani has ordered his forces to stand down for a week, but are the insurgents interested?

This Is the Week that the Drone Surveillance State Became Real // Dave Gershgorn, Quartz: Not only do local police now have access to drones, but footage from those flying cameras will be automatically analyzed by AI systems not disclosed to the public.

Welcome to this Singapore summit eve edition of The D Brief by Ben Watson and Bradley Peniston. And if you find this useful, consider forwarding it to a friend or colleague. They can subscribe here for free.

In Afghanistan today, an ISIS suicide bomber killed a dozen people and wounded 30 others outside the Department of Rural Rehabilitation and Development in western Kabul, the BBC and al-Jazeera report from the capital.
Also this morning, “at least 10 people were injured in an armed attack on a provincial education department building in the eastern city of Jalalabad,” the BBC adds — noting both ISIS and Taliban fighters have operated in the vicinity of “J-bad,” though fighters from the latter group have taken a short break from fighting this week.
That’s because “the Taliban announced Saturday that they would halt operations against Afghan forces for the three days of the Muslim festival Eid al-Fitr,” The New York Times reported Saturday from Kabul, one day after Russia pressured the Taliban to announce a cease-fire.
And that announcement capped a series of violent attacks from Taliban fighters late last week, when “more than 50, and possibly as many as 70, members of the Afghan security forces and pro-government militias were killed overnight (Friday) in four provinces,” the Times writes. CNN has more on many of those attacks, here.
The Taliban say their three-day ceasefire “is unrelated to the Kabul administration’s,” and is designed only to not stand in the way of Eid celebrations, group spokesman Zabihullah Mujahid told the Times.
A “breakaway” Taliban group has begun their own cease-fire, “reciprocating the government’s eight-day truce,” according to Stars and Stripes More on the group, the Rasuls — which is “mainly active in southern and western Afghanistan” — their history, and their complaints, here.

The British are warning aid workers that the UAE is about to storm the Yemeni port city of Hodeidah, “a move the UN warns could lead to up to 250,000 deaths,” The Wall Street Journal’s Dion Nissenbaum reported Sunday — warning the offensive could begin as soon as tomorrow, while most of the world is paying close attention to what happens in Singapore.
An offensive on Hodeidah has been rumored for more than a year (ref. Reuters and Amnesty International from April 2017, e.g.). But, Nissenbaum writes, “U.S. and Gulf officials on Sunday said the U.A.E.’s position shifted after its forces outside the Yemeni port said they came under attack. That triggered a new push by the U.A.E. to move on the port, even though the U.S. and U.K. have expressed strong reservations.”
How’s this for clarity? “One U.S. official characterized the administration as giving the U.A.E. a ‘blinking yellow light’ for the operation, not a green or red one.”
Said one U.S. official: “This isn’t our preferred scenario. What we are scrambling to do is, if there’s an inevitability to this, we want to ensure that it causes the least amount of damage and make sure things are set up on the humanitarian side in the best way we can.”
Wanna catch up on how Yemen got to where it is? Check out this 35-minute podcast we produced in January that tells the story of how Yemen became a “chaos state,” here. Or you can read our analysis of the same, over here.

White House Chief of Staff John Kelly confirmed his phone was hacked back when he was Secretary of Homeland Security, Buzzfeed News reported this past weekend after some FOIA digging.

China has returned missile systems to Woody Island on the Paracel island chain in the disputed South China Sea, CNN reports this morning.

Chinese hackers “compromised the computers of a Navy contractor, stealing massive amounts of highly sensitive data related to undersea warfare — including secret plans to develop a supersonic anti-ship missile for use on U.S. submarines by 2020,” U.S. officials told the Washington Post on Friday.
The hacks happened in January and February, and “targeted [an unnamed] contractor who works for the Naval Undersea Warfare Center, a military organization headquartered in Newport, R.I., that conducts research and development for submarines and underwater weaponry.”
Stolen: “614 gigabytes of material relating to a closely held project known as Sea Dragon, as well as signals and sensor data, submarine radio room information relating to cryptographic systems, and the Navy submarine development unit’s electronic warfare library.” Much, much more to digest in that story, which you can find in full, here.

By the way: “China is converting old Soviet [Type 54] tanks into autonomous vehicles,” Popular Science’s Jeffrey Lin and P.W. Singer reported on Friday.
Meanwhile, the U.S. Army is buying mini-drones for its soldiers, Stars and Stripes reported late last week. The device: the Black Hornet Personal Reconnaissance System, which “can shoot live video with either a daylight imager or infrared, has a range of a little less than a mile and can fly for 25 minutes at a speed of 13 mph.” A tiny bit more about that effort, here.

USAF, HIV, and pilots: “The Air Force does not allow its pilots to take a popular medication designed to prevent HIV infection. The Navy does. Critics say the Air Force’s policy represents an overly conservative approach that borders on homophobia, since the medication is commonly used by gay, sexually active individuals. Meanwhile, Air Force leaders say they need time to rewrite older policies.” Military.com reports, here.

Finally today: “A Rare Trip in America’s U-2 Spy Plane,” via The Wall Street Journal’s Michael Phillips, who got an “opportunity to fly to the edge of space and explore why America’s oldest working spy plane is still soaring above 70,000 feet.” That 20-minute video begins, here. 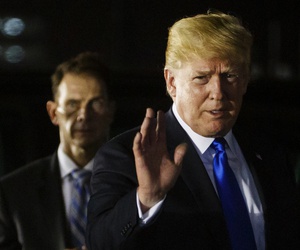 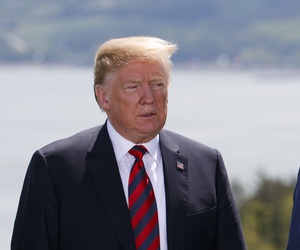 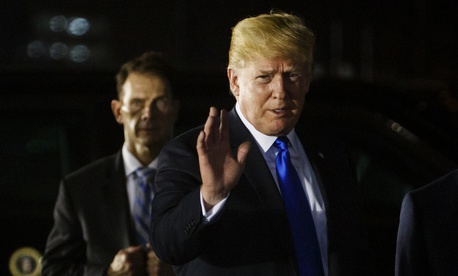 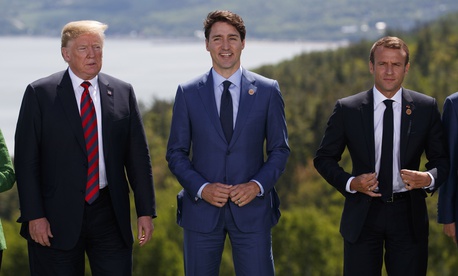