SecState Pompeo is unhappy with North Korea, calling into question Chairman Kim’s “commitment to denuclearize” at the June Trump-Kim summit in Singapore in light of U.S. intelligence reports that North Korea is still manufacturing missiles, according to Reuters this morning.

Said Pompeo: “Chairman Kim made a commitment to denuclearize. The world demanded that they (North Korea) do so in the U.N. Security Council resolutions. To the extent they are behaving in a manner inconsistent with that, they are a) in violation of one or both the U.N. Security Council resolutions and b) we can see we still have a ways to go to achieve the ultimate outcome we’re looking for.”

No such commitment. As plenty of North Korea watchers have been at pains to point out, Pyongyang really hasn’t made any such promise. See, e.g., Ankit Panda, here.

Pompeo’s North Korean counterpart, Foreign Minister Ri Yong Ho, is expected in Singapore on Saturday. But Reuters reports it’s unclear just yet if the two will meet. A bit more from that scene, here. Or via the Associated Press, here.

BTW: The date for the next Trump-Kim summit? “There is not a second meeting that is currently locked in or finalized,” said White House spox Sarah Sanders on Thursday. “(We’re) certainly open to that discussion, but there isn’t a meeting planned.”

Also on Thursday, Sanders said Chairman Kim sent President Trump a personal letter on Wednesday; but Sanders did not elaborate on its contents. More on all that, here.

Cargo Bases in Space: Air Force General Wants Them Within a Decade // Paulina Glass: The service’s mobility chief is already talking with SpaceX and other companies about the possibilities of orbiting supply dumps.

How Russian Hackers Amplified the Seth Rich Conspiracy Until it Reached Donald Trump and the CIA // Patrick Tucker: A new report claims that Russian hackers altered dates in stolen documents to frame the DNC staffer for the theft.

How A Human Resources System Could Revolutionize the Army // Aaron Boyd: Army program managers took a mandate to upgrade the service’s payment systems and turned it into a way to unearth soldiers’ hidden talents.

New free eBook on Defense Technology! This ebook offers a brief, opening look at how the key areas of defense technology will evolve in the years ahead. Registration required. Read more here.

Welcome to this Friday edition of The D Brief  by Ben Watson and Bradley Peniston. And if you find this useful, consider forwarding it to a friend or colleague. They can subscribe here for free. On this day in 1914, Germany declared war on France and began invading neutral Belgium.

The U.S. military believes it killed four members of the al-Shabaab terrorist group in an airstrike in southern Somalia on Thursday. The strike hit the alleged fighters and zero civilians almost 75 miles northwest of the capital, U.S. Africa Command announced in a statement this morning.
Track all the recent U.S. airstrikes in and around Somalia in these interactives from analysts at The Long War Journal.
And read a bit more on the Somalia situation — as well as Yemen, Libya, and Pakistan — in a recent analysis by LWJ’s Bill Roggio and Alexandra Gutowski, here.

Senators: We need to threaten Russia over election security. USA Today’s Erin Kelly: “With less than 100 days until the midterm elections, a bipartisan group of senators offered Thursday a bill that would impose tougher sanctions on Russia if it continues to interfere in U.S. elections. The bill would create new criminal penalties for anyone who targets election systems and slap sanctions on political figures, oligarchs, and others who engage in ‘illicit and corrupt activities’ on behalf of Russian President Vladimir Putin.”
Also: Keep Trump from pulling out of NATO, writes Kelly. The Russia-sanctions legislation “also pushes back against President Donald Trump’s attacks on NATO, requiring a two-thirds vote of the Senate for the U.S. to leave the military alliance.” Read on, here.
Senate Republicans: We don’t need to spend more to protect our elections. Washington Post: “Senate Republicans voted down a bid Wednesday to direct an extra $250 million toward election security in advance of the 2018 midterms, despite heightened warnings from intelligence officials that foreign governments will try to interfere in the contests and evidence that some lawmakers have already been targeted.”
About Mike Pence’s ‘no votes were changed’: On Tuesday, the vice-president gave a speech about cybersecurity in which he accepted the intelligence community’s consensus that Russia attacked the 2016 election, and yet he also said: “no actual votes were changed.” But this beggars belief, as WaPo’s Aaron Blake points out, noting that there were 140 million votes cast in in an election amid widespread Russian influence operations. (Even if Pence was talking merely about voting-machine tampering, he’s asserting something the intelligence community has not.)
So what? Blake: “Our intelligence community evaluates that Russia is still trying to impact American elections. Part of thwarting that effort involves the public bringing pressure to bear on elected officials to take action. If Pence is in one breath saying Russia interfered but also suggesting it didn’t matter one bit, there will be considerably less impetus for action among those who are inclined to believe him.”
Read Pence’s full speech, annotated by Nextgov’s Joseph Marks, here.

What spy gets drunk and brags about being a spy? Moscow’s Maria Butina, according to sources contacted by CNN for this report on Thursday.

Don’t look now, but another suspected Russian spy was found — this time working at a U.S. embassy in Moscow, The Guardian reported Thursday.
The gist: “The woman had been working for the Secret Service for years before she came under suspicion in 2016 during a routine security sweep conducted by two investigators from the US Department of State’s Regional Security Office (RSO). They established she was having regular and unauthorised meetings with members of the FSB, Russia’s principal security agency.”
So what’s the damage? Unclear. However, “The Russian national had been hired by the US Secret Service and is understood to have had access to the agency’s intranet and email systems, which gave her a potential window into highly confidential material including the schedules of the president and vice-president” during more than a decade of work. Read on, here.

Rubles and sense. Russia built a hi-tech tank — the T-14 Armata — but now it can’t afford it, The Drive reported Thursday. The original goal was to have as many as 2,300 Armatas by 2020. Instead Moscow is turning to upgrade plans for its existing T-72, T-80, and T-90 tanks. Worth the click on how all this was clear for many months now, here.

Bloodshed in Yemen continues. At least 20 people were killed in airstrikes on a fish market and a hospital in the contested port city of Hodeida, the BBC reports this morning. Claims the violence resulted from airstrikes came from both medical sources and aid agencies, according to Reuters on Thursday. They put the toll at 26 deaths and 50 people wounded in the attacks.
The Saudis, however, said they did not carry out airstrikes over Hodeida — and instead insisted the Houthi rebels are responsible, despite the Houthis having no aircraft.
Don’t miss: This report from Yemen by award-winning journalist Iona Craig — alleging possible violations of the laws of war in another U.S.-backed Saudi airstrike, this one in Yemen’s northern governorate of Saada on the night of May 14, 2018.
You can hear Craig and many others working inside and watching the war from afar in our 35-minute podcast on the war in Yemen, here.

So how many people have died from fighting inside Yemen? It’s really impossible to know, the Washington Post reminds us this morning. The traditional number — which agencies have been repeating for now two years — sits at 10,000 dead. However, writes the Post, “Data collected by ACLED, a group that studies conflicts, puts the death toll at nearly 50,000 people in the period between January 2016 and late July 2018.” Read on, here.

And finally this week: Craftiness amid constant war. A blacksmith has taken to gathering up shrapnel from the Yemeni streets and reworking the metal into “traditional jambiyya daggers,” according to this Agence France-Presse report.
The man: Mohammed Haradhi.
Location: Hajjah, a bit northwest of the capital in Sana’a.
About the blades: “A short, curved dagger, the jambiyya is worn by Yemeni men in an ornate sheath tucked into an embroidered belt. They are often gifted to boys during a coming of age celebration that brings the whole family together.” See photos of Hardhi’s work, and read a bit more about it, here.

Have a safe weekend, gang. And we’ll see you again on Monday! 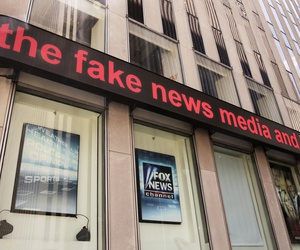 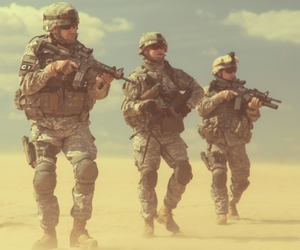 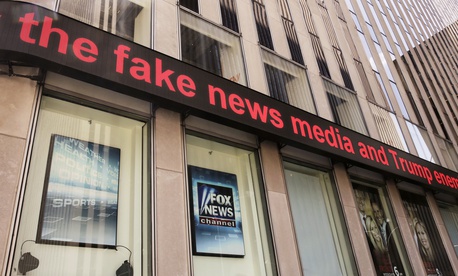 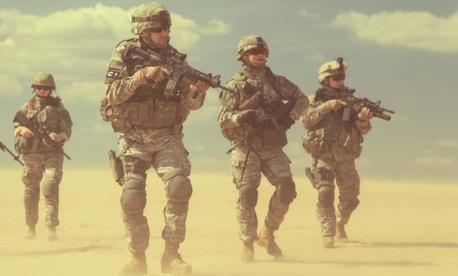