At least 48 people were killed when an explosion rocked the Afghan capital of Kabul this morning. Early indications suggest a suicide bomber detonated in front of “an educational center in a mainly Shi’ite area in the west of the Afghan capital,” Reuters reports from Kabul. Some 67 people were also wounded.

No group has yet claimed responsibility, though ISIS has attacked Shi’a locations in Kabul in the not-so-distant past. The Taliban have reportedly denied any involvement in that attack. However…

Another 44 Afghan soldiers and police have been killed in a Taliban ambush on two checkpoints last night in Baghlan province, according to the BBC and the Associated Press. That happened in Baghlan-I Markazi district.

In retreat: The Taliban has finally pulled out of Ghazni City, the BBC report this morning in the bottom of a longer piece about a different subject (more on that below). The AP has a bit more about how Afghan officials are portraying life as gradually returning back to normal in Ghazni — the Taliban only just left — about mid-report, here.

Extra reading: What did the U.S. forces do to help push the Taliban back from Ghazni City? Military Times has a bit of a summary of all that, here.

The Taliban say they will no longer give Red Cross workers safe passage in Afghanistan, the group announced on Monday. Reason given: “The Taliban said that many of its prisoners held in Pul-e-Charkhi jail in the capital Kabul were in a terrible state of health and that the ICRC would be responsible for whatever happened to them.” the BBC reports. “Hundreds of fighters have been on hunger strike to demand better prison conditions.”

ICYMI: The Taliban and al-Qaeda are still good pals, or rather, their “alliance… remains firm,” according to a July report from the UN. The Long War Journal has a bit more context on that, here.

Newsflash: American “Journalist Austin Tice has been held in Syria for six years,” Austin’s parents remind us all in a new three-minute video posted to Vimeo on Monday. “For most of us, time and events have been quickly flying by. Meanwhile, Austin’s world has been standing still. Too much time has passed. Now is the time to #FreeAustinTice,” whose 37th birthday was this past Saturday.

Reminder: “Mr. Tice was attending Georgetown Law School in 2012 when he decided to go to Syria as a freelance journalist to report on the war through its impact on ordinary Syrians, filing articles for McClatchy, The Washington Post and other news organizations,” wrote The New York Times’ Rick Gladstone on Tuesday. Tice was then “detained at a checkpoint on Aug. 14, 2012, near Damascus, days before he planned to depart the country.”

Where he’s believed to be now: “possibly in the custody of a group aligned with the government of President Bashar al-Assad,” Gladstone writes. Read on for the few known-knowns and how Austin’s parents are keeping faith, here.

Fast facts on Syria, via the International Committee for the Red Cross:

Tomorrow’s Intelligent Malware Will Attack When It Sees Your Face // Patrick Tucker: IBM researchers have injected viruses with neural nets, making them stealthier and precisely targetable.

Lockheed Will Design Both of the US Air Force’s Hypersonic Missiles // Marcus Weisgerber: The latest contract could give the company lasting advantage over its competitors for some of the Pentagon’s top-priority weapons.

An 11-Year-Old Hacked a Mock Florida Election Site in 10 Minutes // Simone Stolzoff, Quartz: The hacking event was part of a hands-on workshop within the larger cybersecurity conference.

The NGA Plans to Lock Employees In a Room Until They Learn Cyber Hygiene // Aaron Boyd, Nextgov: The National Geospatial-Intelligence Agency will be locking employees in escape rooms to test their knowledge of cybersecurity.

Welcome to this Wednesday edition of The D Brief  by Ben Watson and Bradley Peniston. And if you find this useful, consider forwarding it to a friend or colleague. On this day in 2001, the Pentagon approved Lockheed Martin’s production of F-22 Raptors.

Mounting pressure on the Saudi-led coalition in Yemen. The Red Cross confirmed 40 children were on the Yemeni bus Saudi jets attacked last Thursday. 51 people were killed in the strike, which occurred in northern Sada’a province, and another 79 people were wounded — including 56 children.
Writes France24, “The child deaths have been an embarrassment for Western governments which supply the coalition with warplanes and other weapons and have sought to prevent the conduct of the war being scrutinised too closely. The coalition has promised an internal inquiry but analysts and aid groups have voiced doubt it is ready to provide the transparency and accountability demanded by the wider international community.” A bit more, here.

London parliament attack update: UK authorities have arrested a British man of Sudanese origin who is believed to be behind the car attack on pedestrians and cyclists Tuesday morning, Reuters reports today from London. He’s 29 years old, was arrested at the scene, and a day later, is still reportedly not cooperating with authorities.
Said London’s police chief: “The terrorists want us to completely change our way of life. We’re not going to just change our lifestyle but it is important that we take reasonable measures, as I think we have been doing over the last several months to try to make sure that the most iconic sites, including those in central London, are well protected.” A bit more, here.

Who’s interested in a short bit of history? The BBC has the story of “How Crete changed the course of World War II,” right here.

Trump disputes 50 provisions in the NDAA, including “sections that require formal justification for any administration activities that recognize Russian sovereignty over Crimea, as well as consultation with Seoul and Tokyo before any move to shrink the U.S. troop footprint in South Korea,” reports the Washington Post. “Known as ‘signing statements,’ such declarations are an example of the traditional tug of war between the executive and legislative branches over control of the government.” Read the whole statement.
Context: “Trump disputed dozens of clauses in the bill, whereas Obama generally disputed fewer, at times only a handful. [George W.] Bush was more expansive in his signing statements, at times hitting out at a raft of congressional measures in the annual defense bill, akin to Trump’s approach Monday.” And read on, here.

Last-minute Summer reading (before the season is officially behind us): “The 2020 Commission Report on the North Korean Nuclear Attacks Against the United States,” a new and novel fiction from “arms control wonk” Jeffrey Lewis of the James Martin Center for Nonproliferation Studies in Monterey, Calif.
We’ve just begun reading, so if you’ve finished it already — some are faster than others — and you’ve got parts you’d like to share, email us and let us know.

And finally: Blue Angels, going “Super.” After a quarter-century of flying the A and B variants of the F/A-18 Hornet, the Navy’s flight demonstration team will upgrade to the E and F versions. On Monday, Boeing received a $17 million contract to modify nine Es and two Fs for airshow duty by 2021.
Pricey nose job: That’s on top of a $16 million effort to figure out how to wedge the Angels’ smoke machines into the jets’ noses, USNI News reports. 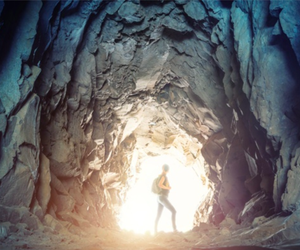 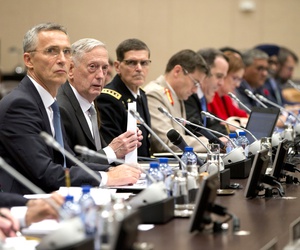 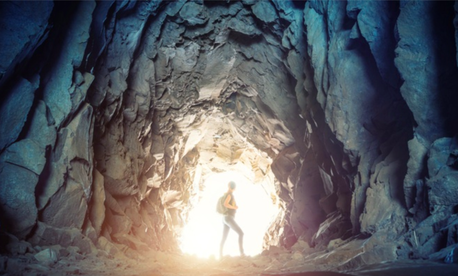 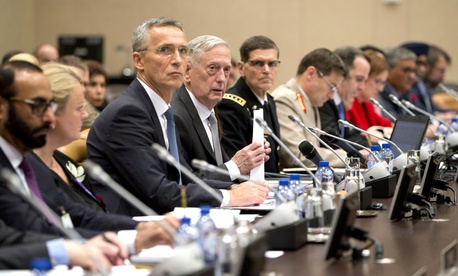