The U.S. military in Syria held an air-and-ground force exercise on Friday, and immediately told the world about it. Here’s the announcement from U.S. Central Command.

The point of it all: To “demonstrate the capability to deploy rapidly, assault a target with integrated air and ground forces, and conduct a rapid exfiltration anywhere in the [Operation Inherent Resolve] combined joint operations area,” said CENTCOM spox Navy Capt. Bill Urban. “Exercises like this bolster our defeat-ISIS capabilities and ensure we are ready to respond to any threat to our forces.”

And by “any threat” — well, read that as you like. Russian mercenaries aligned with Syrian regime forces have already tried to assault U.S. troops in Syria.

One way to read it: Tumult in the White House is impacting the war in Syria, Quartz’s Heather Timmons wrote Friday — noting the exercise happened only “after the Russian military threatened the US base there twice in the past week.”

The very recent history there: “On Sept. 1, Russia said it planned to invade the 55 km “deconfliction zone” around the US base at al-Tanf, and on Sept. 6 said that they planned to fire missiles at it, the Pentagon says. The ostensible motivation for the threats: the US, according to Russian social media, was harboring terrorists.”

Why now with this threat? Timmons says “adventurism. It’s trying out a totally risky strategy, on the off chance it just might work. She explains the rest of why now — it’s pretty consistent with Russia’s public goals for Syria’s future — and how it falls in line with openings the White House has created across the world in her take, here.

Another thing: Should the Assad regime use chemical weapons again, Germany is considering sending troops to Syria to join U.S., British and French forces, Reuters reports this morning from Berlin.

The story comes from this Sunday report from the German daily, Bild. (In German) Business Insider rewrote most of it in English, here.

Worth noting: Germany’s own internal politics— with an eye on Berlin’s use of military force abroad in the 20th century — could get in the way of these proposals for Syria. More from Reuters, here.

The Weaponization of Everything // Nathan Freier and Jonathan Dagle: So far, the U.S. has mustered no response to China’s and Russia’s widening assault on America’s global stature.

What South Korea Wants from the US Right Now // Scott A. Snyder: As Seoul prepares for the third Moon-Kim summit, it is trying to get Washington on the same page.

Russia Can Stop a Slaughter in Idlib // Sam Heller, The Atlantic: The Syrian province doesn’t have to be the site of another catastrophe. But its fate hangs on the decisions of outside powers.

Deploy the Next-Gen Missile-Defense Network in Pieces // Seth Cropsey: Instead of waiting for full deployment, the Pentagon should roll out parts of its new command-and-control systems as they become ready.

What Next for US-India Military Ties? // Alyssa Ayres, Council on Foreign Relations: A new agreement between top U.S. and Indian officials will deepen military cooperation and bolster strategic ties between the two countries.

Welcome to this Monday edition of The D Brief  by Ben Watson and Bradley Peniston. And if you find this useful, consider forwarding it to a friend or colleague. On this day in 1939, Canada declared war on Germany.

No nukes in North Korea’s Sunday parade. In recent years, ICBMs have featured prominently whenever North Korea stages a giant parade. But they were missing from Sunday’s celebration of the 70th anniversary of the North Korean state. So what does that mean?
Trump: “This is a big and very positive statement from North Korea,” he tweeted.
The missiles’ absence was meant as a signal. Having established a nuclear deterrent, Kim Jong-Un is turning his attention to his country’s all-but-stagnant economy — and that means turning a less-threatening face to the countries that have levied sanctions on North Korea.

“They’re not disarming,” writes Vipin Narang. He pointed to Saturday’s speech by the president of North Korea’s Presidium: “We now have in possession the ‘great sword’ that our leader KJU has gifted us. It’ll forever ensure peace & do away with hardships like the Arduous March.”
As for the parade, he says, “they kept the nuclear systems out because they don’t need to flaunt them anymore. They want to be like India. They are not going to give them up, but they won’t rub it in your face.”
Or like Israel, says Jeffrey Lewis: “North Korea wants a version of the Israel deal — they don’t test nuclear weapons or show them off at parades; we pretend they don’t exist.”
North Korea’s arsenal is reportedly still growing. “Since the beginning of 2018, Kim has surrendered and dismantled no nuclear weapons, but has likely built five to nine new nuclear weapons,” RAND’s Bruce W. Bennett tells NBC News. “So he has not frozen his nuclear program and he has certainly not been denuclearizing; instead, he has been nuclearizing.”
And: NBC News reports: “Intelligence shows that North Korea is working to obscure at least one nuclear warhead storage facility, according to three senior U.S. officials, despite the country’s rhetoric about denuclearization.”

The CIA is flying drone missions from its new base in northeastern Niger, The New York Times reported from Niger this weekend. Ostensibly the purpose is to fight extremists in Libya and the surrounding regions. But the open-season comes now almost a year since four American troops were killed in an ambush last October, a tragedy which brought new attention to the U.S. military’s rising involvement in counterterrorism on the continent.
The skinny read: “Nigerien and American officials said the C.I.A. had been flying drones on surveillance missions for several months from a corner of a small commercial airport in Dirkou. Satellite imagery shows that the airport has grown significantly since February to include a new taxiway, walls and security posts. One American official said the drones had not yet been used in lethal missions, but would almost certainly be in the near future, given the growing threat in southern Libya.” Continue reading, here.

Think what’s happened in Afghanistan isn’t being reflected in what U.S. officials say about the conflict? You’re not alone. The New York Times’ Rod Nordland and Fahim Abed assembled this side-by-side comparison of “How the U.S. Government Misleads the Public on Afghanistan.”
One example: The U.S. says Afghanistan has 314,000 troops and police in its security forces — fighting a Taliban force somewhere between 20,000 to 60,000 fighters. Afghan officials, on the other hand, say there are 207,000 in their security forces, and they’re fighting a Taliban of about 77,000 fighters.
Said former Marine C.J. Chivers, also of the Times: Nordland and Abed’s “rebuttal of USG statements on AFG should be taught at @DINFOS @StateDept @USAID @CJTFOIR @ResoluteSupport @CENTCOM & the like. [T]oo many spokespeople craft statements to serve egos and needs of their bosses, not the public.” Dive in for yourself, here.

Guam is about to get hit by a typhoon for the first time in 16 years. And that means the U.S. troops there are bracing for it as well. Stars and Stripes reports today from Okinawa: “Typhoon Mangkhut was expected to pass about 40 miles north of Andersen Air Force Base and 59 miles north of Hagatna at about 8 p.m., according to the National Weather Service on Guam.”
For the record, “U.S. military officials on the island said they had a week to prepare for the typhoon and were ready to not only ride it out, but to assist civilian authorities should any requests come in for disaster relief.” Details on how they’ve prepared for all that and a bit more over here.

This could be Russia’s Suez Canal. A ship called the Venta Maersk is making “a modern-day voyage of discovery that could hearken a transformation for global shipping and the Arctic environment,” the Washington Post reported Saturday.
Where it’s going: “the world’s first container ship to attempt the Northern Sea Route, the fabled Northeast Passage that runs from the edge of Alaska to the top of Scandinavia along Russia’s desolate Siberian coastline.”
And why: “[B]ecause of the rapid and, to many, deeply unsettling retreat of Arctic sea ice due to profound climate change, a trend that is amplified at the North and South poles… Decades ago, the polar cap was a Cold War chessboard for dueling navies and submarine war games. The next fight will be more mercantile.” Worth the click, here.

This week in national security podcasts: A new one (to us) about Canadian national security called “Intrepid.”
The focus this episode: spies — specifically former Canadian naval intelligence officer, Jeffrey Delisle, a man responsible for the country’s “biggest spy scandal in more than half a century.” Grab your headphones and nerd out to “Loose Lips That Could Have Sunk Ships,” here. 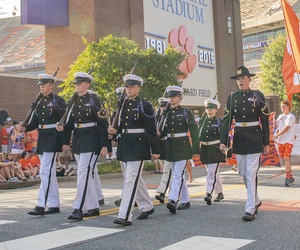 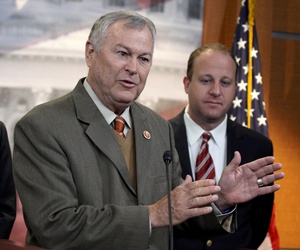 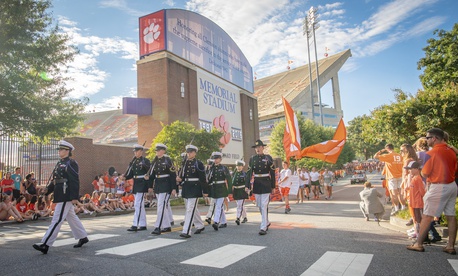 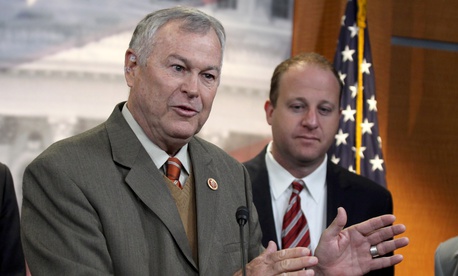