Here’s why the U.S. is still backing the Saudi/UAE war in Yemen: In part, it appears, because SecState Mike Pompeo rejected proposals to end support “after being warned that a cutoff could jeopardize $2 billion in weapons sales to America’s Gulf allies,” the typically-paywalled Wall Street Journal reports, citing “a classified memo and people familiar with the decision.”

Bipartisan Congressional disapproval has been growing in the wake of an August Saudi airstrike on a school bus, although Senate Republicans subsequently turned back an amendment that would have ended support for the war. Lawmakers have instead passed the buck to the U.S. State Department in the form of a law that greenlights the support if Pompeo certifies that Saudi Arabia and the UAE are working to reduce the risks of their war to civilians. Pompeo did so earlier this month, reportedly over the objections of his staff and in the wake of warnings about arms exports. Read on, here.

Other arms exporters: Two weeks ago, Spain backed out of a 2015 deal to sell 400 bombs to Saudi Arabia. Meanwhile, Germany is pressing ahead with a Saudi sale of four radars that can spot incoming ordnance and guide counter-strikes.

Watch: “Yemen: Skies of Terror,” a 5-minute Al Jazeera documentary shot in immersive 360-degree video. It follows three children through bombed-out Yemeni streets as they tell their stories of loss and scan the sky for the next airstrike. Watch it via the YouTube app on your mobile phone, and you can look around by moving your phone. But its effect is magnified if you can watch it on an Oculus Rift VR headset, as one of your D Brief-ers recently had the opportunity to do.

Did somebody say Iran? The U.S. wants to sign a treaty with Iran over its nuclear program and ballistic missiles, Reuters reported ahead of UN meetings next week in New York. Pitching this idea: the White House’s Iran envoy Brian Hook. He brought it up during an event Wednesday at the Hudson Institute think tank in Washington.

One possible big problem: “Hook acknowledged Iranian leaders have not been interested in talks despite statements by Trump this year that the administration was willing to meet.” Read on, here.

Pentagon Races to Empty Its Coffers by Month’s End // Frank Konkel: It’s use-it-or-lose it season for the federal government.

Moon Brings Korean Peninsula One Step Closer to Peace // Uri Friedman: As talks with Washington seemed to stall, Seoul created its own path with Pyongyang.

Pentagon Declares War on Scooters // Kevin Baron: After seven rental scooters were abandoned at the Pentagon following this year’s September 11 remembrances, police say they will begin impounding the unauthorized rides. Bikes, too.

Pentagon Appears to Concede USAF Point in Space Force Tug-of-War // Marcus Weisgerber: Days after the Air Force secretary fired off a memo, the deputy defense secretary appeared to back off a plan for a new acquisition agency.

Why Russia Is Trying to Stop Macedonia From Changing its Name // Yasmeen Serhan: As Macedonians go to the polls, the results will help determine whether their country becomes the newest member of the EU and NATO.

Welcome to this Thursday edition of The D Brief  by Ben Watson and Bradley Peniston. And if you find this useful, consider forwarding it to a friend or colleague. On this day in 1951, more than 200 U.S. Marines landed at Hill 884 during Operation Summit of the Korean War, completing the first helicopter-borne landing of troops in combat.

Another private message for one President Donald J. Trump. South Korean President Moon Jae-in is back from this three-day visit with his North Korean counterpart, and the Associated Press reports Moon is carrying another personal message for the duo’s American counterpart in the White House.
So what’s the note about? Could it be the “corresponding steps” the U.S. is supposed to take before North Korea proceeds with denuclearizing — as referenced in Wednesday’s reports from Pyongyang? Perhaps, we just don’t know. All RoK officials told AP is that it concerns “the nuclear standoff” between Trump and Kim, and that Moon will pass the note “when he meets the U.S. president in New York next week on the sidelines of the U.N. General Assembly session.”
What else happened during Moon and Kim’s third face-to-face? A photo op, of course. The two hiked “to the peak of Mount Paektu, which is considered sacred in the North… Their trip to the mountain on the North Korean-Chinese border, and the striking photo-op that will resonate in both Koreas, followed the announcement of wide-ranging agreements on Wednesday that they trumpeted as a major step toward peace.”
Up on the mountain, the two visited a lake “where Moon and his wife filled bottles with its water and a South Korean pop singer delivered for the leaders a rendition of a beloved Korean folk song, ‘Arirang,’ which is used in both Koreas as an unofficial anthem for peace.” Continue reading, here.
Kim also really wants to meet POTUS45 again “in order to move the denuclearization process along quickly,” Reuters reports Moon said today.

Israel’s air force chief has some ’splainin’ to do, so he’s off to Moscow today to talk with Russian President Vladimir Putin — whose military’s cargo jet was shot down this week by (Russian-made) Syrian air defenses after an Israeli airstrike inside Syria. AP has a bit more from Moscow, here.

Some 7,000 Syrians have returned to their homes in Idlib province, AFP reported Wednesday on word from the Syrian Observatory for Human Rights. So the UN is cautiously backing the recently-brokered Turkish-Russian agreement that’s convinced the 7,000 to return. A bit more, here.

The growing skillset of American killer drones. Everybody knows that the U.S. military’s unmanned aerial vehicles can attack targets on the ground. Today there’s a bit more confidence they can attack targets in the air after news this week that an MQ-9 Reaper shot down “another small, aerial vehicle in a controlled simulation” that took place last November — but that we’re only hearing about now, Military.com reported Wednesday. Details and a few notes on “preparing for the next big aerial war against near-peer threats such as Russia or China,” here.

Paging Dr. Robot to the OR. China has a doctor shortage, so it’s calling up its artificial intelligence developers to fill the gap, Agence France-Presse reports from an AI conference this week in Shanghai. So far, the tech in use has done more of the triage work for health care facilities — blood pressure, e.g. — than surgical assistance.
Underscoring all of this: “China has less than 12 million health workers, prompting a drive for AI technology in the country of almost 1.4 billion people.” More here.

And one more story from the intersection of tech and public health, almost three-dozen airline passengers were left bleeding from their ears and noses after their Indian flight crew forgot to turn on the device that regulates cabin air pressure, AFP reports from Mumbai.

One last thing: If you happen to be in New York City this evening and are looking for something to do, you could drop by the Peter Norton Symphony Space on Broadway to hear some national security professionals — Kori Schake, Derek Chollet, John Mearsheimer, Stephen Cohen and Reuel Marc Gerecht — debate the topic just before 7 p.m. EDT. Details, RSVP and more, here. 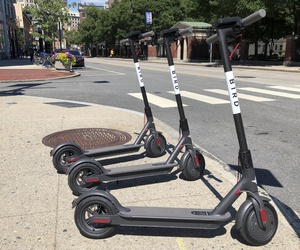 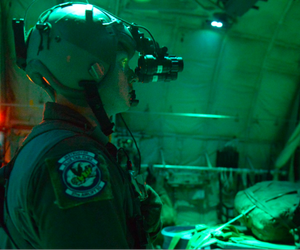 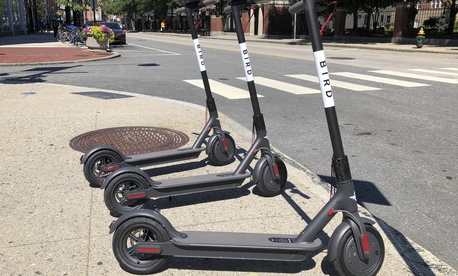 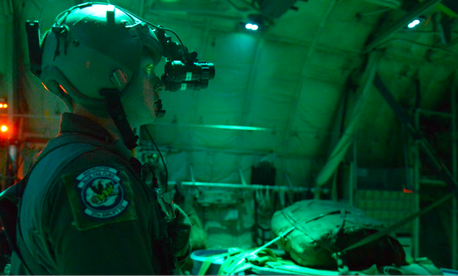