Iran is recovering from the deadliest terror attack on its soil in nearly a decade. It happened Saturday in Ahvaz, the provincial capital of Khuzestan, AP reports from funeral services inside the city today.
At least 25 were killed and 60 wounded when militants (believed by Iranian officials to have been Arab separatists) disguised as soldiers opened fire at marching troops and folks who had gathered to attend a parade. Four militants were killed after the initial shooting and pursuit by Iranian authorities Saturday in Ahvaz; others linked to those four are reportedly being pursued, Intelligence Minister Mahmoud Alavai said this morning.
Iran’s leader, Ayatollah Ali Khamenei, alleges a Saudi-UAE connection, Reuters reports this morning.
According to the Iranian Revolutionary Guard’s acting commander Gen. Hossein Salami, vengeance will be taken against whoever supported the attack’s perpetrators, which he said involved the “triangle” of Saudi Arabia, Israel and the United States.
Mucking up matters: the Islamic State group also claimed responsibility for the attack.
Heard being chanted this morning in Ahvaz: “Death to U.S.” and “Death to Israel,” which AP writes are both “staple[s] at Iranian political rallies.” More from Reuters, here.

For your ears only: Our newest episode of Defense One Radio looks into:

Subscribe either on Google Play, iTunes, or Overcast, or wherever you listen to podcasts.

The Must-Haves of the Next Strategic Nuclear Bomber // Patrick Tucker: Air Force officials opened up — just a bit — about at the thinking that’s informing the design process.

America Needs a Non-Unipolar Foreign Policy // Peter Beinart, Government Executive: Trump’s election should remind Congress and policymakers that the U.S. cannot do it all.

Defense One Radio, Ep. 21 // Defense One Staff: How to kill a drone; Toward a smarter, cheaper US presence in the Middle East and more.

Welcome to this Monday edition of The D Brief by Ben Watson and Bradley Peniston. And if you find this useful, consider forwarding it to a friend or colleague. On this day in 1960, the first nuclear-powered aircraft carrier — USS Enterprise (CVN-65) — launched at Newport News, Va.

For the first time since 2005, the U.S. Army failed to meet its recruiting goals, Army officials said on Friday.
The topline read on this story: “The Army hoped to bring in about 76,500 new soldiers this year. But with the fiscal year ending this month, it is still 6,500 troops short, even after spending an extra $200 million on bonuses and lowering standards to let in more troops with conduct or health issues,” The New York Times reported after the announcement.
What’s going on? It’s that “hot job market that has lured away many recruits,” according to the Times.
If you want to hear that in mathematical format, an Army official put it (ABC News) this way: “Only 1 in 4 [of the] 17- to 24-year-olds in the nation are actually qualified to enlist, and of those, only 1 in 8 have a propensity to enlist.”
Flashback to 12 months ago: And this big concern for the 4-star in charge of Army recruiting was what he viewed as a lack of “informed decision-making” by America’s youth. Review Maj. Gen. Jeffrey Snow’s perspective from October 2017 in our interview with the man on the sidelines of the Association of the U.S. Army conference in Washington.
The big picture in 2018: This is nothing to panic over… for the most part. However, the Times still calls it “a sign of growing cultural and economic changes that, if not addressed, could hollow out the Army from within.” More here.
Adds the Washington Post’s Alex Horton: Despite this recruiting shortfall for 2018, “last month [the U.S. Army] wanted lawyers to scour completed screenings of immigrant recruits to find hints of criminal activity, even after they were cleared by other agencies.” Read that report from Horton, here.

Trump’s New York agenda for the week: The president says a second summit with North Korea’s Kim Jong-un could happen “quite soon,” the Associated Press reports from New York.
Happening today: He’s already joined a counter-narcotics event this morning. “Trump is set to meet with South Korea’s Moon Jae-in later Monday to discuss North Korea and trade details. Moon is expected to convey to Trump a personal message from Kim delivered at their inter-Korean talks last week.”
On Tuesday: UN address. Trump will reiterate his “America First” philosophy when he addresses the General Assembly, National Security Adviser John Bolton told Fox yesterday.
Reminder, per AP: “Scores of world leaders, even those representing America’s closest friends, remain wary of Trump. In the 12 months since his last visit to the U.N., the Republican president has jolted the global status quo by pulling out of the Iran nuclear deal, starting trade conflicts with China and the West and embracing Russia’s Vladimir Putin even as the investigation into the U.S. president’s ties to Moscow moves closer to the Oval Office.”
Trump will also call Iran a threat, Bolton said. In his own Sunday-show appearance, Secretary of State Mike Pompeo appeared to hold out the possibility of talks with Tehran. “If there is constructive dialogue to be had, let’s get after it,” he told NBC. But “it doesn’t seem likely.”
Iran’s take arrived Sunday morning in the form of a Washington Post oped by President Hassan Rouhani. “Trump’s offer of direct talks with Iran is not honest or genuine…how can we trust the U.S. government now that it has officially reneged on its international commitments?”
New CRS report on Iran’s nuclear efforts. Among other things, the Sept. 19 report concludes that Tehran “has continued to comply” with its 2015 nuclear deal with the West.
Then on Wednesday: Trump will chair a meeting of the UN Security Council, among its members, of course, is China. That conversation might be a bit strained, thanks to the tariffs on $200 billion worth of Chinese goods that went into effect 10 hours ago. Quartz: “Beijing quickly retaliated by slapping tariffs of 5-10% on $60 billion worth of US products. Analysts predict the trade war will escalate further, with no new talks planned.”

Mike Flynn’s plea and K.T. MacFarland’s changing story. The “former top White House official has revised her statement to investigators about a key event in the probe of Russian interference in the 2016 election, after her initial claim was contradicted by the guilty plea of former national security adviser Michael Flynn,” unnamed people “familiar with the matter” told the Washington Post this weekend.
The change: Flynn “may have been referring to sanctions when they spoke in late December 2016 after Flynn’s calls with Russia’s ambassador to the United States,” according to the Post.
Where things appear to stand: “Eventually, McFarland and her lawyer, Robert Giuffra, convinced the FBI that she had not intentionally misled the bureau but had rather spoken from memory, without the benefit of any documents that could have helped her remember.” Read on, comrades, here.

And finally today: RIP Cold War defector and “master of disinformation,” Lawrence (Ladislav) Bittman. He died Tuesday at his home in Rockport, Mass, at the age of 86, NYTs reports. The man had an incredible life story, which ultimately involved founding Boston University’s Program for the Study of Disinformation in 1986.

One last thing: Fast-forward to 2018, and it would appear that Russia’s intelligence wizards have given (at least some of) their GRU spies “consecutive passport numbers, so that if you acquire the database of Russian passport details you can basically identify GRU agents, which Russian news outlets are now doing,” Shaun Walker of The Guardian pointed out after noticing the Russian news outlet story, linked here. 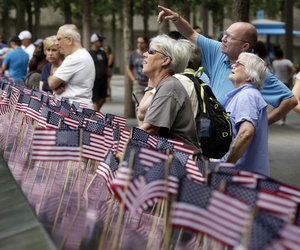 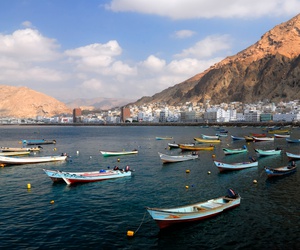 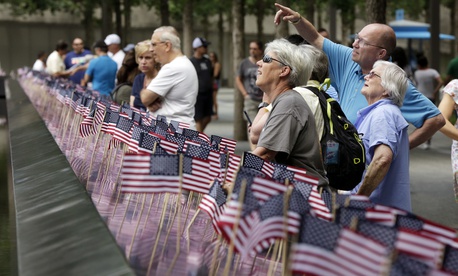 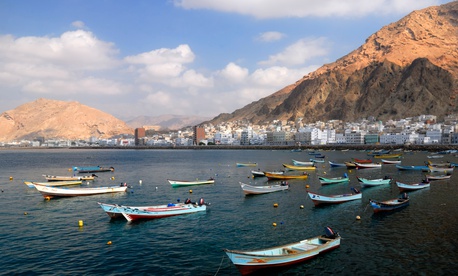