Today is Day 13 of the U.S. government shutdown. Today is also Day One for the 116th United States Congress. Overnight in space, China became the first nation to land on the far side of the moon. And on TV Wednesday — seated beside the new Pentagon chief, Patrick Shanahan — President Trump commanded cable news uninterrupted for 30-plus minutes during a rambling pool spray at the White House.

The setting: a cabinet meeting (see AP’s photo here) that The New York Times called “Freewheeling and Fact-Free,” and the Washington Post reports permitted the president to largely “boast, deflect and distract.”

Among the easier distractions to flag: Trump said he “essentially” fired James Mattis from the Defense Secretary job — a job Mattis resigned from after the Syria decision from Trump in mid-December. “What’s he done for me?” Trump asked reporters about Mattis. “How has he done in Afghanistan? Not too good. President Obama fired him, and essentially so did I.”

Joked British comedian John Cleese: “Here he is using the word ‘essentially’ in the same way as we do when we say, for example, ‘The Capital of Italy is essentially Paris.’”

And on Syria — and Trump’s desired exit from there soon as possible — Trump said bluntly, “We want to protect the Kurds, but I don’t want to be in Syria forever. It’s sand. And it’s death.”

The important thing from that: The U.S. will exit Syria “over a period of time,” but Trump declined to be specific. The last word from Tuesday reporting from the Times suggested the window to depart Syria extended to April.

Mused Trump: “I think I would have been a good general, but who knows?”

Another easy one to flag: Trump’s revisionist recollection of the Soviet invasion of Afghanistan in 1979. Those remarks:

Watch Trump say those words in a full video clip, via WaPo, here. Read WaPo’s Aaron Blake break down the italicized lines above in an instructive piece for The Fix, here.

For the record, advised Micah Zenko on Twitter Wednesday: To “People interested in why the Soviets really invaded Afghanistan, and why the US responded as it did, read State Dept history released just two weeks ago,” here.

Going further, Trump said, “For these reports criticizing every single thing — and even in some cases saying good, perhaps — but for these reports, to give it out, forget about the public, given out to the enemy is insane. And I don’t want that to happen anymore, Mr. Secretary, you understand that.” Continue reading at The Hill, here.

So what happens now? Unclear, exactly — but we did learn that Shanahan “will not be involved with any Pentagon matters dealing with Boeing, where the former deputy Defense secretary worked for 31 years,” The Hill reported separately on Wednesday.

One clue from Shanahan himself about what lies ahead: The Associated Press flagged a line from Shanahan’s first morning meeting at the Pentagon Wednesday. The new SecDef’s emphasis to Pentagon leaders: “China, China, China.” More on that, here.

GOP Lawmakers: Shutdown Could Last for Weeks // Eric Katz, Government Executive: Trump summoned House and Senate leaders to the White House but failed to persuade them to fund the border wall.

Welcome to Thursday’s edition of The D Brief by Bradley Peniston and Ben Watson. Thanks for reading! And if you find this stuff useful, consider sharing it with somebody you think might find it useful, too.

An unprecedented number of women are now in top defense and industry positions. Writes Politico’s Dave Brown: “As of Jan. 1, the CEOs of four of the nation’s five biggest defense contractors — Northrop Grumman, Lockheed Martin, General Dynamics and the defense arm of Boeing — are now women. And across the negotiating table, the Pentagon’s top weapons buyer and the chief overseer of the nation’s nuclear stockpile now join other women in some of the most influential national security posts, such as the nation’s top arms control negotiator and the secretary of the Air Force.” Read that, here.
Also: The new Congress being sworn in today will have an unprecedented 125-plus women — even as the number of female GOP lawmakers dips from 29 to 20.

Lastly today: Could “liberal cities” hold a solution to the Army’s recruiting problems? Perhaps, according to officials who spoke to The New York Times. “After falling 6,500 soldiers short of its goal nationwide for the fiscal year that ended Sept. 30,” reports the Times, “Rather than focus on more conservative regions of the country that traditionally fill the ranks, the Army plans a big push in 22 left-leaning cities, like Chicago, San Francisco and Seattle, where relatively few recruits have signed up.”
Here’s the list of cities. (Portland, Oregon? Too liberal, apparently.)
One of the pitches: “You want to do a gap year? Come do your gap year in the Army.” Which is kinda not true — the Times notes, since “Enlistees commit to serve for two to six years.” Read on, here.
Meanwhile, the Marines are looking for one good historian. Here’s an interesting military job opening: Chief Historian of Marine Corps, History Division, at Quantico, Va. Check it out, here.
And the British Army is targeting millennials — and their so-called flaws. You’ll want to check out the new recruiting posters, via Lucy Fisher of The (London) Times. Example text: “Phone Zombies: The Army Needs You and Your Focus.” 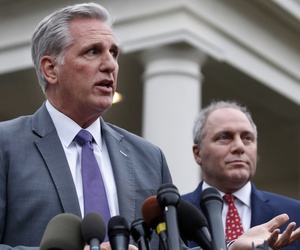 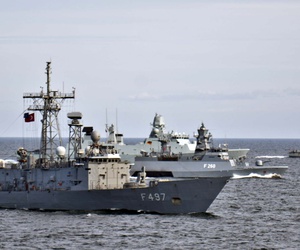 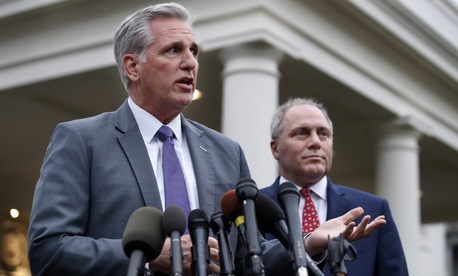 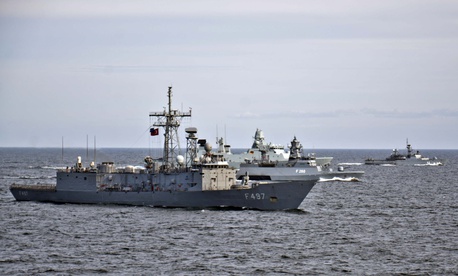