Trump confirms U.S.-DPRK summit. President Trump used his third State of the Union speech to confirm a 2nd meeting with North Korea’s Kim Jong-un, to be held Feb. 27-28 in Vietnam. (More about this a bit later). But beyond that, the 82-minute speech — the second-longest SOTU ever — didn’t bring much new to the national-security debate. Here’s a transcript.

After INF: Trump suggested that his administration might seek a new international agreement to replace the Intermediate Forces Treaty that it is in the process of withdrawing from — and promised an arms race if that doesn’t happen: “Perhaps we can negotiate a different agreement, adding China and others, or perhaps we can’t — in which case, we will outspend and out-innovate all others by far.”

Russia, certainly, is moving full speed ahead. One day after Moscow matched the U.S. suspension of its obligations under INF, “Russia’s defense minister ordered work to begin on new land-based intermediate range missiles Tuesday, to be ready within two years,” NPR reports. Vladimir Putin, speaking as if Russia weren’t already violating the treaty: “If our American partners suspend their participation in the INF treaty, so will we. And if they start working on new weapons, so will we.” Read on, here.

BTW: What do the people want? Two-thirds of Americans polled “oppose abandoning the [INF] treaty, and instead favor pursuing diplomacy to resolve the dispute over compliance by the Russians, according to [this] survey, conducted by the Program for Public Consultation at the University of Maryland in conjunction with the University’s Center for International and Security Studies.”

On Iran: Trump mentioned Iran only in passing, calling it “the world’s leading state sponsor of terror” and trumpeting his decision to pull out of a nuclear deal that his intelligence chiefs say is still holding. But senior military and administration officials are still trying to contain the damage from Trump’s Sunday statement that he would keep troops in Iraq to “watch Iran.”  D1’s Katie Bo Williams explains why that has inflamed tempers in Baghdad and increased the chances that the Iraqi government might eventually tell the United States to get out.

On Syria: Trump repeated his view that U.S. forces in Syria should come home — just hours after Gen. Joseph Votel, who leads U.S. Central Command, told lawmakers that the commander in chief hadn’t consulted him before his surprise December order to withdraw. Read, here.

Inaccuracies and exaggerations. “As expected, Trump defended his efforts to remove U.S. forces from the Middle East,” reports Williams. “‘Great nations do not fight endless wars,” he said, saying that the United States has spent more than $7 trillion in the Middle East, fighting ‘for almost 19 years.’” That’s about twice the actual total so far, as calculated in a Brown University study. Also, U.S. forces invaded Afghanistan in October 2001 — or 17-and-one-third years ago. More, here.

One drastic undercount: Trump: “More than 52,000 Americans have been badly wounded” in the wars. But the number is actually far higher, CNAS’ Paul Scharre points out: “Hundreds of thousands with traumatic brain injury not counted in those numbers.” Adds RAND’s Phil Carter: “If you go by VA disability numbers, which include ‘wear and tear’ like musculoskeletal injuries and hearing loss in addition to wounds, the number exceeds one million (out of roughly 3 million who deployed.”

Pat Shanahan was a fan of last night’s speech. Trump’s acting Pentagon chief put out an 11 p.m. statement: “In his State of Union address tonight, President Trump reaffirmed his unwavering commitment to support our troops and to protect American national security interests at home and abroad. Under President Trump’s leadership, we are focused on the full implementation of the National Defense Strategy: increasing lethality, strengthening alliances and partnerships, and reforming the way we do business.”

Trump Announces Second North Korea Summit in State of the Union // Katie Bo Williams: The president stuck to the teleprompter in his 82-minute SOTU speech, the second-longest in history.

The Pentagon’s First AI Strategy Will Focus on Near-Term Operations — and Safety // Patrick Tucker: The document is intended to make commander think through the implications of their new artificial-intelligence tools.

Lawmakers Tell Pentagon: Revise and Resubmit Your Climate-Change Report // Paulina Glass: The most recent one didn’t even meet the legal requirements contained in the 2018 defense authorization act.

When Delete’s Not Good Enough: Navy to Burn 2 Tons of Digital Storage // Aaron Boyd, Nextgov: Researchers at the Naval Surface Warfare Center have a lot of classified information stored on digital devices and issued a solicitation to literally watch it all burn.

Welcome to this Wednesday edition of The D Brief by Ben Watson and Bradley Peniston. Thanks for reading! And if you’re not subscribed, you can do that here. On this day in 1899, the Spanish-American War formally ended with the U.S. Senate’s ratification of the Treaty of Paris. Under the treaty, the U.S. acquired control over Cuba, Puerto Rico, Guam and the Philippines. More on those events from the Library of Congress, here.

The U.S. Army wants to buy quite a few of Israel’s missile defense system, Iron Dome, the service announced this morning in a short statement. The precise number of systems the Army wants isn’t clear, but it needs them to fill a “short-term need for an interim Indirect Fire Protection Capability.” (What’s that? In part, it’s an effort by the Army to thwart drones and cruise missile threats. Why? Those two areas happen to be “high-priority capability gaps,” according to the Army’s IFPC program goals.)
Cost of an Iron Dome battery: About $100 million apiece, the LA Times reported back in 2014. (Each battery has three to four launchers, according to manufacturer, Raytheon.) Business Insider posted a system overview last April.
What to expect now: A series of tests “against a wide variety of indirect fire threats and aerial threats.” The Army reminds us in their statement this morning that even though the system has been up and running for the Israeli Air Force since 2011 — and so is pretty well tested against missiles threats from say Gaza — the U.S. Army wants it for all kinds of purposes perhaps beyond what’s been seen arcing above the Israeli skies.

Happening today: The White House’s special envoy for North Korea, Stephen Biegun, visits Pyongyang for talks with his North Korean counterpart, Kim Hyok Chol.
Their big task: Lay the groundwork for Trump-Kim talks on Feb. 27 and 28 at an unspecified city in Vietnam, as Trump announced Tuesday evening in his SOTU address. (FWIW: “The Vietnamese resort town of Danang is seen as the most likely location,” Reuters writes.)

North Korea is moving around missiles and nuclear weapons and selling arms to places like Libya, Sudan, and to Houthi rebels in Yemen, according to a confidential 317-page report sent to the UN Security Council last Friday and reported on Monday by CNN and Reuters.
What’s more, “The country continues to defy Security Council resolutions through a massive increase in illegal ship-to-ship transfers of petroleum products and coal,” the report alleges.

It looks like the U.S. and South Korea have agreed to keep American troops on the peninsula for another year or so, the State Department announced Monday, via Reuters. “Looks like” because a department spox told reporters there are a few technical details yet to work out, but an agreement has been reached “in principle” for those 28,500 U.S. troops, which Stars and Stripes reports cost about $2 billion a year to house and feed.
The new annual bill for Seoul: $1 billion, a marginal increase from the $848 million annually in the previous “Special Measures Agreement,” which usually spans five years — but which the Trump administration has asked now just span one at a time.
Trump officials asked RoK their counterparts to up their contribution ten times last year — with one reported goal to raise Seoul’s annual tab to at least $1.25 billion, perhaps much more. Stripes notes “officials from both countries have been quoted as saying that Washington wanted Seoul to more than double its annual payment of about $850 million per year,” which would be an ask of more than $1.7 billion. Looks like that $1 billion one year at a time is the compromise.

Visit the front lines of the war on ISIS in Syria with Fox News, which learned America’s Kurdish partners in Syria are deathly afraid of what will happen after the U.S. pulls out of the country, as Trump promised back in December.
Russia plopped down a few more of its S-300 air defense systems inside Syria, the Jerusalem Post reported Tuesday off new satellite imagery from ImageSat.

In other ally news, America’s traditional friends in Europe “fear Trump may threaten not just the transatlantic bond, but the state of their union,” the Washington Post reported Tuesday from Berlin.
The quick read: “They are unsure of whom to talk to in Washington. They can’t tell whether Trump considers them friends or foes. They dig through his Twitter feed for indications of whether the president intends to wreck the European Union and NATO or merely hobble the continent’s core institutions. Officials say Trump, by design or indifference, has already badly weakened the foundation of the transatlantic relationship that American presidents have nurtured for seven decades.” More here.
ICYMI: The U.S. military has found a welcome embrace in Greece, the Wall Street Journal reported Monday.

Another bit of news from Europe: the French military just practiced carrying out a long-range nuclear strike. More on that one from Reuters.

And finally today: For the travelers out there, a humorous monologue from the POV of some real tough guy gear you might find on the back of special operator — or with others perhaps not so tough. The monologue title: “I AM A STRYKER-X ASSAULT BACKPACK, AND THIS AIRPORT LOUNGE IS AN INSULT,” and it comes to us via McSweeney’s.
An excerpt: “Where did I go wrong? When I was a young backpack fresh off the production line, I was a fearsome sight. Matte black Cordura fabric, reinforced zippers, MOLLE webbing, American flag patch, velcro and pouches for days. I was meant to be filled with ammunition, MREs, and tourniquets. Meant to be stained with grit and blood. Meant to be astride the back of a grizzled, bearded commando in a sun-baked war zone. Instead, I am here, with Trevor, in the Delta Sky Lounge. Instead of a combat loadout, I am filled with miscellaneous snacks, a Kindle 38% through an Elon Musk biography, and self-loathing… Oh no, Trevor is unzipping me. What fresh humiliation will this bring? Ah, he is getting another Lara Bar from one of my pouches — one of six designed to hold extra 40mm grenades. I hope he chokes.” Read the rest, here. 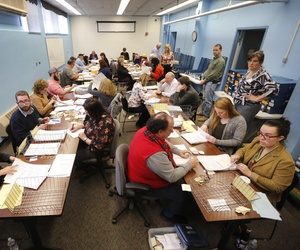 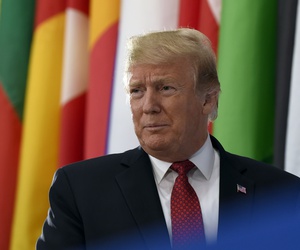 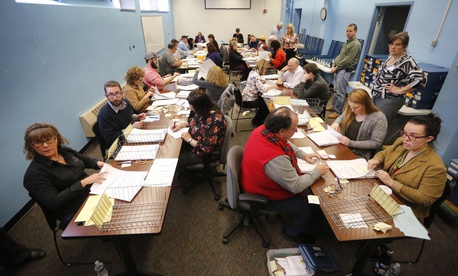 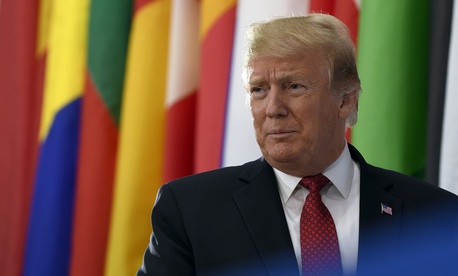