CJCS warns tech industry about China: Gen. Joseph Dunford issued another warning to Google and other Silicon Valley companies whose cooperation with China on artificial intelligence development he says is directly aiding the People’s Liberation Army. Speaking Thursday at the Atlantic Council, Dunford said tech companies who do such work “help an authoritarian government assert control over its own population” and “enable the Chinese military to take advantage” of U.S. technology. He also said that he has no beef with Google personally — and reveals that he is to meet with company execs next week. D1’s Kevin Baron has more, here.

Meanwhile: Trump administration still using unauthorized apps for official communications, House overseers say. In a Thursday letter to the White House, Rep. Elijah Cummings, D-Md., notes that the House Oversight Committee has been asking for two years about indications that presidential advisor and son-in-law Jared Kusher, presidential advisor and daughter Ivanka Trump, and other administration officials have been using Whatsapp and other insecure apps for official business, including unarchived communications with foreign leaders.

Subpoenas threatened: “Oversight has also obtained documents showing that then-deputy national security adviser K.T. McFarland and then- White House strategist Steve Bannon used personal email accounts during their time in office,” Washington Post’s Joe Marks writes off the letter. “The committee is asking the White House for a full accounting of all official business conducted on personal accounts by April 4 — and threatening subpoenas if it doesn’t get it.”

That follows Cummings’ Tuesday WaPo oped in which he accused the White House of stonewalling various national-security investigations, including a review of White House security clearances. “The White House argues that Congress is not entitled to any information about individual employees, including former national security adviser Michael Flynn, who pleaded guilty to lying about his communications with the Russians; current national security adviser John Bolton, who worked directly with the gun rights group founded by now-convicted Russian spy Maria Butina; or the president’s son-in-law, Jared Kushner, who was reportedly given access to our nation’s most sensitive secrets over the objections of then-White House Chief of Staff John F. Kelly and others.” Read, here.

And change your Facebook password. The company stored between 200 and 600 million user passwords in plain text on servers that thousands of Facebook employees — and who knows who else — could access, Brian Krebs reports. It’s another “Oh ••••!” moment for the company that spent the last year in a seemingly endless series of privacy-related scandals. Facebook says none of its employees misused the data, and that it would notify the users whose passwords were compromised.

‘This is Not About Me and Google,’ Says Dunford, Who Will Meet Execs Next Week // Kevin Baron: Artificial intelligence businesses in China help an authoritarian government and erode America’s military advantage, the Joint Chiefs chairman said.

US Army Contradictions Muddy Humvee-Replacement Plan // Marcus Weisgerber: The service intends to buy 500 fewer JLTVs next year — but will it still buy the total planned 49,000?

Trump’s Golan Announcement Was No Impulse Tweet // Kathy Gilsinan, The Atlantic: The push for Trump to make such a move has been going on for more than a year, due to parallel efforts by Israeli officials and members of Congress.

Cyber Threats Are Emerging Faster Than DHS Can Identify and Confront Them // Jack Corrigan, Nextgov: Secretary Nielsen: “The discipline of understanding what is emerging is where I find we are lacking.

Welcome to this Friday edition of The D Brief by Bradley Peniston and Paulina Glass. Thanks for reading! And if you’re not subscribed, you can do that here. OTD1933: Germany opens its first concentration camp, at Dachau.

Two U.S. troops killed in Afghanistan. They died Friday while conducting an operation, said Pentagon officials, who have released no further details pending notification of their families.

That brings this year’s toll to four in the country, including the January deaths of Army Ranger Sgt. Cameron Meddock and Special Forces Staff Sgt. Joshua Beale.

About 14,000 troops remain in Afghanistan, where peace talks with the Taliban continue.

Is that last speck of ISIS done? Pentagon won’t say. A day after Trump displayed a map and bragged that the group would on Wednesday night lose its last bit of Syrian territory east of the Euphrates River, Pentagon spokesman Charlie Summers could not be persuaded to say whether that had, in fact, happened. Writes WashEx’s Jamie McIntyre: “It’s not that he wouldn’t say. He literally could not get the words out of his mouth that would address the query, which began with Bob Burns of the Associated Press asking whether the last speck of territory held by ISIS in Syria had been retaken. “Did that happen?” he asked.

Summers: “They continue to pursue ISIS and to ensure that with our partners in the region that we eliminate their ability to reform. The amount of territory they held is smaller and smaller and smaller, and that’s all I have for you.”

Commandant: Border deployments straining Marine Corps. Los Angeles Times: In a pair of internal memos, Marine Corps Gen. Robert Neller wrote that the “unplanned/unbudgeted” deployments to the Mexican border and funding shifts under the president’s emergency declaration are posing “unacceptable risk to Marine Corps combat readiness and solvency.” These and other unexpected demands have “forced him to cancel or reduce planned military training in at least five countries, and delay urgent repairs at bases,” the Times reported. Read on, here.

Trump advisors encouraged Taiwan to request purchase of 60 F-16s, which has subsequently received “tacit approval” by the administration, Bloomberg reports. The request, which still must be formally submitted to the DOD and State Department, and approved by Congress, has ruffled feathers in Beijing. A Chinese Foreign Ministry spokesperson said Friday China remains in “consistent and clear” opposition to all arms sales to Taiwan. Some of Bloomberg’s sources say the request also includes tanks. The White House declined to comment. Read, here.

In the meantime, a D Briefer who may have recently muttered the words “domestic terrorist” in connection with his offspring urges David Solimini to write his proposed book that “explains national security concepts in the context of parenting.”

Sample chapter titles in his Twitter thread include: “I’m going to count to three! Deterrence and compellance,” “Ok, which of you broke the vase? The attribution problem,” and of course, “Never forget that they’ll pick your nursing home: hegemonic transitions.” Have a great weekend. 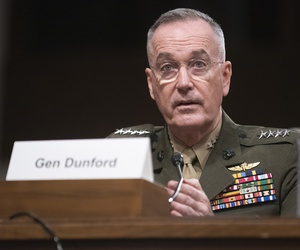 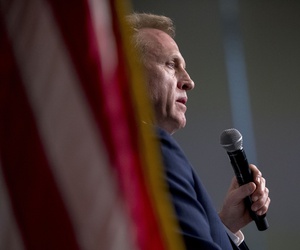 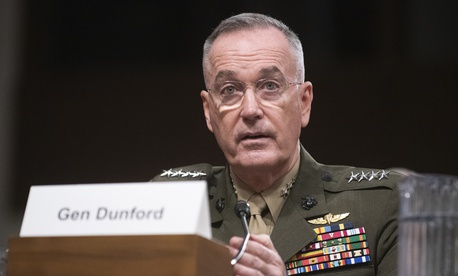 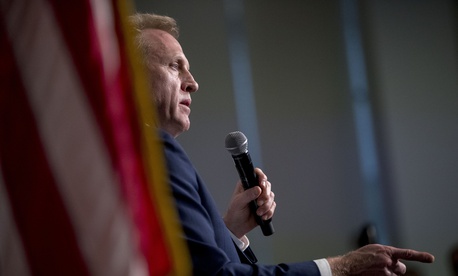