Russia says North Korea is ready to denuclearize, sort of. But first, the Hermit Kingdom “needs solid security guarantees,” Vladimir Putin said after Day One of his first summit with Kim Jong-Un. The Russian leader did not elaborate on what a such a guarantee might look like, the Associated Press reports from Russia’s the far-eastern port city of Vladivostok.

While none of us know what those guarantees are, Putin said he’d tell President Donald Trump in time, saying “there are no secrets.” Putin did say, however, that whatever deal the U.S. pitches on denuclearization with North Korea will need to involve multiple other countries, too — a framework that sounds similar to the Iran deal.

Said Putin: “I’m deeply convinced that if we get to a situation when some kind of security guarantees are needed from one party, in this case for North Korea, that it won’t be possible to get by without international guarantees. It’s unlikely that any agreements between [the] two countries will be enough,” Reuters reports.

Find 38 photos of the two nuclear-armed state leaders chatting, smiling, riding an escalator, watching each other, being watched by others, and more via AP, here.

What do the two leaders want from each other? Putin is angling for “broader access to North Korea’s mineral resources, including rare metals,” AP writes. Kim, on the other hand, “covets Russia’s electricity supplies and investment to modernize its dilapidated Soviet-built industrial plants, railways and other infrastructure.”

The Wall Street Journal’s headline for today’s meeting: “From Russia, Not Much Love: Kim-Putin Meeting Proves Light on Substance”

Jam out with the two leaders’ soundtracks from a gala dinner earlier in the day featuring the Russian classic song “Black Eyes” and a Korean song called “the Great Commander,” (possibly this version?) according to Russian state media’s readout of how Putin and Kim bided their time together.

One more thing: Russia’s floating nuclear power plant is now operational, and the Barents Observer can tell you all about it, here.

It’s Getting Harder to Track US Progress in Afghanistan // Katie Bo Williams, Defense One: Almost every metric “is now classified or nonexistent,” says the special inspector general for Afghan reconstruction.

Progress Is Finally Being Made on Security Clearance Backlog // Lindy Kyzer, Government Executive: “For the first time ever, the executive and legislative branches are on the same page about this issue.”

Welcome to this Thursday edition of The D Brief by Ben Watson. Thanks for reading! And if you’re not subscribed, you can do that here. On this day in 1898, the U.S. formally declared war on Spain in the name of Cuban independence. As a result, Spain would eventually lose control of not just Cuba, but also Puerto Rico, the Philippines Islands and Guam — which is quite a haul for a conflict that lasted just eight months. By the time it ended in December, “The war had cost the United States $250 million and 3,000 lives, of whom 90% had perished from infectious diseases,” according to the Library of Congress.

Just in: Acting SecDef Pat Shanahan has been cleared in the ethics probe that’s reportedly kept him from receiving a formal nomination from President Trump to lead the Pentagon, the Wall Street Journal’s Nancy A. Youssef and Gordon Lubold report this morning. Which means we should expect that formal nomination pretty soon — “within days,” according to defense officials speaking to the Journal.
Find the initial complaint against Shanahan, via the Center for Responsibility and Ethics in Washington, here.

The Taliban attacked an Afghan military convoy and killed nine policemen in western Farah province, AP reports today from Kabul. In addition, “shortly after the attack on the convoy, other Taliban insurgents targeted and briefly overran the district police headquarters. After a few hours of clashes, reinforcements arrived and wrested back control of the headquarters.” Tiny bit more here.

Get to better know what a “militia” is in the U.S., thanks to this short Twitter thread from Angry Staff Officer — as well as this Wednesday evening report from the Washington Post’s former Army infantryman, Alex Horton.
Where this “militia” attention comes from: The now-notorious work of the United Constitutional Patriots; the toy police badges the UCP wear; the arrest of its leader, Larry Mitchell Hopkins, by the FBI on Friday; the internet publicity of its spokesman, Jim Benvie; and whether or not what the UCP is actually doing at the U.S.-Mexico border — what Benvie alleges is simply “observing and reporting” — in fact amounts to armed kidnapping and coercion.
Said law professor Jonathan Turley to WaPo: “Militia is a term used in a rather fluid manner. It’s loosely defined as an armed group engaged in some paramilitary operation… In some ways, these groups are George Zimmerman on steroids.”
Said Angry Staff Officer when the story broke on April 18 via the New York Times: “The militia is an entity in US and State Code, that receives its authority from the governor, through the Adjutant General of the state, in keeping with the laws and regulations of that state. Stop calling armed thugs ‘militia.’” More from WaPo, here.

In other border news Wednesday, President Trump diverged from the Pentagon’s explanation of what happened on April 13 when “five to six members of the Mexican military approached and questioned [two] U.S. soldiers, who were near Clint, Tex., in an unmarked vehicle owned by Customs and Border Protection,” according to Navy Capt. Pamela Kunze, speaking to WaPo about the exchange.
For the record: “An inquiry by CBP and DOD revealed that the Mexican military members mistakenly believed the U.S. Army soldiers were south of the border with Mexico,” Kunze wrote. “Though they were south of the border fence, U.S. soldiers remained in U.S. territory, north of the actual border.”
That didn’t stop Trump from attempting to leverage the story for political ends, tweeting at 8 a.m. Wednesday: “Mexico’s Soldiers recently pulled guns on our National Guard Soldiers, probably as a diversionary tactic for drug smugglers on the Border. Better not happen again! We are now sending ARMED SOLDIERS to the Border. Mexico is not doing nearly enough in apprehending & returning!”
Tweeted former Marine Jim La Porta of Newsweek — who authored the report bringing the April 13 episode to national attention just last Friday — in reply: “Mr. President, appreciate you bringing up @Newsweek reporting, but you have a couple of facts wrong 1) Army soldiers were not National Guard. 2) No evidence at the moment to support the theory of a diversion tactic by Mexican troops”

By the way: About Twitter… “The median U.S. adult Twitter user tweets just twice each month, but a small number of extremely active users post with much greater regularity,” Pew Research wrote Wednesday in a new report on the social media platform that will probably honestly surprise few who use the platform. “As a result, much of the content posted by Americans on Twitter reflects a small number of authors. The 10% of users who are most active in terms of tweeting are responsible for 80% of all tweets created by U.S. users.”

This week in Africa, Ethiopia had its interest cancelled until the end of the year on all of its loans from China. What did Ethiopia do next? Immediately get indebted to China again — signing a “$1.8bn investment agreement with State Grid Corporation of China, covering electric power transmission, distribution lines for Ethio-Djibouti Railway,” Bloomberg’s Nizar Manek reported Wednesday from Addis Ababa.
Three reads on this approach to foreign relations:

Another nation about to sign up for China’s Belt and Road initiative: Peru — joining Chile as Latin American nations warming to Beijing against Washington’s wishes. More from Reuters, here.
And more still on how China is confronting “debt fears” around the globe — as “the number of new Belt and Road projects has plunged… 42 percent in the first half of 2018 compared with a year earlier” — via AP reporting this morning from Beijing, here.

The French navy just sailed through the Taiwan Strait in a rare transit, possibly even the first ever, Reuters reports this morning. “The passage, which was confirmed by China, is a sign that U.S. allies are increasingly asserting freedom of navigation in international waterways near China. It could open the door for other allies, such as Japan and Australia, to consider similar operations.”
Beijing’s reax: “China notified France it was no longer invited to a naval parade to mark the 70 years since the founding of China’s Navy.”
According to Taiwan, “the strait is part of busy international waters and it is ‘a necessity’ for vessels from all countries to transit through it,” a defense ministry spox told Reuters.
For what it’s worth, “Last month, France and China signed deals worth billions of euros during a visit to Paris by Chinese President Xi Jinping.” So watch this space. Read on, here.
Extra reading: “None too soon, US readies to combat Beijing’s South China Sea aggression,” via former DOD-er Joseph Bosco, writing in The Hill, here.

Apropos of nothing: That absurd hacker-triggered traffic-snarling scene in the 2007 film, “Die Hard 4” (aka “Live Free or Die Hard”), may not be so absurd after Vice News’ Motherboard reported Wednesday that “A hacker broke into thousands of accounts belonging to users of two GPS tracker apps, giving him the ability to monitor the locations of tens of thousands of vehicles and even turn off the engines for some of them while they were in motion.” Story here.

And finally today: Drones are being used to deliver “life-saving vaccines, blood and medicines to patients in Ghana this week in the largest scheme of its kind,” global vaccine alliance GAVI announced Wednesday. “The project — led by Zipline, a California-based robotics company — is designed to deliver to around 2,000 health facilities serving 12 million people across the west African country,” Reuters writes. “Zipline said a similar but smaller project had made more than 13,000 deliveries of blood products since it was launched in Rwanda in 2016 — about a third of them for emergency life-saving treatment.” More here. 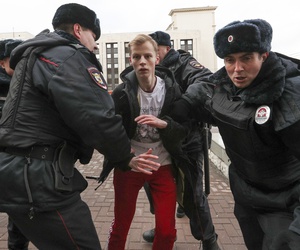 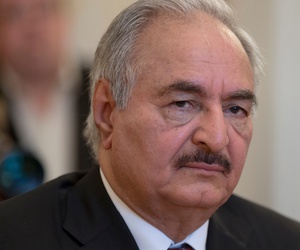 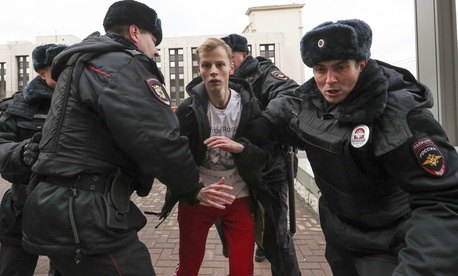