Trump’s next NSA; Saudi attack mystery endures; A 41st airstrike on Somalia; What soldiers will carry in 2050; and just a bit more…

Meanwhile, the White House fired the general counsel of the Department of Homeland Security. John Mitnick became the latest DHS leader to be dismissed because…it’s not yet clear. One anonymous White House source tells the New York Times that he was ousted by the White House general counsel’s office, and not presidential advisor Stephen Miller, “who has been a main force behind previous homeland security firings. But two other people briefed on the events disputed this account.”

US Air Force to Shift Billions of Dollars to Network Its Weapons // Marcus Weisgerber: The clock is ticking on Gen. David Goldfein’s signature project.

The Saudi-Oil Attacks Aren’t Game-Changing. They Show How the Game Has Changed // C. Anthony Pfaff of the Army War College: International norms and laws on proxy warfare encourage bad behavior. It’s time to change that.

The US Military is Not, and Can Never Be, Afghanistan’s Police // Sarah Albrycht, military policeman: If we were ‘almost a police force’ in Afghanistan, we already would have won.

Everyone Is Getting Sucked Into the Iran Morass // Kathy Gilsinan, The Atlantic: The U.S. threatened Iran after an attack on a Saudi oil field sent global energy prices soaring, showing how the tensions affect literally everyone.

U.S. officials insist Saturday’s Saudi refinery attack originated in Iran, despite lacking evidence (so far this morning) from some very expensive military equipment. That’s because the U.S. and Saudi militaries’ “elaborate air defense systems failed to detect the launch of launch of airstrikes aimed at Saudi Arabian oil facilities, allowing dozens of drones and missiles to hit their targets,” U.S. officials said on Tuesday, according to the Wall Street Journal.

“I’m, like, 100 percent convinced,” said Senate Homeland Security Committee Chairman Ron Johnson, R-Wisconsin, to reporters Tuesday after reading an intelligence report on the attacks, which involves apparently convincing data concerning “the origination point of the strikes,” according to NBC News.

And anonymous U.S. officials say those attacks “originated from Iranian territory in the northern Persian Gulf…near Iran’s southern border with Iraq,” according to the Journal. NBC used slightly different language, referring to “a series of low-altitude cruise missiles fired from at least one location in the western region of the country.” And Reuters sort of combines the two to describe the origin point as “southwestern Iran.”

Happening today at 10:30 a.m. EDT: Proof of an Iranian link? The Saudi Defense Ministry says it will present to the world “material evidence and Iranian weapons proving the Iranian regime’s involvement in the terrorist attack,” Reuters reports this morning.

U.S. options under consideration at the White House: “a cyberattack or physical strike on Iranian oil facilities or Revolutionary Guard assets,” NBC News reported separately. There could also be “multilateral sanctions with allies against Iran,” but no one knows yet how that would look since the U.S. has been sanctioning the stuffing out of key Iranian leaders and organizations for months.

Amid the U.S. talk of escalation, it seems someone in the Pentagon is using the P-word. “U.S. military planners have revisited a long-identified list of potential Iranian targets that could constitute a proportional response,” NBC’s Josh Lederman, Courtney Kube and Carol E. Lee reported. “Those include a strike on Iran’s Abadan oil refinery, one of the world’s largest, or Kharg Island, Iran’s biggest oil export facility… Other possibilities include hitting missile launch sites, bases or other assets belonging to the Islamic Revolutionary Guard Corps.”

What POTUS45 did Tuesday evening: Feuded with Sen. Lindsey Graham about the merits and perils of U.S. military restraint on Twitter.

Three questions amid the whodunit over Saturday’s Houthi-claimed attack:

Those are not questions with neat answers; and there may only be one that’s worth entertaining. But no one seems to be talking about Yemen; only Iran.

The U.S. Air Force, however, appeared to show Yemen as a possible place for U.S. troops in 2030, according to this slide shared on Twitter by Air Force Magazine’s Brian Everstine. It’s from Air Force Chief Gen. David Goldfein’s remarks Tuesday at the 2019 Air, Space & Cyber Conference going on this week at the National Harbor in Maryland.

Granted, the map is just an image; still, it’s kind of notable that — as Everstine flagged — it “Looks like Afghanistan will still be going strong.” Djibouti was also pinned as a possible U.S. deployment location in that 2030 map. Hard to say if that’s good news for the military that the U.S. is training in Somalia today. Speaking of which…

The U.S. military just carried out its 41st airstrike in Somalia this year. It happened Tuesday and, like 35 others in 2019, it targeted al-Shabaab fighters. According to U.S. Africa Command, the strike killed two of those Shabaab fighters northwest of Kismayo, in Lower Juba Province.

Wanna quickly review recent U.S. airstrikes in Somalia? The New York Times’ Charlie Savage has been tweeting AFRICOM airstrike releases from that conflict going back to at least January.

And don’t miss our podcast from April on why the U.S. has escalated its war in Somalia over the past several months right here.

Happening today at the Pentagon: a briefing on the ISIS war from Defeat-ISIS Task Force Director Chris Maier. It’s not going to be livestreamed; but for those who can make it to the Pentagon, it starts at 10:30 a.m. EDT.

About those Iraq accounts: They spanned “120 Facebook Pages, one Group, two Events and seven Instagram accounts.” The now-removed people “also impersonated other people and used their IDs to conceal their identity and attempt to avoid detection and removal.”

One example FB provided featured an apparent effort to inflame tensions over the U.S. military’s “First Battle of Fallujah” in early 2004. Some of the now-removed accounts go back to at least 2016. And the Atlantic Council’s Digital Forensics Lab found some as old as five years.

And the Ukrainian work was traced back to Pragmatico, which is a Ukrainian PR firm. According to DFL’s analysis, “this network appeared to be a systematic attempt at audience-building: the pages coordinated with one another to amplify the content of the multiple viral news aggregators… by coupling generic news and lifestyle content with hyper-local coverage.” A bit more from Facebook, here.

And in case you missed China’s Hong Kong-linked social media work, Twitter and Facebook both recently suspended thousands of accounts they insist was “part of Chinese state-linked efforts to discredit protests in Hong Kong,” NPR reported Tuesday. After looking through many of those accounts, “telling details begin to paint a portrait of massive disinformation campaigns.” NPR has details, here. 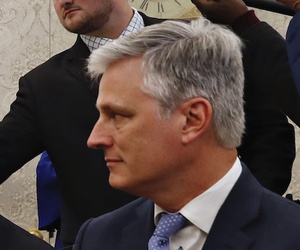 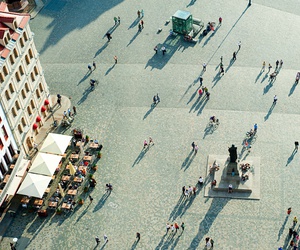 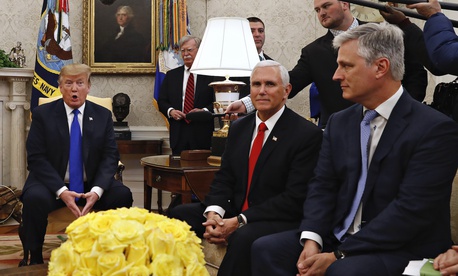 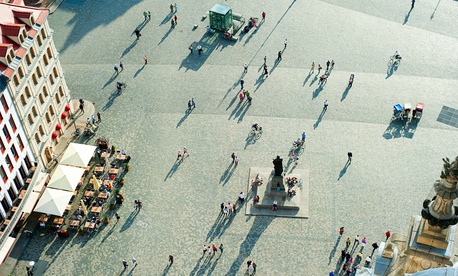