U.S. leaders are preparing for the country’s “largest economic rescue bill in history.” A draft $2 trillion stimulus bill passed its first big test this morning after White House and Senate leaders from both parties came to an agreement on what the Associated Press calls “the largest economic rescue bill in history…intended as a weekslong or monthslong patch for an economy spiraling into recession — or worse — and a nation facing a potentially ghastly toll” from the novel coronavirus moving swiftly around the world.

Nearly every industry has withdrawn its “financial guidance or outlook, as the world economy grinds to a halt in a major effort to stop the potentially deadly coronavirus from spreading,” Marketwatch reported Tuesday. India, e.g., just initiated (AP) the world’s most widespread “total lockdown” order yet for its 1.3 billion people.

Which is why President Donald Trump wants the U.S. economy reopened by April 12 — Easter — “despite widespread warnings from public health experts that the worst effects of the coronavirus were still weeks away and that lifting the restrictions now in place would result in unnecessary deaths,” as the New York Times put it. And Trump continued to say false things on live TV, including “a baseless claim of surging suicides if the U.S. economy remains mostly shut,” AP wrote in a fact-check report immediately afterward.

But his military leaders advise much more time before a return to normal for the U.S. military’s uniformed and civilian personnel. On Tuesday, Defense Secretary Mark Esper told DoD personnel that they could expect to telework “weeks for sure, maybe months.”

The Army has put all facilities worldwide on HPCON-C, the second-highest level of health protection measures — and its quick-response forces on HPCON-D, the very highest: “Soldiers are expected to remain at home for extended periods of time” amid “severe risk and widespread community transmission.” Read more at The Prognosis, our running list of military-related COVID-19 news, here. More, including the latest numbers of troops afflicted, after the jump.

Defense Industry to DOD: If We Send Workers Home, Will You Penalize Us? // Marcus Weisgerber: Execs want clarity on Pentagon guidance that suggests they must choose between sending employees to factories or defaulting on contracts.

Esper to DOD: Expect to Telework for ‘Weeks For Sure, Maybe Months’ // Brandi Vincent, Nextgov: At a virtual town hall, the defense secretary asked troops and employees to be extra careful of phishing attempts and to disregard dis- and misinformation about COVID-19.

Thermal Camera Market Explodes as Coronavirus Spreads // Patrick Tucker: Temperature readers could be coming to a workplace near you.

China’s Coronavirus Disinformation Ensnared Its Chief Target  // Adam Serwer, The Atlantic: Trump’s “Chinese virus” tweets are, in part, an attempt to cover up how he ignored U.S. intelligence and believed Beijing.

It’s Time for the US and Saudi Arabia to Break Up // Daniel DePetris: Riyadh’s recent crude-oil dump is the latest indication that the oil-for-security basis of the special relationship is no longer applicable.

Welcome to this Wednesday edition of The D Brief from Ben Watson and Bradley Peniston. If you’re not already subscribed to The D Brief, you can do that here.

Now 227 U.S. troops have tested positive for COVID-19 as of Wednesday morning, according to a DoD fact sheet. That’s up 53 from yesterday.
Three sailors on the aircraft carrier USS Theodore Roosevelt have COVID-19, acting SecNavy Thomas Modly said at a Pentagon briefing Tuesday. The Roosevelt is deployed in the Philippine Sea, according to U.S. Naval Institute news. And the sick are being airlifted off the ship, Modley said.
Defense contractors want guidance, urgently. Among their questions: can we send our employees home from crowded factories and offices? Defense One’s Marcus Weisgerber reports on defense execs’ nervous wait for Pentagon guidance.

Florida’s governor wants the state declared a disaster area, AP reports. That would mean federal aid for a state that is seeing widespread layoffs and “hospitals, medical facilities, and first responders are facing challenges rarely experienced before,” Gov. Ron DeSantis wrote in a letter to Trump released late Monday. Read on for more from Florida, including reports of infants and toddlers infected with the virus, here.
SOCOM’s first case. Tampa-based U.S. Special Operations Command says a civilian there tested positive for COVID-19 on 21 March, eight days since he or she was last inside SOCOM HQs, Howard Altman reported on Twitter Tuesday evening.
By the numbers: Confirmed U.S. coronavirus cases skyrocketed over the past seven days, rising sharply from 5,902 on March 17 to 53,478 on Tuesday, the New York Times reports. That’s to be expected as testing accelerates; at least 360,000 Americans have been tested for COVID-19.
The total U.S. death toll this morning: 728, per the New York Times. That’s up from 555 on Monday, and one on March 1, according to Worldometers.

Shooting in Kabul temple leaves more than two dozen dead. An alleged ISIS gunman assaulted a Sikh temple in Kabul and killed at least 25 people, Stars and Stripes reports from the Afghan capital. Two attackers entered the building dressed as bodyguards and immediately began what turned out to be a roughly six-hour assault, the Wall Street Journal reports.
At least one of them “lobbed grenades and fired his automatic rifle into the crowd” before holding nearly 80 “worshippers hostage for several hours as Afghan special forces, helped by international troops, tried to clear the building,” AP reports separately.
Worth noting: “It was the second attack this month in Kabul by Islamic State,” the Journal writes. The previous shooting took place at an outdoor ceremony among largely Shiite Afghans three weeks ago. Thirty-two people died in that attack. Reuters has a bit more, here.
Outside the capital, “at least eight civilians were killed in southern Helmand province when their vehicle hit a roadside mine,” AP reported, noting, “The area is under Taliban control but no one took immediate responsibility.” As well, “insurgents opened fire on a vehicle killing three civilians and a security officer…in a separate incident in northern Kapisa province.” But no one has yet claimed responsibility for that, either.
Extra reading: Afghan officials are facing existential-level dread over the tight spot they find themselves during ongoing, strained U.S.-Taliban talks. The New York Times has more on all that, here.
One last thing: Here’s what the U.S. means by “reducing violence” in Afghanistan, according to the New York Times’ man in Kabul, Mujib Mashal. 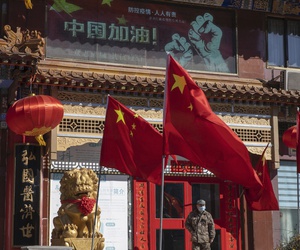 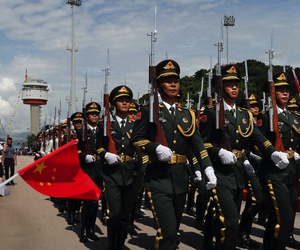 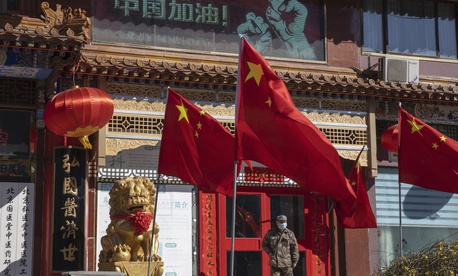 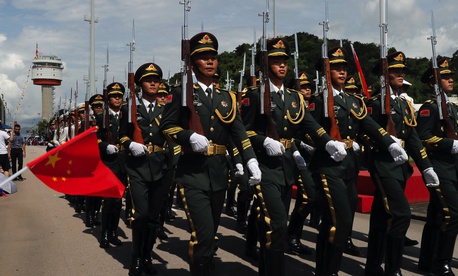