What’s more, the bounties were offered “amid the peace talks to end the long-running war” in Afghanistan, according to Savage, Schmitt and Schwirtz. The Washington Post reports the Brits were briefed about the bounties late last week — which is either shortly before or very close to when the story broke on the Times.

Why this matters: “An operation to incentivize the killing of American and other NATO troops would be a significant and provocative escalation of what American and Afghan officials have said is Russian support for the Taliban,” the Times trio of reporters write, “and it would be the first time the Russian spy unit was known to have orchestrated attacks on Western troops.” That spy team is believed to be Unit 29155 of Russia’s GRU. (More on Unit 29155 from Bellingcat, reporting back in November, here.)

One possible candidate for these bounties concerns “an April 2019 attack on an American convoy that killed three U.S. Marines after a car rigged with explosives detonated near their armored vehicles as they traveled back to Bagram Airfield,” AP writes this morning.

Where much of this suspicion stems from: SEAL Team Six reportedly found about $500,000 while raiding a Taliban outpost earlier this year. The NYTs reports the bounty conclusion was reached “as early as January” by American “intelligence officers and Special Operations forces in Afghanistan.” This conclusion was further supported by alleged “Interrogations of captured militants and criminals” conducted by those U.S.“spies and commandos,” as the Times describes them.

For the record, both the Taliban and Russia deny the alleged bounties in variously colorful language AP rolls up here.

President Trump tweeted that he was never briefed on the bounties, as the Times alleges happened around late March. “Nobody briefed or told me, @VP Pence, or Chief of Staff @MarkMeadows about the so-called attacks on our troops in Afghanistan by Russians…Everybody is denying it & there have not been many attacks on us.”

And Trump was never briefed, he tweeted again late Sunday, because his intelligence officials “did not find this info credible, and therefore did not report it to me or [Vice President Mike Pence].” That means, according to Trump, the reports are “Possibly another fabricated Russia Hoax, maybe by the Fake News @nytimesbooks, wanting to make Republicans look bad!!!”

However, “The veracity of the underlying allegations continues to be evaluated,” National Security Council spokesman, John L. Ullyot said in a public statement Sunday evening.

House Speaker Nancy Pelosi has reportedly requested a report to Congress on the matter, according to AP. And that could happen as soon as today.

Liz Cheney’s questions for the White House, according to a tweet Sunday from the Wyoming Republican, include:

Meanwhile in neighboring Pakistan, “Gunmen armed with grenades attacked the Pakistan Stock Exchange in the city of Karachi on Monday in a bid to take hostages, killing two guards and a policeman before security forces killed all four of the attackers,” Reuters reports. More on the attack and the accused separatists allegedly behind it — the Baloch Liberation Army — here.

The Army Team That Is Trying to See, and Shape, the Future // Patrick Tucker: The team’s scientists are charting how advances in various fields will unlock more advances, out to 2050.

Intelligence Bill Seeks Faster Clearance Reviews, Other Reforms // Mariam Baksh, Nextgov: The bill would also allow the government to give “derogatory information” about individual contractors to their companies.

Welcome to this Monday edition of The D Brief from Ben Watson with Bradley Peniston. Send us tips from your community right here. And if you’re not already subscribed to The D Brief, you can do that here. On this day in 2014, ISIS declared it had established a “caliphate” in northern Iraq and Syria.

COVID cases are now on the rise in 32 states, per the New York Times’ tracker. Only two states are seeing a 14-day decline, CNN reported Sunday.
Misinformation from the White House. Though coronavirus hotspots in Texas, Florida and Arizona are reporting that their testing sites are overwhelmed, Vice President Mike Pence said on CBS’s “Face the Nation” that anyone who wants a test can get one. Though officials with the American Medical Association said last week that some hospitals — particularly ones that serve Latino communities — lack sufficient personal protective gear, Health and Human Services Secretary Alex Azar II said that wasn’t true.
By the numbers: More than 2.5 million Americans have contracted COVID-19; 125,814 have died, the NYT reports Monday morning. Daily new cases have been higher than the April peak for a week.
Read more: “COVID Cases Are Rising. COVID Deaths Are Declining. Why?” Slate explains.

The Chinese government is forcing birth control and even “abortions and sterilizations on largely Muslim minorities” in Uighur regions of the country, according to an investigation by the Associated Press. The extreme measures are reportedly being undertaken to punish “parents who violate family planning measures by detaining them in camps and prisons,” helping lead to “birth rates in Uighur regions [that] have plunged over 60% in just three years.”

And lastly today: President Trump’s use of Pentagon money to pay for his wall with Mexico was declared illegal — or, as the Washington Post described it Friday, “an illegal overreach of executive authority,” according to a ruling from a three-judge panel of the U.S. Court of Appeals for the 9th Circuit.
However, the Post’s Nick Miroff reported, the Friday ruling’s “long-term implications were less certain, as the Supreme Court ruled in Trump’s favor in a similar case last year and Friday’s decision affects only a portion of the funds the White House has budgeted for what has become one of the largest federal infrastructure projects in U.S. history.” More here. 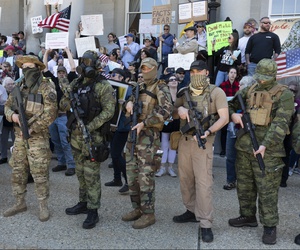 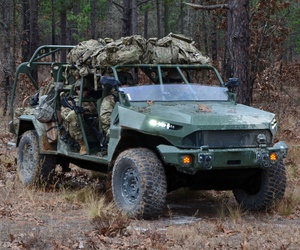 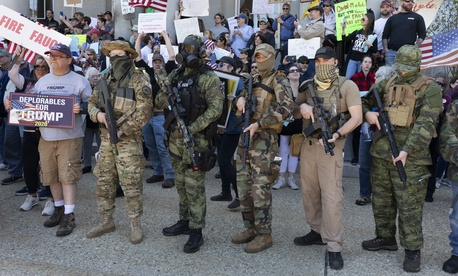 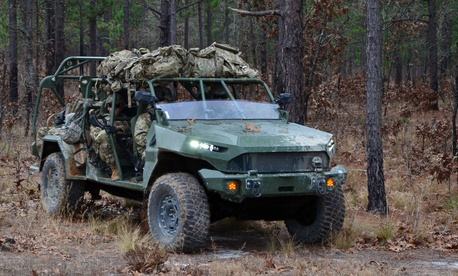