Inside the Disaster Zone
Skip to Content
Get all our news and commentary in your inbox at 6 a.m. ET.
Policy
Hoping to Change Party's Image, Dems Marshal Veteran Candidates

“The Democratic Party just has a terrible brand within the military and we need to repair that. How do I hope to change it? Win. Get in." 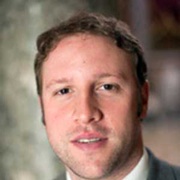 GEORGETOWN, Ky.—Amy McGrath can’t help but slip into military metaphors when talking to her supporters.

Rallying about 40 ardent fans before they canvas on her behalf, the Democratic congressional candidate and former Marine pilot calls them her “first line of defense” against “a carpet bombing” of attack ads from her opponent, Rep. Andy Barr.

As she speaks, her 4-year-old son, George, clad in orange Crocs, clambers through and around her legs like they are a jungle gym, eventually resting on his back in front of her on the hardwood floorboards.

“And the last attack ad …” she interrupts herself, addressing her son. “Can you stand up, or are you not going to do that?” He doesn’t move an inch, and shoots her a mischievous, silent grin. She concedes: “I can pick my battles, OK?”

If there is a blue wave approaching Capitol Hill, it will have a camouflage crest; veterans are running as Democrats in numbers not seen in decades, and many of them are looking to steal victories in Republican strongholds, the districts that Democrats need most to put themselves over the top and retake the House.

What makes a veteran a good candidate is self-evident: Voters tend to trust their service to country as authentically selfless. These candidates have a built-in credibility that allows them to run in Republican-leaning districts and sway independent and even GOP voters. But as years' worth of polls have shown, the public—and veterans in particular—trust Republicans more when it comes to foreign policy and military issues. Democrats hope this crop of candidates will change that.

McGrath’s supporters return the volley as she takes questions in the campaign’s Scott County headquarters. The walls are plastered with copies of letters from government officials in the 1990s responding to McGrath’s entreaties to allow women to fight in wars (she later became the first female Marine to fly an F/A-18 in combat).

“You’re in combat; You have three MiGs on your tail, Trump, [Senate Majority Leader Mitch] McConnell, and Barr. So far, you’re only throwing chaff. What do you want to do?” asks Gaylord VanGuilder, a local retired Army veteran.

“In combat, you never fly by yourself. You always have a wingman,” McGrath answers. “And that’s you. So what am I going to do in that situation? I’m going to rely on some help, because that’s what I would do in combat.”

The proportion of veterans serving in Congress has fallen sharply in recent decades, yet Republican veterans outnumber Democratic ones in the House by a ratio of about 3-to-1. That is part of why Republicans are the beneficiaries of a sizable credibility gap when it comes to military issues.

“The Democratic Party just has a terrible brand within the military, and we need to repair that,” McGrath says in an interview, following her campaign event. “How do I hope to change it? Win. Get in.”

There are some signs that this plan of action is working on a micro level. At a similar campaign event in neighboring Frankfort, Kentucky, Vietnam and Desert Storm veteran Willis McKee, Jr., says he voted for Barr last election, but now is canvassing for McGrath.

“She sent out a manifesto of her stance on things and I read the whole thing and I like what she said. She’s retired military, I’m retired military. … I think she would look out for veterans,” he says. But when asked whether that trust would extend to the Democratic Party as a whole, he concedes, “No, probably not.”

Still, Democrats hope their slate of veteran candidates could tilt the balance. Not only do they hope they can rebut Trump—who received draft deferments during the Vietnam War yet enjoys high levels of support within the military—but they also want to seize the moral high ground on issues that include military spending, diplomacy, and war authorizations.

“As they win, we’re going to have such a strong caucus that I think we’re going to be able to translate that energy and trust for the individual candidates to more of the Democratic Party as a whole,” said Rep. Katherine Clark, a leader in the Democratic Congressional Campaign Committee’s recruitment efforts. “One of our greatest strengths as a caucus is our diversity.

Military service is another important part of the mosaic of experiences that makes us a strong caucus.”

In neighboring West Virginia, state Sen. Richard Ojeda, who is running a competitive campaign for a congressional district that Trump won by 50 percentage points, says much of the gap is owed to Republicans consistently backing military-spending hikes.

“In the military, it’s all about the beans and the bullets. Who will give me the most so that when I go to combat I can have what I need to fight and win this nation’s wars?” he says. “I’m going to tell you, as someone who’s served 24 years in the military, it was the Republican presidents who did the best for us.”

Yet he said his background gives him the credibility to call for efficient cuts if he deems it necessary in a way that would seem less credible coming from civilian Democrats. Both he and McGrath said understanding the human cost of war, as well as the financial cost, would allow them to back soft power and diplomacy over combat, in some cases.

“I ran for office because I found that I had kids in my backyard who are worse off than kids I saw in Iraq and Afghanistan,” he says. “I’m not going to blindly give money when we don’t have money to throw around.”

Jon Soltz, an Iraq War veteran and chairman of VoteVets, a group dedicated to electing more Democratic veterans, said his first move if Democrats take the House will be to lobby for a new Authorization for Use of Military Force. Congress has not voted to back administrative war powers since the George W. Bush era.

“Do you know that Donald Trump has had U.S. forces killed in Iraq, Afghanistan, Syria, Somalia, Libya, Yemen, Niger—all without an AUMF—and he hasn’t gone to [visit] troops in the field one time since he’s been president of the United States?” he asks. “These veterans have the ability to change the foreign policy posture of the United States … where Democrats may not have the credibility.”

Soltz and Clark note that veterans could be credible spokespeople for domestic policy as well. Veterans who carried AR-15s in war could more credibly explain why they should be banned at home. They have received government health care and could credibly argue its merits. They have served with all types of people and understand the importance of diversity.

“I fought with people from all walks of life, different ethnicities, different backgrounds, some who were … trying to become American citizens. They were my fellow Marines. I fought with people of different genders, LGBT, you name it,” McGrath says. “There are many veterans, especially post-9/11 veterans, who are very worried about where our country is headed, not only because [of] our commander in chief, but also because we see some of the core values of our country under attack.”

“For many veterans, we feel like this is not us."

NEXT STORY: McCain’s Likely SASC Successor Is No GOP Maverick