An artist's concept of the CODE program

The U.S. military’s strategy for winning the next major war is to throw a bunch of highly autonomous, deeply interconnected drones, jets, ships, and other things at the enemy. But this massive, coordinated strike across air, land, sea and cyberspace is sure to run headfirst into electronic warfare defenses designed to disrupt the networks that make it possible..

This week, officials with Defense Advanced Research Projects Agency announced that a series of tests at Arizona’s Yuma Proving Ground had shown that live and virtual drones could work together, with high degrees of autonomy, to complete missions even when their communications and GPS were under heavy electronic attack.

See, even the best electronic warfare defenses aren’t perfect. For years, the Defense Department has funded efforts to apply emerging technologies like machine learning and artificial intelligence to the task of finding small areas of spectrum to allow for short bursts of essential communications between military assets—little windows where just enough data can get through to allow for all the components to work together. That’s what they demonstrated in Yuma.

The tests took six live and 24 virtual drones and sent them out on a strike mission to see if they could collaborate with one another, navigate without GPS, find and hit designed targets, deal with unforeseen obstacles or defensive aircraft, and receive mission info from a human commander.

“The demonstrated behaviors are the building blocks for an autonomous team that can collaborate and adjust to mission requirements and a changing environment,” said Scott Wierzbanowski, program manager for the Collaborative Operations in Denied Environment, or CODE, program. The program is set to conclude next year and the tech will shift to the Navy.

That ability to keep in touch with a human, even if that touch is sporadic, is key for the U.S. military, since Defense Department policy requires maintains that a human operator has to at least be on-the-loop for decisions related to the taking of human life. The ability to reach back, even in heavily contested environments, to receive that command will help the Department meet that requirement, but only minimally. It’s hard to imagine that an autonomous armed drone with minimal communication bandwidth would be able to pass back enough intel to help a commander make an informed choice.

Bottom line: the test shows that the U.S. military is well on its way to delegating a lot more decisions to smart weapons on the battlefield. That will have pros and cons, some more foreseeable than others. 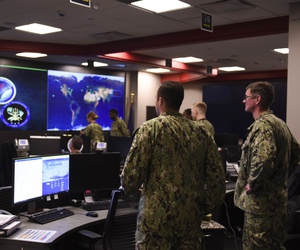 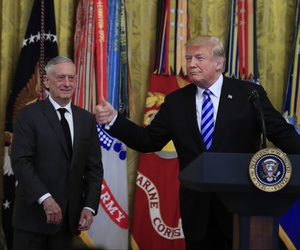 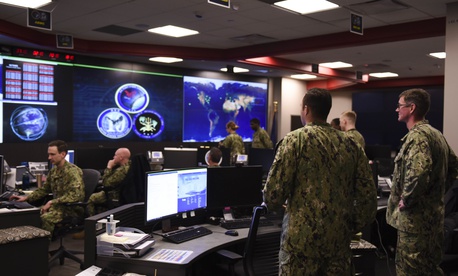 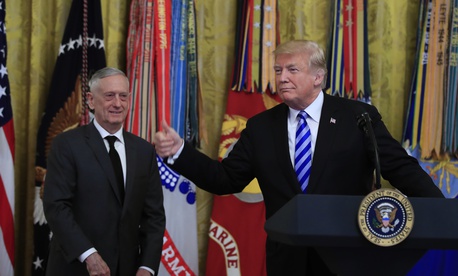