Perspecta's View: Six Steps for DES to Capture Innovation
Skip to Content
Get all our news and commentary in your inbox at 6 a.m. ET.
Science & Tech
The Pentagon Doesn’t Know All the Software on Its Networks—And That’s a Problem

The Defense Department faces “unnecessary” risk without a complete software inventory, according to the agency’s inspector general. 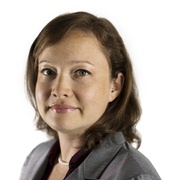 The department doesn’t have an enterprisewide software application rationalization program—an inventory of what the department owns and is in use—as required by the Federal Information Technology Acquisition Reform Act, the Defense inspector general wrote in a report released Tuesday. Such programs help agencies get rid of duplicative or obsolete applications and avoid buying redundant software.

Instead of an enterprisewide solution, the Defense CIO in 2017 revised a Joint Information Environment objective to limit software rationalization to data centers.

“As a result, the DoD and its Components are exposing the DoD Information Network to unnecessary cybersecurity risks because they lack visibility over software application inventories and, therefore, are unable to identify the extent of existing vulnerabilities associated with their owned software applications,” the inspectors wrote.

Last week, Congress recognized some improvement in the department’s FITARA scorecard in part because it created a software library. However, it has lots of room to improve; it only increased its grade from an ‘F+’ to a ‘D+’ and was the lowest scoring agency for several scorecards.

Deasy came onboard as Defense CIO in May, the first permanent CIO since Terry Halvorsen retired in February 2017.

The IG recommended the CIO coordinate the Defense chief management officer to develop an enterprisewide software application rationalization process and create guidance for components that includes at least an annual review of how accurate their owned and in-use software inventories are. The IG also suggested periodic reviews to make sure components are eliminating duplicate and obsolete software applications.

"DOD CIO in coordination with the DOD CMO have been working together to develop a comprehensive business application and software rationalization effort," Defense spokeswoman Heather Babb told Nextgov.

Editor's note: This article was updated with a comment from the Defense Department.

NEXT STORY: US Army Narrows Search For Light Tank to Two Companies