Harvard John A. Paulson School of Engineering and Applied Sciences

Researchers at SEAS have developed a highly compact, portable camera that can image polarization in a single shot.

Researchers copied a technique pioneered by creatures like the mantis shrimp.

There’s a reason why camouflage doesn’t work once you get close enough to touch it. The texture of, say, the woodland pattern intended to conceal tanks or soldiers doesn’t match what nature produces. The farther off you can detect an ersatz texture, the sooner you can pierce the disguise. Animals such as mantis shrimp can do it, thanks to eyes that gather light vibrating in a multitude of directions and view it on a single plane. That process of reducing those light waves shooting off in multiple directions into a single wave is called polarization.

The term has come to encompass a wide variety of lenses and add-ons to cameras that are marketed as “polarized.” But they should be better understood as only partially polarized. These lenses reduce wave directionality, a bit, which can bring down camera glare or make a regular picture somewhat crisper. But these don’t reveal hidden features or objects that would be invisible to the naked eye. There are cameras that produce more fully polarized images, that allow a user to see light from multiple planes one at a time, but these have moving parts and can be very large.

Researchers at the Harvard John A. Paulson School of Engineering and Applied Sciences, or SEAS, have developed a new camera about the size of a thumb, that could allow satellites or drones to see through camouflage and detect hidden objects. The researchers used materials designed at the molecular scale, and a new mathematical understanding of how polarization works, to create the camera, which they show off below. The work was published in the July 5 issue of Science.

The work is partially funded by the Air Force Research Lab. So what is the military’s interest in a much smaller polarization camera?

“Polarization carries information about the nature of textures. If sunlight scatters off of, say, a grassy field and the smooth surface of a vehicle, polarization information will differ significantly, even if the vehicle is camouflaged (color-wise) and/or in thermal equilibrium with the background,” said Noah Rubin, one of the study’s authors.

That could make it harder for enemies to hide. 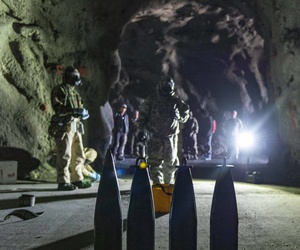 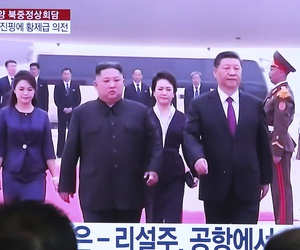 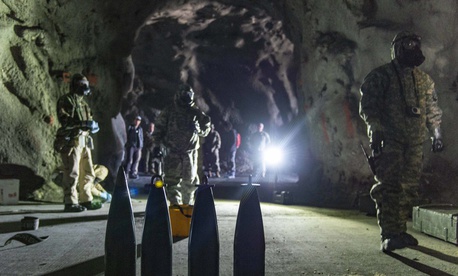 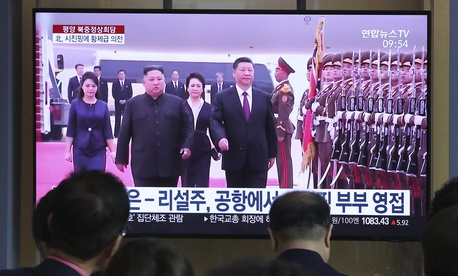