The experiment would be part of a long history of testing microwaves for power transmission.

Little is known about the X-37B space plane and what, exactly, it’s been doing during missions that now total nearly eight years in orbit. On Wednesday, the U.S. Air Force revealed some of the satellite payloads and experiments it will carry aloft this month, including one that will try converting the sun’s energy into a form that can be sent to Earth.

“The U.S. Naval Research Laboratory, will transform solar power into radio frequency microwave energy which could then be transmitted to the ground,” Air Force officials told reporters during a telephone briefing.

A 1-square-foot solar panel will try to convert solar radiation to regular DC current and then into microwaves and sent via cable to a box to measure, a first in space, said Paul Jaffe, an electronics engineer at the Naval Research Lab. The experiment could pave the way for much larger solar arrays that might someday generate enough power to send useful amounts to the ground (if funding continues.)

Efforts to beam energy to and from altitude go back to 1959, when Raytheon’s William Brown sold the Defense Department on a concept for a helicopter that would hover at 50,000 feet, well above atmospheric winds, powered by a microwave ray from below. The concept didn’t make it to reality, though in 1964, they were able to lift a very small microwave-powered helicopter a few feet off the ground.

In the 1960s, Brown went on to work with NASA’s Wernher von Braun on converting microwave beams into electrical current. The concept had particular relevance for powering future spacecraft — but also promised a way to harness the power of sunlight, up to 10 times more potent above the atmosphere and its dust, for use on earth.

Sending direct electric current to earth via an antenna would require a device too large to be practical. But it is possible to send microwaves to earth from space with an antenna that could actually make it to space.

In 1975, NASA’s Jet Propulsion Laboratory staged a breakthrough demonstration. In the Goldstone Experiment, researchers sent a 2.388-Ghz beam more than a mile over the Mojave desert to a rectenna that converted it to 30 kilowatts of power.

Later, Japan and Canada overtook the United States in space-solar power research. NASA took a fresh look in the 2000s but “In the last ten years, numerous articles have been written about SSP, but supportive research has been sporadic at best,” researchers Bernd Strassner and Kai Chang wrote for IEEE in 2013.

The launch of the X-37B Orbital Test Vehicle, OTV-6, is scheduled for May 16 at Cape Canaveral Air Force Station in Florida. The launch vehicle will also carry five more experimental payloads in the FalconSat-8 educational satellite.

Two NASA experiments will “study the results of radiation and other space effects on a materials sample plate and seeds used to grow food,” the Air Force said in a statement.

While the X-37 belongs to the Air Force, the new Space Force is “responsible for the launch, on-orbit operations, and landing,” the statement said.

Of course, microwaves from space could also, potentially, be a weapon. The Defense Department has floated the idea of space-based microwaves to fry the electronics of missiles taking off from launch pads. But Brian Weeden, technical advisor for the Secure World Foundation, said that limited power levels suggest the current experiments aren’t about that.

Jaffe said that a “solar power satellite would be very difficult to weaponize,” in part because microwaves have a long wavelength, which makes it dangerous to get to an appropriate level of power density to be useful as a ray gun.

“We’ve seen nothing so far to indicate that the X-37B is an offensive platform as many had speculated. All the evidence points to it being used as a platform to test out new technologies and potentially new [concepts of operation] for missions like remote sensing and surveillance,” Weeden said.

Weeden’s main concerns about the X-37B are that it puts stuff in space and doesn’t tell anyone.

“On the previous mission they deployed three small satellites from the X-37B and didn’t even catalog them until after it had landed and those satellites had decayed from orbit,” he said. “That’s the sort of non-transparent and potentially irresponsible behavior the U.S. has criticized the Russians and Chinese for in the past.”

Jaffe says space-based power would make it possible to send clean, consistent electricity to virtually any place on earth. He likened it to GPS in its conceptual phase.

“We’re not surprised when people are incredulous about space solar,” he said, “But GPS was once inconceivable and it’s everywhere today” 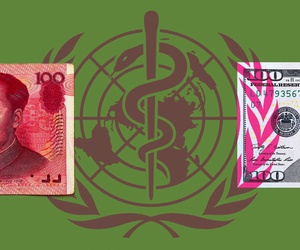 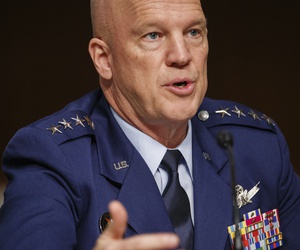 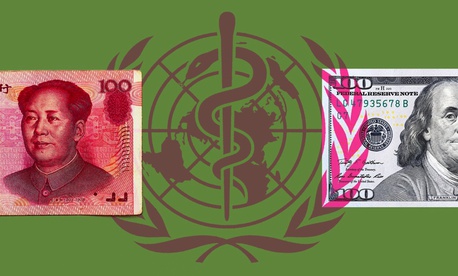 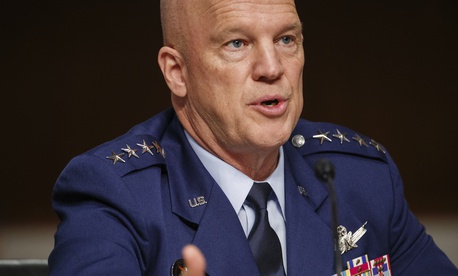