Federal Agencies Tap Data Visualization to Track and Mitigate the Spread of COVID-19
Skip to Content
What you need to know about the defense industry - in your inbox.
Business
House Approves 1.8 Percent Military Pay Raise 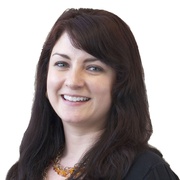 The House on Wednesday passed a major spending bill that includes a 1.8 percent pay raise for service members in 2014.

The fiscal 2014 Defense Appropriations Act does not include funding for a civilian pay increase next year. The bill passed  315-109.

President Obama proposed a 1 percent pay raise for military personnel in 2014, which is what the current Senate defense authorization bill recommends. If the Senate sticks with the 1 percent pay raise, then lawmakers will have to reach consensus during conference committee on the final amount to give service members. Current law mandates a 1.8 percent boost for service members for 2014; the formula for determining service members’ annual pay increase is based on the Bureau of Labor Statistics' Employment Cost Index and the growth in private-sector wages.

The two bipartisan amendments, approved late Tuesday, prohibit the department from using any budget funds to impose unpaid leave on civilian workers. One of the measures would apply to all civilian Defense workers subject to unpaid leave; the other would protect employees paid out of working capital funds.

“This vote shows there is overwhelming support in the House to halt civilian defense furloughs,” said Rep. Doug Lamborn, R-Colo., who co-sponsored the measure to prohibit furloughs of all civilian Defense employees in fiscal 2014. “This amendment is a first step toward restoring sanity to the Defense budget and restoring pay to our nation's civilian defense workers.”

More than 650,000 civilian Defense employees are on furlough for 11 days through Sept. 30.

“I am pleased that the House came together to pass an amendment that protects civilian workers from needless furloughs,” said Cole, who co-sponsored the measure that would protect 180,000 working capital fund employees from furlough beginning Oct. 1. “Working capital fund employees continue to work even during administrative furloughs like those imposed by government shutdowns after failure to pass appropriations bills. There is no reason for furlough of these workers when the funds for their services have already been set aside, as WCF employees are engaged in work funded with prior year money. As a result, commands where employees are paid through WCF monies have more than enough resources to avoid imposing any furlough days.”

Matt Biggs, legislative and political director of the International Federation of Professional and Technical Engineers, said the House bill won’t go anywhere, given the Democratic-controlled Senate and the White House veto threat. “However, the votes are important because they set a marker for omnibus negotiations later on down the road when they get serious about finalizing the fiscal 2014 spending bills,” Biggs said.

The union pointed out that Congress tried to ensure the department avoided furloughs in fiscal 2013 by shifting $10 billion into the account that pays employee salaries. “Despite giving DoD the flexibility needed to meet their sequestration responsibilities, and pay all salaries, the Pentagon nonetheless made the decision to continue forward with an 11-day furlough for most DoD workers,” wrote IFPTE President Gregory Junemann in a July 23 letter to House lawmakers. The Pentagon reduced the number of furlough days from 22 to 14 in May after Congress approved its request to transfer funds, and later whittled unpaid leave down to 11 days.

The two separate amendments -- one offered by Lamborn and Democrat Beto O’Rourke of Texas, and the other by Cole and Democrat Derek Kilmer of Washington -- do not eliminate sequestration. No provisions in the legislation would reverse the mandatory, across-the-board budget cuts in fiscal 2014, which Democrats criticized.

J. David Cox Sr., president of the American Federation of Government Employees, praised the adoption of the Lamborn-O’Rourke and Cole-Kilmer provisions.

“The rationale Pentagon officials advance for these needless, across-the-board furloughs is workforce morale: we’re all in this together. This is laughable,” Cox said in a statement. “Could there be anything more damaging to morale than using furloughs to diminish productivity, increase costs, and force hundreds of thousands of working- and middle-class Americans, many of whom live paycheck-to-paycheck, to forfeit a fifth of their income at the end of the fiscal year -- in order to gin up congressional opposition to sequestration?”

Asked whether the furlough-related amendments in the House bill will survive, Rep. Mike Turner, R-Ohio, toldGovernment Executive that he was “hopeful that before the provisions need to be enacted that the president and the Senate will come to resolve it [sequestration] on a more permanent basis.” Turner, whose district is home to Wright-Paterson Air Force base and thousands of civilian Defense employees, voted against the 2011 Budget Control Act which mandated the sequester. Earlier this year, he co-sponsored a bill that would pay for one year of defense and non-defense sequestration by requiring a 10 percent reduction over 10 years in the federal workforcethrough attrition and a pay freeze for members of Congress.

The House also included in the Defense spending bill an amendment, offered by Kilmer, that prevents the department from denying security clearances to civilian employees because of financial hardship due to sequestration-related furloughs.

House lawmakers rejected an amendment to the Defense spending bill offered by Rep. Rob Wittman, R-Va., that would have banned the Pentagon from using funds to plan or implement new rounds of military base closures and reorganizations, known as BRAC. The Obama administration proposed new BRAC rounds in its fiscal 2013 and fiscal 2014 budget recommendations.

The White House on Monday threatened to veto the bill if it reaches the president in its current form. The statement specifically took issue with the legislation’s pay provisions and rejection of the administration’s recommended fee increases to TRICARE, the military’s health care system. The administration “strongly urged” Congress to set the military pay raise at 1 percent. The spending bill includes a measure that would prohibit funds from being used to create an enrollment fee for TRICARE for Life beneficiaries, who are age 65 and older.

“Consistent with the views of the uniformed military leadership, the president’s budget requests a 1 percent increase to basic pay, a 4.2 percent increase in the basic allowance for housing, and a 3.4 percent increase in basic allowance for subsistence. This total compensation level recognizes the sacrifices made by the men and women in our armed forces, while adhering to the current budget constraints faced by DoD,” the administration said. The policy statement also urged Congress to support the 1 percent pay hike for federal civilian employees, because “a permanent pay freeze is neither sustainable nor desirable.”

As for TRICARE, the administration said it was “disappointed” that lawmakers have “consistently failed to support requested TRICARE fee initiatives that seek to control DoD’s spiraling health care costs while keeping retired beneficiaries’ share of these costs well below the levels experienced when the TRICARE program was implemented in the mid-1990s.”