Building Stronger Public Health through the Pandemic and Beyond
Skip to Content
What you need to know about the defense industry - in your inbox.
Business
The Soldier Who Pawned His iPhone, or Why Management Matters

All the strategy and planning in the world doesn’t matter if you can’t get things like payroll processing right. By Tom Shoop 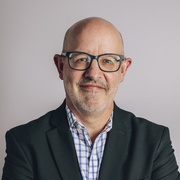 That is not exactly shocking. Soldiers, like other Americans, sometimes get in over their heads financially and are forced to take extreme measures. In the case of Aiken and his fiancée, those also included selling off jewelry and the medical bag he used while serving in Afghanistan.

But Aiken didn’t get himself into financial trouble. In an exhaustively reported piece last week, Scot J. Paltrow and Kelly Carr of Reuters detail how the Defense Department put him there. While Aiken was receiving treatment at Ft. Bliss, Texas, for the effects of traumatic brain injury, post-traumatic stress disorder and a hip injury -- among other ailments -- Defense officials began systematically and erroneously withholding huge amounts of his pay. By December 2011, Aiken’s paycheck, ordinarily about $3,300, had dwindled to a mere $118.

Anyone who’s ever dealt with a human resources or payroll operation in an organization, large or small, knows that mistakes happen. And in the military, unfortunately, they happen all the time -- sometimes in the most tragic of circumstances. Why?

Part of the answer is the staggering complexity of the military pay system. It covers millions of soldiers, sailors, airmen and Marines (including members of the Guard and Reserves), whose pay status can change by the day depending on whether, where and if they are deployed. Service members are eligible for special pay rates in war zones, and if they’re injured, certain debts to the military are supposed to be forgiven. The whole system is supposed to be run by the Defense Finance and Accounting Service, or DFAS, but this centralized operation like many DOD outfits depends heavily on the individual services for information and updates about service members’ status.

There’s a deeper reason for the ongoing payroll problems, though. And as in all things defense, it boils down to an acronym -- in this case DIMHRS, short for the Defense Integrated Military Human Resources System. DIMHRS (rather unfortunately pronounced “dime-ers”) was born in the late 1990s as a catch-all answer to the military’s pay and personnel issues. The system was supposed to be rapidly developed, then implemented in phases, beginning with the Army in 2004.

But as with so many other huge information technology projects in government (not to mention many major Defense acquisitions), things didn’t go as planned.

By September 2003, the DIMHRS launch date had stretched to late 2005, and even then the Army was only going to get to use the system in limited fashion. Still, David Chu, then undersecretary of Defense for personnel and readiness, promised it would “provide everyone, most especially the combatant commanders, with much better visibility over what is ultimately the most important resource they have, and that is their people."

Eventually, the Pentagon started developing a stopgap system, called Forward Compatible Payroll, to address problems such as highly publicized issues with Guard and Reserve pay. (And even in that effort, the Government Accountability Office found, the Pentagon didn’t follow its own guidelines for technology investments.) In the meantime, the DIMHRS project wheezed along, with the services layering on literally thousands of new requirements. By early 2009, the system was way over budget and was still in the testing phase.

It fell to then-Deputy Defense Secretary Gordon England to make a decision on DIMHRS’ future. He gathered top military brass at the Pentagon to weigh options. Their recommendation: Pull the plug. As Reuters’ Paltrow and Carr reported, “the consensus, according to participants, was that the only way to make it work would be to pull a four-star general from the wars in Iraq and Afghanistan to manage what they saw as a bookkeeping project.”

That’s the problem, though -- if getting something as fundamental as the military compensation system right is viewed as a mere “bookkeeping project,” then it’s unlikely the Pentagon will ever devote the time and attention needed to get it right. And if the Defense Department keeps trying to build such critical systems without the oversight of top military and civilian officials, its efforts are likely doomed to failure.

To make matters worse, the capacity for managing a large-scale information technology initiative in the area of human resources has probably diminished in the years since DIMHRS was canceled. And in the era of sequestration, things are likely to continue to get worse, not better.

After all, what was DFAS doing at the time the Reuters report appeared last week? Along with other Defense agencies, it was beginning the process of furloughing its employees. “Rest assured,” DFAS insisted, “we will continue to make payroll on time for our military, civilians, retirees and annuitants.”

Doubtless DFAS employees will do everything in their power to make sure that happens. But with outdated systems and cumbersome processes in their way, Shawn Aiken and other service members can be forgiven for feeling anything but assured.

NEXT STORY: This is What the Pivot Looks Like